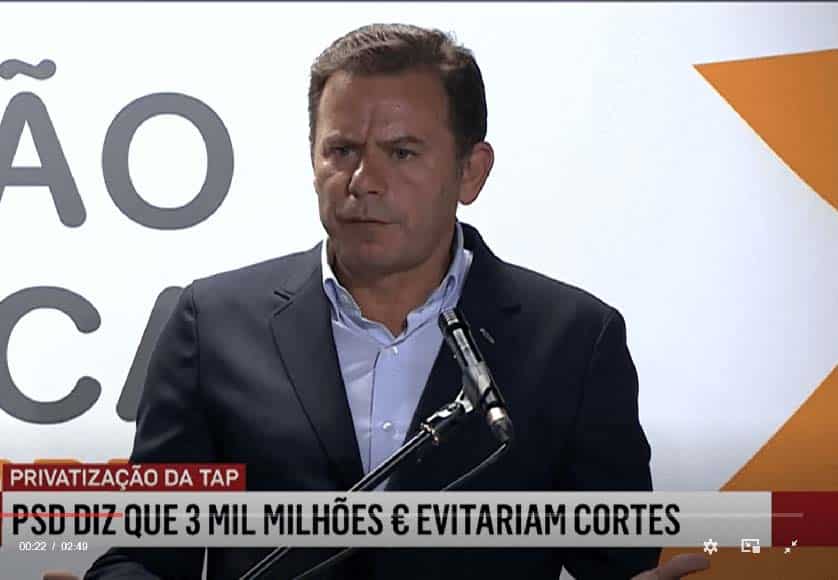 On the final day of a party event in Coimbra, PSD leader Luís Montenegro made headlines (again) exposing the eyewatering maths behind the government’s handling of Portugal’s ‘flagship airline’ TAP.

Six years ago – when PS Socialists were returned to power – majority ownership of TAP was in private hands. The government insisted however that this had to be reversed because the country “couldn’t be without” its flagship airline. Since then €3 billion has been ploughed into the company – and the government now admits it should be reprivatised.

There is a saying in Portuguese about Socialist governments: ‘quero, posso e mando’ ( translating into: I want, I can, I decree).

Said Montenegro, the government renationalised TAP because it wanted to, and now it is planning to reprivatise the airline because it can.

“After having injected so much money” power makers “think this is the best way forwards? Are these people playing at government? Are they playing with our money?” Montenegro’s questions were rhetorical. “These €3 billion could have been used, for example, in avoiding cuts to pensions for at least the next three years… What has been done in TAP is a political and financial crime…”

The Portuguese need to look at this situation, and draw conclusions over politicians’ management of public resources, “because when I am prime minister, this is how I want to be judged”, he thundered – admittedly to an audience that was overwhelmingly sympathetic. But in the context that TAP has suffered a humiliating summer – and while the government is accused of blindsiding pensioners while saving itself a cool billion euros – Luís Montenegro’s words may well resonate.

“Portugal has become poorer through the choices of António Costa and the PS”, he said, buoyed no doubt by the latest opinion polls, delivered by ICS/ ISCTE for Expresso / SIC, which show the government has gone from the equivalent of ‘heaven’ to ‘hell’ in the space of just six months of ‘absolute majority’.