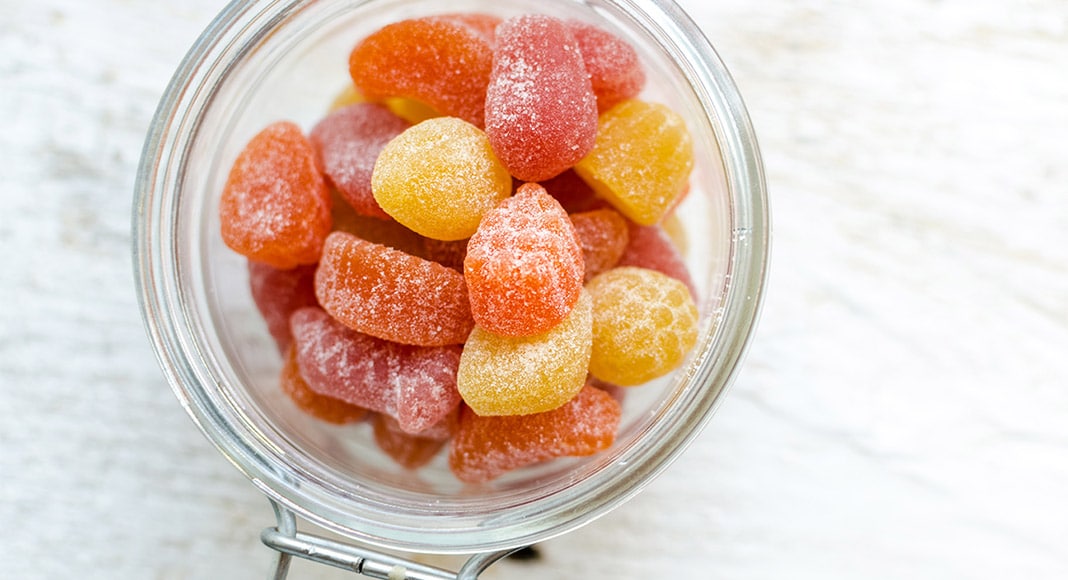 Friends and family are what expats miss the most from wherever “back home” is located. Quite naturally, the whole family didn’t relocate to the southern coast of Portugal and neither did our bridge club or golf foursome. Especially now with travel restrictions due to the pandemic, this separation situation has become much more problematic, as they say.

Actually, the plan was (and hopefully still is in the future) that many of our dear, but no longer near, family members and “bestest” buddies would come visit us in a place internationally known as an outstanding vacation destination.

Now that 2020 has hit with a vengeance, we are no longer hosting Mom and her new husband or our grown kids for stunning holidays with lots of visits to all the nice beaches and reasonably priced restaurants.

They’ll be able to sometime, but when? We’re not getting any younger.

Of course we can keep in touch with our old college pals, lifetime next-door neighbours or our cousins on social media, but that is not the same, especially now that we found out just how ardent Trump supporters some of them have become. Defriending people on Facebook probably means they won’t be flying across the Atlantic anytime in the foreseeable future. So, we continue to send the rest beautiful photos of the cliffs and sunsets and hope that they won’t be too jealous and realise that the plan all along was to share.

Another facet of life that many expats miss is being able to speak the local language. Of course, if we’re really planning to live here for a while, we should attempt to learn Portuguese, which we’ve all discovered is an extremely easy language to pronounce. There is a reason that an excellent English-language newspaper like The Resident exists – so educated reporters like Natasha Donn can translate and tell us what’s going on.

In addition, the Algarve makes it very easy to get around speaking English because the tourist trade here is supported by visitors from the UK and the local businesses have adapted. However, that’s not everywhere – one reader from central Portugal reported that she “can go six months without speaking to any one in English”. I, for one, can speak pretty good “restaurant” and “hardware store”, but I always bring an example of the piece if I can. What I can’t do is conduct an erudite extended conversation with native speakers. Heck, I don’t always understand what the Brits are saying.

In my previous column, I discussed all the “home cooking” we missed from “back home”, with a special emphasis on regional specialties and brand names. To a certain extent, the same is true with other stuff we’re learning to live without. Indeed, people reported that they missed Walmart, Denny’s, The Pancake House, Marshalls, Target, Barnes and Noble, Stein Mart and H&S, and even Walgreens.

Big drug stores have pharmacies in the back but also carry shampoo, cosmetics, beauty aids, hair products, magazines and newspapers, greeting cards and giftwrap, and plenty of over-the-counter medications.

When my lovely wife and I used to host visitors, we would sometimes request that they bring us a care package including a huge jar of 500 Tylenol because we can only get a punch card of 20 here. Readers reported they miss Advil, Claritin, Tums, Chapstick and Preparation H (don’t ask). They also longed for gummy vitamins and real Q-tips. One reader is struggling without “good quality crayons”, while another can’t find a decent silicon spatula.

We have plenty of supermarkets and some nice grocery stores around town, some with quality butchers and fishmongers, but there are still items we miss. Decent plastic bags, especially ziplocks seem rare, with just a different standard including aluminum foil and nothing as good as Saran Wrap.

As one reader noted, “every day that goes by, I miss such things less and less”, and then admitted that she was on her way to Costco, across the border in Spain.

Many residents from the British Isles miss the shops on “High Street”. Even though there seem to be plenty of such shops in Loulé and Faro, it’s not the same. More than one respondent claimed to miss “Pot” shops, which obviously depends on where you’re from, but I get it. Public libraries were also missed, even when the person had a Kindle.

A number of readers have noted that some things are just not as common here as those we took for granted before we moved. Automatic cars, for example, are pretty standard (might not be the right word) in the States, but here stick shifts are the norm. This causes particular concerns for Portuguese car rental companies, who are forced to watch American tourists lurching out of the parking lot.

While you’re right to expect a washing machine in your new rental unit, you might be surprised to discover that there isn’t a clothes dryer side by side. Instead, there’s a foldout metal stand, where your boxer shorts are hung out with clothespins to dry in the breeze. How natural.

Generally the selection of electrical appliances does seem to be more limited, with icemakers missing from most refrigerators. In fact, ice, even out of trays (how’s that for a flashback?), seems more precious. You might also think there would be more ceiling fans for, you know, the warm months.

A couple of big people have complained that the bathrooms here are often small with tight spaces and skinny shower stalls. When my lovely wife and I lived in Mt. Airy, Maryland, our master bathroom seemed (in retrospect) like a Roman bath with a Jacuzzi tub as well as a shower and a broad vanity and sink in front of a five-foot mirror – so we sympathise. Then there are the toilets, which by EU rules don’t use as much water to flush. That’s why toilet brushes are standard equipment. There don’t seem to be many smoke alarms either.

Well, now we’re down to personal preferences. For instance, one expat claimed to miss rain while two mentioned snow.

In my next column, I’m going to survey what we don’t miss, and I’ll prevue that our expat friends from more northern climes such as Germany and Scotland don’t miss the drizzle at all. Obviously, if you’re into snowshoeing, Portugal is not ideal. The country does boast at least one ski resort, though.

The fall colours here are not as vibrant as the Catskills nor are spring and summer greens as verdant as I recall from my days in Panama. It’s a tradeoff – 300 days of sunshine tends to dry out what few lawns there are instead of rock gardens in front of our rented villa.

A couple of my friends miss going to the horse races, but they still manage to bet online. What I share with a number of American sports fans is that we don’t get to watch NFL football, major league baseball or the NBA games at a normal hour. For me, recording a game and watching it after it has already been decided is just not the same. Since Portugal is in the same time zone as Great Britain, those football, cricket and rugby fans don’t have the same worries.

Stephen Fry, the popular British wit, once wrote: “It’s the unnecessary things that you can’t live without.” I’m not sure that’s entirely fair but even though it would be nice to have our online orders delivered in two days, we can live with longer waits. There’s so much available here that with a positive attitude which allows us to adapt, we’re able to do just that – make do with all that we do have.

One respondent, who apparently follows The Resident online, wrote: “I’m back in the US for an extended period for business reasons and I miss everything about Portugal and can’t wait to get back.”

First of all, thank you to our readers who took the time to share some of their insights. I know I learned plenty and also had a number of my impressions reinforced. Stay tuned for the third column in this series that will deal with what we expats don’t miss now that we’ve located to scenic, historic, friendly and safe Portugal.

There’s still time, but only for comment on what it is that you do not miss. Please remember that grumpy Ol’Pat lacks the patience to read anything but brief communications and that I do not plan to credit any sources and reserve the right to edit and possibly combine ideas and/or concepts while filtering your input through my unique perspective. 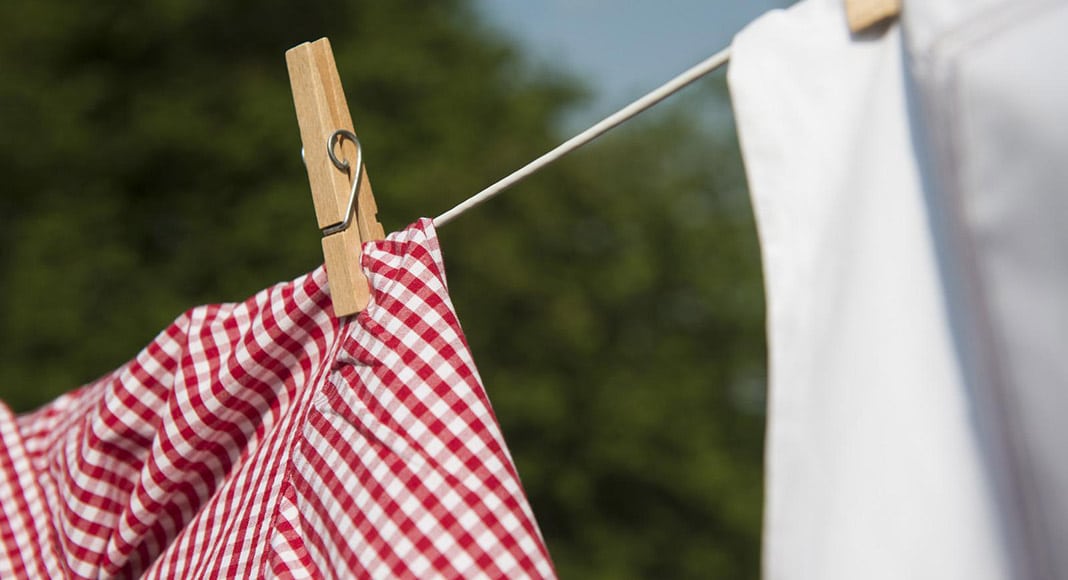