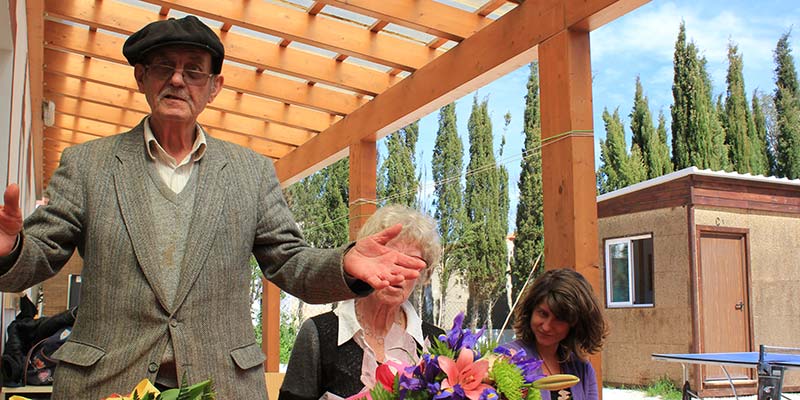 Generations of former pupils who attended private schools in the Algarve in what was a golden age for so many have been deeply saddened to hear of the death on December 31 of one of the west Algarve’s best loved teachers: Jok Addison, the seemingly unflappable Scotsman who brought the English language and world history into the classroom in a way that even the most disinterested sat up and listened.

Jok’s partner and fellow teacher Trudy van der Steeg has sent us an obituary, which follows:

Jok came to the Algarve in the late 80s followed by his partner Trudy.

He started soon to teach in The International School in Porches. His free days did not last long as they were filled with requests from friends to tutor their children at home. Trudy joined the tutoring and soon their home became too small.

Together with the help of parents the tutoring moved to an area called Vale Verde and Vale Verde College was started in a disused primary school at Quatro Estradas, midway between Lagos and Praia da Luz.

Jok was an excellent teacher with a warm heart and a fund of knowledge from unbelievable directions.

He always went to school with tremendous pleasure in his heart.

He believed in the teenagers. He always enjoyed his teaching and so did the students. They also liked that he often forgot to give them homework.

Jok and Trudy´s work is continued at Aljezur International School. A school you never hear a bad word about as it should be, and as it certainly was in Jok and Trudy´s days.

His wisdom and knowledge are missed.