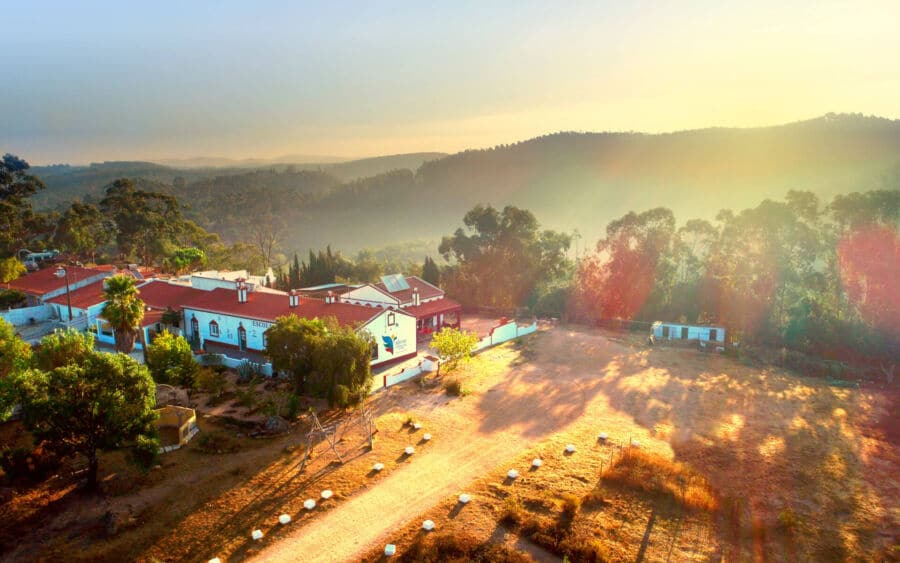 Licence revoked … but authorities do not say why

Aljezur International School – one of the Algarve’s most sought-after English-speaking secondary schools – has suddenly been hit with a “notice to close”.

According to a letter received from DGEstE (the general directorate of educational establishments in the Algarve) the little school with a long waiting list must cease “all activities by August 31”, and move forwards with transferring its 73 pupils to alternative places of learning.

The reason? This is where the story descends into such farce that parents and teachers are refusing point blank to do as they are told.

The ‘trouble’ seems to have started in 2018 (although even this is still unclear). Certainly between 2014 – when the school’s provisional licence became definitive – and 2018 someone somewhere in the education ministry changed the school’s official status. It became an “extra curricular” – a body OUTSIDE the acknowledged Portuguese system – but this situation was never officially (or even unofficially) communicated to the school. As a result, the school went on operating within Education Ministry requirements and standards; it went on reporting annually, sending lists, benefiting from situations like ‘free dental checks’ for pupils; fast-tracked Covid vaccines for members of staff. At no time were school directors told their little school was no longer considered to be ‘an official school’.

It was only when a parent sought to transfer his daughter from the GCSE level at Aljezur to the 10th year in the Portuguese State system that Aljezur’s state of ‘outlaw-hood’ came to the surface.

Since that time, the school board has been doing everything in its power to a) find out what happened to cause the 2014 licence to be changed, without any kind of notice or explanation, and b) reverse the situation.

As if this was not already ‘bad enough’ fast-forward to a sudden ‘school inspection by the AT tax authority’. Again, this in itself is an anomaly. If the school is not considered a school, why is it being inspected as a school by the tax authority? Who sent the tax authority to the school?

But the visit threw in another curved ball: one of the  inspectors informed the school’s directors that ‘as the school has no licence, it will have to pay IVA on fees received for the past x-number of years’.

Suffice it to say, no-one at Aljezur International School has any intention of giving in to this wildly murky situation without a massive fight.

This is a school with a fabulous record of achievement; families move to the area (often from abroad) in order to be able to see their children educated here. It is a school that prides itself on small classes, with great attention given to individual needs. It is a school that has always been supported by the local municipality, which, say directors, are still ‘right behind us’.

So, the fight is on.

This newspaper – learning of the issues in July – wrote to the education ministry asking “how can a school not be considered a school when it receives all the benefits of being a school and has never received any paperwork to say it is not a school?”

We were given no explanation. The reply received simply told us to direct our questions to a different department (which we did… to receive no response).

Coming as it does at a point where UK media is highlighting the drama of Britons issued with residency papers that are not recognised anywhere in Europe, it is just another story underlining the workings (or failings thereof) of bureaucracy in Portugal.

It remains to be seen whether authorities in this case decide it is in everyone’s interests to ‘work things out’ or whether they prefer to become embroiled in an ugly, very public fight.