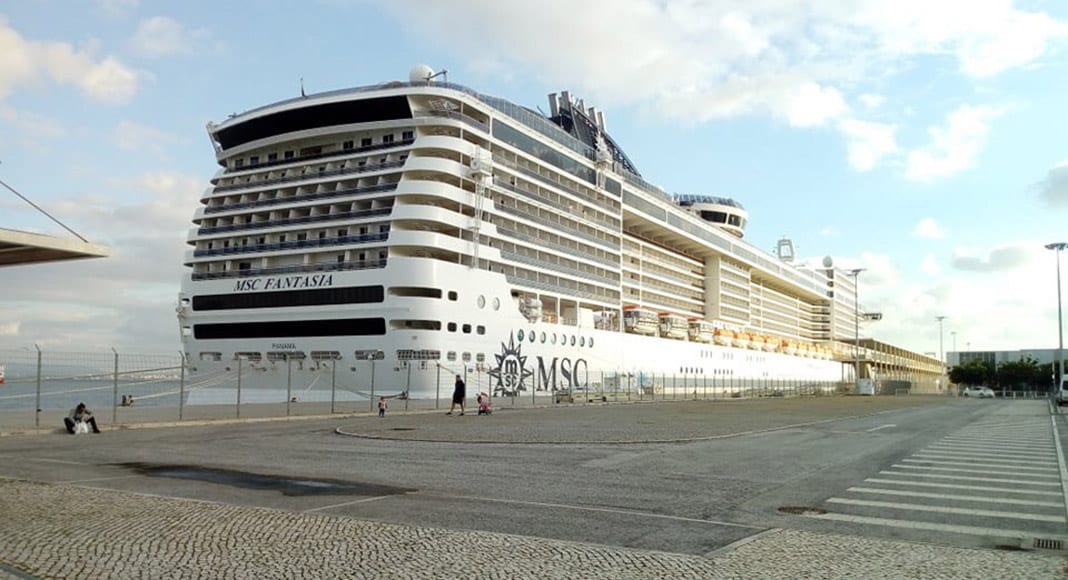 Two Portuguese crewmembers, stuck on the Costa Atlântica cruise ship in Nagasaki, Japan, have mounted a hunger-strike in a bid to finally be released from their misery.

“We’re being kept against our will”, said Pedro Almas, talking to Observador online.

“We’ve been stuck in our cabins for 22 days, with no cleaning or change of sheets. This is treating people like animals.

“They (cruise line authorities) have taken away by liberty. I haven’t committed any crime. I haven’t hurt anyone. I have a right to leave – but first I have to take a test”, he explained.

Both Almas and his so-far-unidentified coworker are the only members of the Portuguese group of staff onboard who tested positive for Covid-19.

But that was weeks ago.

Since then, they have both been ordered to stay in their rooms: they say they’re ‘fed’ substandard food, given no information, deprived of any workable internet signal with which to talk to friends or family – and worse still, they have no idea when they’ll be given a second test to show whether they are now virus-free.

Neither man appears to have been ill from the virus which infected around 148 crew members out of a universe of 623.

When the ship first docked in Nagasaki, minister of foreign affairs Augusto Santos Silva said the return of Portuguese nationals onboard was the responsibility of the companies that had originally hired them.

Bit by bit various staff members have been repatriated. A group of Filipinos, for instance, was allowed to go home last week. But Almas and the other Portuguese on board have been given no idea when their turn will come.

The Portuguese told Observador that the standard of food is getting steadily worse.

This isn’t the first horror story surrounding workers on a luxury cruise ship.

Hundreds of crew members are still stuck in their cabins on the MSC Fantasia docked in Lisbon despite constant entreaties to be allowed to return home (click here).

Said freelance journalist Meryem Dutoğlu – a PhD student in political sciences at the University of Lisbon who has been covering the Fantasia debacle – this shows how the pandemic is affecting the most ‘vulnerable’ when it comes to social strata.

“When it came to the Fantasia’s 1338 passengers who paid thousands of euros for a luxury cruise holiday, authorities proudly announced that they had all been successfully repatriated. When it comes to crew, many of them are still onboard – without getting paid even a portion of their salaries, waiting for news that never seems to come about the day they may return home”.

SIC television news carried a short ‘update’ on the Fantasia last week, suggesting the ship is hoping to leave Lisbon later in the month for a Mediterranean port. It all depends on which port will be closest to airports opening up, said SIC.

No mention was made of the plight, or indeed anguish, of the non-EU staff on board.

A source for the cruise line promised the Resident she would get some information back to us weeks ago. Again, nothing came through.

Meantime, Pedro Almas and his colleague will be sitting in their dirty cabins in Nagasaki port refusing all food until something changes.

The foreign affairs ministry has said it is “accompanying the situation”.

According to the Japan Times, “the Atlântica is operated by CSSC Carnival Cruise Shipping, a partnership between Carnival Corp. and state-owned China State Shipbuilding Corp. The Chinese entity is the majority owner”.