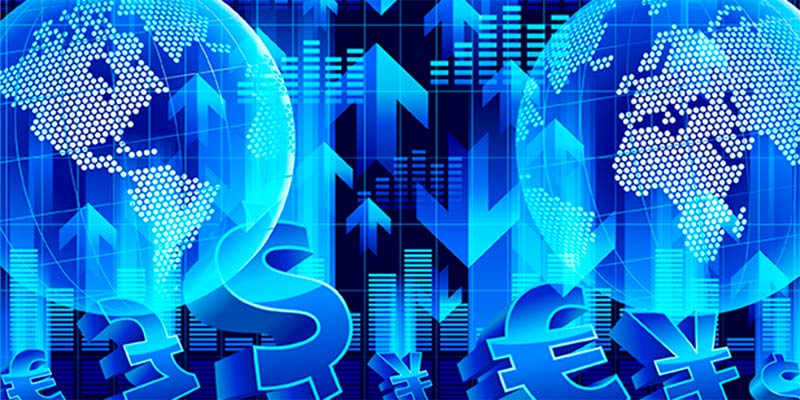 The pound almost achieved the near-impossible feat of flipping between first and last position five days in succession. (South Africa’s rand spoiled the flush by performing slightly worse on Thursday.) Almost needless to say, it was the evolving Brexit narrative that provoked the gyrations. Pessimism followed optimism followed pessimism. Most recently, the Commons decision to postpone departure day was vaguely disappointing because – on this occasion at least – parliament rejected a second referendum.

UK economic data took a back seat to Brexit. Some of them were respectable – industrial and manufacturing production increased in January and the economy expanded by a monthly 0.5%. Some were mediocre – the trade deficit widened and the RICS house price balance fell to an eight-year low. Sterling came out of it all reasonably well, strengthening by an average of 0.2% and losing out only to the NZD and SEK.

The euro is all but unchanged on the week against sterling. That is not to say they moved together through the week. While the pound swung this way and that, the euro headed serenely higher against the USD. It is more than one US cent higher on the week.

The most eye-catching economic statistics from the euro zone were those for German factory orders and industrial production. Both showed apparently worrying monthly declines – production fell 0.8% while orders were down by 2.6%. But big upwards revisions to the previous month softened their impact. It was the same, in reverse, for French industrial output, where a 1.3% increase was blunted by a 0.8% downward revision. Only the Italian output figure was unambiguously positive, rising by 1.7% instead of the forecast 0.1% increase. The slightly less fraught Brexit situation was arguably positive for the euro but not a main driver.

After touching a 21-month high last Thursday, the dollar went into reverse, losing more than a cent to the euro. Although the reversal began before Friday’s US employment report, the dollar’s decline was certainly exacerbated by some weak numbers there. The most startling was a 20K monthly increase in non-farm payrolls, way off the 180k rise that investors had been expecting. Tiny upward revisions to the previous two month’s figures did little to soften the blow: total payrolls were still 148k short of forecast.

It was a similar story with inflation. Just about all of the components failed to match forecasts. The headline rate was down from 1.6% to 1.5% while the “core” rate, ignoring food and energy prices, slowed from 2.2% to 2.1%. The numbers will have no immediate impact on the “patient” Federal Reserve’s policy stance but nor will it do anything to encourage early action by the Fed.

Like the euro and the Australian dollar the Loonie was just about unchanged on the week against the pound. Its progress was less mercurial than that of sterling but the net effect was the same – a 1.1% advantage over the USD.

Last Friday’s Canadian jobs numbers set the scene for the CAD’s rally. After a stonking 67k increase in payrolls in January analysts reckoned they would be flat in February. That was not the case: another 56k people found employment. Whilst it is impossible to imagine employment continuing to expand at such a pace, the numbers did offset some of investors’ concerns about the Canadian economy. Throughout the week oil prices provided steady support for the CAD, with WTI crude rebounding 8% from last Friday’s one-month low. House prices were less helpful. The Teranet–National Bank house price index fell 0.4% in February: “Except for the recession year of 2009, it was the largest February decline in 19 years of index history.”

Economic data from Australia did not add much to the debate. There were not many of them and they were fairly low-profile statistics. Mortgage lending to owner-occupiers and investors declined in January by 1.3% and 4.1% respectively. New lending to owner-occupiers was down 17.1% from January 2018 and investment lending was 28.6% less. Surveys by NAB and Westpac found business confidence fading from 4 to 2 while consumer confidence was down by 4.8% to 103.8. Not shown in the data was a broad improvement in global investor sentiment, which led to the safe-haven JPY bringing up the rear while the “risky” commodity currencies shared the lead.

NZD weekly currency update
NZD: Tagging along with its cousins

As with the Canadian and NZ dollars, the Kiwi turned corner last Friday and moved higher through the week against the USD. The NZ dollar came out of it best, strengthening by a third of a cent against sterling and adding almost one US cent. There was no particular reason for the Kiwi to lead the group and it was only 0.2% ahead of its Commonwealth cousins.

NZ economic data were typically scarce. Electronic card sales, an early indicator of retail sales, increased by a monthly 0.9% in February and were up by 3.4% from the same month last year. The biggest movers were groceries and alcohol, up by 10%, and fuel, which went up by 1.3%. The food price index rose 0.4% in February, with fruit and vegetable prices rising 2.2% and soft drinks up by 4.1%. Business NZ’s purchasing managers’ index came in at 53.7 for February, up from 53.1.