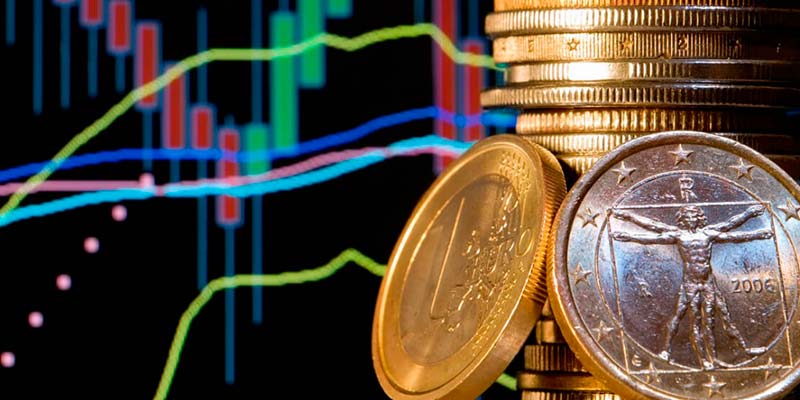 Sterling strengthened by an average of 0.3% against the other ten most actively-traded currencies. However, that simple figure disguises clear differences in performance. Broadly, the pound made appreciable headway against the commodity-oriented antipodean dollars and the South Africa rand and lost out to the US dollar and the safe-havens.

The pound spent most of the week under pressure as a result of weak reading from the purchasing managers’ indices. On a scale of 0-100, where 50 marks the division between growth and contraction, manufacturing scored 52.8, construction got a 50.6 and services squeaked into the growth zone at 50.1. Sterling’s overall result was enhanced by a rally on Thursday when investors regained their confidence that a no-deal Brexit will not happen. That confidence is likely to be tested many times before the end of March.

Six months ago the European Commission estimated that the euro zone economy would expand by 1.9% this year and 1.7% in 2020. On Thursday it lowered those forecasts to 1.3% and 1.6%. The news did not come as a surprise, it simply brought the EC predictions into line with those of economists elsewhere.

It did, however, underline the mediocrity of many of the week’s economic statistics from Euroland. The PMIs for German and Italian manufacturing showed contraction at 49.7 and 47.8. Euroland’s composite PMI was an unimpressive 51.0. German factory orders and industrial output fell by 7.0% and 3.9% respectively in 2018. Euro zone retail sales were down by 1.6% in December. There is no shortage of economists happy to offer reassurance that there is no threat of recession in Euroland but numbers like those do not help the euro’s case. It added a third of a cent against sterling but lost one US cent.

The dollar strengthened by an average of 0.8% against the other major currencies, not because it particularly impressed investors but because they found more to dislike when they looked elsewhere. On Tuesday, for example, the US services sector PMIs both came in below forecast, with the ISM version half a point short of the mark at 56.7. However, the readings were still well ahead of readings from Euroland so the dollar moved ahead. There was positive news on jobs, with a net 69k more people in work than analysts had forecast. Factory orders and durable goods orders balanced out one another, the former falling by 0.6% in November while the latter went up by 0.7%.

At the political level Trump’s State of the Union address on Tuesday night brought nothing new to the debate: he still wants his wall and he spoke of massive infrastructure spending but detail was totally lacking. As for the trade war, investors believe the deadline for Chinese concessions will be extended beyond 1 March.

It is not unusual to see the Loonie reacting to oil prices, especially when Canadian economic data are lacking, but they were in particularly close formation this week. Oil went down and the Canadian dollar went down, at least against its main benchmark, the US dollar. The link was especially noticeable last Friday, when the strong US employment data did more for the Loonie than they did for the Greenback. Oil reacted positively to the US data and the Canadian data reacted positively to the oil price.

There were problems later in the week though. When Bank of Canada deputy governor Timothy Lane gave a speech about foreign reserves he indicated that a weaker currency is positive for the Canadian economy. If he did not go as far as encouraging that weakness he at least gave it his tacit approval. In the end the Loonie lost a net one US cent and was just about unchanged against sterling.

The Aussie’s steady retreat against the US dollar was punctuated by upward and downward jerks on successive days. Both were caused by the RBA. On Wednesday, the central bank kept its benchmark Cash Rate unchanged at 1.5%, as expected, and noted in its statement that “some downside risks have increased”. However, the bank’s tone was far less dovish than investors had expected and there was not the merest hint of a possible rate cut. So the Aussie jumped a cent higher.

The following day RBA governor Philip Lowe told investors they had got the wrong end of the stick. He explained that where, previously, it was more likely that the next move for interest rates would be up, “today the probabilities appear to be more evenly balanced”. In other words, the possibility of a rate cut is back on the table. The Aussie gave back the previous day’s gains. It lost a net one and a half US cents and gave up two cents to sterling.

For much of the week, the NZ dollar remained trapped in the gravity well of the Aussie. Worries about trade or the global economy were seen by investors, perhaps unfairly, as applying equally to both currencies. If the Australian dollar went down – which it did all too regularly – the Kiwi followed it lower. The pair both lost 1.1% to the pound and 2.2% to the US dollar.

Where the Aussie’s particular bête noire was the Reserve Bank of Australia, the Kiwi’s was Thursday’s NZ employment data. Unlike most countries, New Zealand only publishes the jobs numbers every three months, so there is more scope for surprise. And surprise was what the data for the fourth quarter of 2018 delivered. Only 0.1% more people found work during the three months and the rate of unemployment increased from 4.0% to 4.3%. The Kiwi lost an immediate cent and a half, which it never recovered.