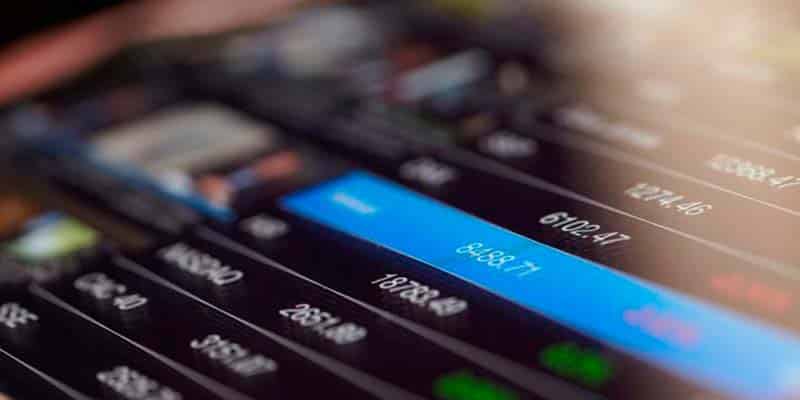 A near miss for sterling

GBP: Takes second place on election optimism
The UK economic data were far from stunning. Consumer confidence, which has not been above zero for three and a half years, remained stuck at -14. Money and credit statistics from the Bank of England put consumer credit and personal loans ahead of forecast while mortgage approvals slipped. Retail sales in November were 4.9% below the same month last year. Purchasing managers’ index readings for manufacturing, construction and services were all in the shrinkage zone below 50 in November. However, those PMI numbers were all above forecast and higher on the month so their impact was positive.

The political mood was constructive for sterling too, as the opinion polls continued to indicate a working majority for the Conservatives next week. On Wednesday, sterling broke upwards through technical resistance at $1.30 and went on to take second place for the week behind the NZ dollar. It is an average of 1.0% higher against the majors.

EUR: Few data disappointments
The euro had a better week than the US dollar but that was no great achievement. It lost more than a cent to sterling while adding almost one US cent. Overall, it was unchanged on average against the other major currencies. The only real disappointments among the euro zone data were German industrial production and Euroland retail sales. German production fell 1.7% in October, having been forecast to be just about flat. Retail sales fell 0.6% on the month, twice the expected decline. The PMIs for manufacturing and services almost all beat forecast. German manufacturers clawed their way back toward breakeven, with the PMI rising from 43.8 to 11.4. Greece and France delivered positive manufacturing readings while French, Irish and Spanish services all came in above 50. The euro zone’s economy expanded by 0.2% in the third quarter, as expected.

In Brussels, the ECB’s Benoît Cœuré set out his vision for Euroland’s economy. The drift of M. Cœuré’s text was that the EU is doing a poor job of integration. Capital markets are disjointed and “the absence of a Schumpeterian process of creative destruction” leaves too many zombie institutions surviving against the odds. Although the speech did not directly affect the euro, its sentiment strikes a chord as Europe limps from one crisis to the next.

USD: Troubled by trade uncertainties
An awkward week for the dollar left it at the back of the field. Its average loss of 0.8% included two and a third cents to sterling and four fifths of a Japanese yen. US economic data did the dollar few favours. Of the two sets of PMIs, the numbers from Markit were better than those from the more closely-followed ISM. Markit put manufacturing and services at 52.6 and 51.6: the ISM was rather less positive at 48.1 and 51.6. Although ISM’s services reading was positive enough it was nearly a point lower on the month and more than half a point below forecast.

It was the unsettled trade outlook that most discouraged buyers of the dollar. The US president announced the reintroduction of tariffs on steel and aluminium from Brazil and Argentina because, he said, the two countries “have been presiding over a massive devaluation of their currencies”. The following day he said there might be no China trade deal until 2021. After another 24 hours the story was that an outline deal will be in place ahead of the scheduled tariff increases on 15 December and those tariffs will not, therefore, happen. All very unsettling.

CAD: Q3 GDP beats forecast
The Loonie was hardly changed on the week against the euro, the yen and the Australian dollar. It added two thirds of a US cent and lost a cent and three quarters to the rampant pound. There was not a great deal of help from the Canadian ecostats but they were enough to avoid causing damage. The best of the bunch was third quarter gross domestic product, which expanded by an annualised 1.3% (0.3% QoQ), beating the forecast 1.2%. Markit’s manufacturing PMI missed forecast by more than a point at 51.4 but was at least higher on the month. The Ivey PMI was a massive 12 points higher on the month at 60, demolishing the analysts’ 53.8 prediction.

As expected, the Bank of Canada kept its benchmark interest rate unchanged at 1.75%. In its statement, the bank made no comment about future policy direction other than to say it will be “guided by the Bank’s continuing assessment of the adverse impact of trade conflicts against the sources of resilience in the Canadian economy”.

AUD: RBA tight-lipped on future policy
Broadly, the Aussie strengthened against the US dollar on Friday and Monday and went nowhere for the rest of the week. It added two thirds of a US cent and lost a cent and two thirds to sterling. The domestic economic data were at best nondescript. Both manufacturing PMIs were in the shrinkage zone below 50: AiG saw a 3.5-point drop to 48.1 while the Markit index ticked down from 50 to 49.9. The services PMIs from AiG (53.7) and Markit (49.7) pointed in opposite directions but were on average positive at 51.7. The two most obviously unhelpful statistics were for third quarter gross domestic product and retail sales. GDP growth missed forecast, slowing to 0.4% in Q3, and sales stagnated in October.

The Reserve Bank of Australia kept its Cash Rate benchmark unchanged at 0.75%, as expected. In its statement, the RBA said it was “prepared to ease monetary policy further if needed” but there seemed to be no sense of urgency. The Aussie strengthened as a result and was the day’s top performer.

NZD: Helped into lead by RBNZ
The Kiwi spent almost the whole week working its way higher against the US dollar, eventually adding a net one and a third US cents. It was the only currency to beat sterling, picking up half a cent. The NZ dollar is also the only major to beat sterling over the last month, with a cent-and-a-half gain. NZ economic data brought nothing to the party. The terms of trade index was healthy enough at 1.9% for Q3 but went largely unnoticed and investors were unconcerned that the GDT price index fell 0.5% in the two weeks to 3 December. ANZ’s commodity price index was a positive 4.3% in November but did nothing for the Kiwi.

There was no monetary policy news from the Reserve Bank of New Zealand. However, the Kiwi did strengthen after the RBNZ announced new bank capital requirements which were less onerous than the market had feared.