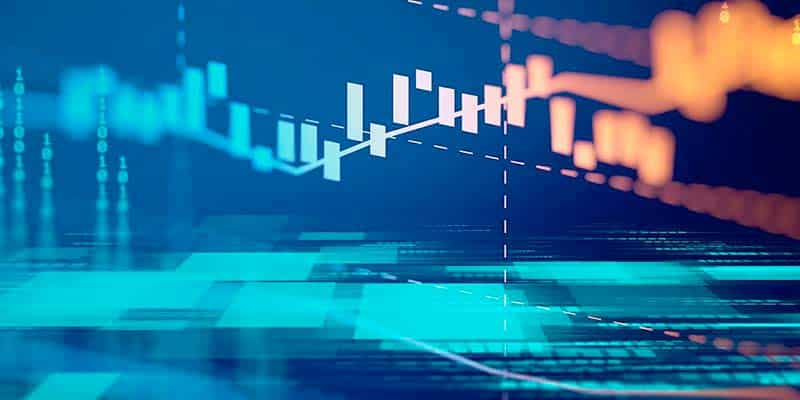 GBP: Wins 1 – 3 Losses
It was a busy little week for sterling. On three days it lagged the other major currencies and on one day it was in the lead. Ranges of two cents or so against the euro and the US dollar were wider than usual and not, eventually, conclusive. On average the pound is just about unchanged against the other ten most actively-traded currencies. The most helpful economic statistic was the manufacturing sector purchasing managers’ index, which hit a 13-month high as pre-Brexit stockpiling was stepped up. The least was the services PMI, down in the shrinkage zone at 48.9.

The Brexit saga began a new chapter on Tuesday when the prime minister reached out to the leader of the opposition to share the blame. By the end of the week it looked as though there could be a one-year extension to Article 50 and a referendum on whatever Theresa May and Jeremy Corbyn can put together.

EUR: Good, bad and ugly
The Euroland economic data delivered a wide range of results. The good ones included last Friday’s German retail sales, which increased by 0.9% in February for a 4.7% annual rise. All but one of the purchasing managers’ index readings for the services sector came in better than expected and for the euro zone as a whole manufacturing, services and the composite index all beat analysts’ forecasts. Euroland retail sales also beat economists’ predictions, up by 0.4% on the month and 2.8% on the year.

On the downside, there was shrinkage for the manufacturing sectors of Italy, France, Germany and pan-Euroland. Germany’s reading was even worse than the initial estimate, nearly six points into the contraction zone at 44.1. German factory orders were at least as ugly, falling by 4.2% in February after a decline of 2.1% the previous month. The euro got off surprisingly lightly: it lost a quarter of a cent to sterling and was unchanged against the US dollar.

USD: Off the boil
Ecostats from the States tended to confirm the view that America’s economy, while still moving ahead, is losing the sparkle it displayed last year. None of the data were truly worrying but many of them left niggling doubts about what lies ahead. There was good news last Friday, with the Michigan index of consumer sentiment higher than expected at 98.4 and a 4.9% monthly increase in new home sales. At the beginning of this week the two manufacturing PMIs were better than expected.

And then the doubts crept in. Retail sales were supposed to have gone up by 0.3% in February: they went down by 0.2%. Durable goods orders fell 1.6%. One of the two services PMIs was more than three and a half points lower o the month at 56.1. Investors found it hard to choose between the USD and the EUR so the two are unchanged against one another. The dollar is a fifth of a cent lower against sterling.

CAD: Good effort
The Loonie got off to a good start last Friday with the news that Canada’s gross domestic product expanded by 0.3% in January, fully offsetting the declines in November and December. According to Statistics Canada “the rise was widespread as 18 of 20 industrial sector were up”. Markit’s manufacturing sector PMI was a disappointing two points below forecast at 50.5 but the broader Ivey PMI surprised on the upside at 54.3.

The Canadian dollar also received sustained support from oil prices, which moved 4% higher over the week. WTI crude touched a five-month high and ends the week 46% above the lows seen in late December. As a result, the CAD was the top performer among the big-league currencies, strengthening by an average of 0.3%. It added two fifths of a US cent and went up by two thirds of a cent against the British pound.

AUD: Thank you China
After doing nothing in particular last Friday the Aussie began this week in style. Purchasing managers’ index data released over the weekend and early on Monday showed China’s economy to be in better shape than investors had imagined. All three of those readings, together with another one on Thursday morning, were above 50, therefore indicating positive growth. Investors saw the possibility that China’s period of slower growth had turned the corner and they rewarded the commodity-oriented currencies that could be expected to benefit from the upturn.

The Australian data were by and large positive for the Aussie too. New home sales scored a solid 1.0% monthly increase and building permits were up by 19.1%. Retail sales rose 0.8% in February and the trade surplus widened. There was a wobble for the currency when the Reserve Bank of Australia’s rate statement noted that “downside risks have increased” but it still added a quarter of a US cent and strengthened by half a cent against sterling.

NZD: Kiwi fades along with confidence
The NZ dollar received the same sort of lift as other commodity-related currencies when China released more upbeat data at the weekend. If China is pulling out of its period of slower growth it would be reason able to expect the economy to generate greater demand for imports. That greater demand might have had something to do with a 1.4% monthly rise in the ANZ commodity price index and a 0.8% fortnightly increase in the GDT index of dairy prices.

However, the most important factor for the Kiwi was the NZIER Quarterly Survey of Business Opinion, which was printed on Tuesday. It talked of an earlier rebound in business confidence being “short-lived”, noting “weaker domestic demand across most sectors” and being more cautious about expansion as “profitability remains weak”. All in all, “a net 27% of businesses expected a deterioration… in coming months”. The report pulled the rug from under the Kiwi. It lost half a US cent and fell a cent and a half against sterling.