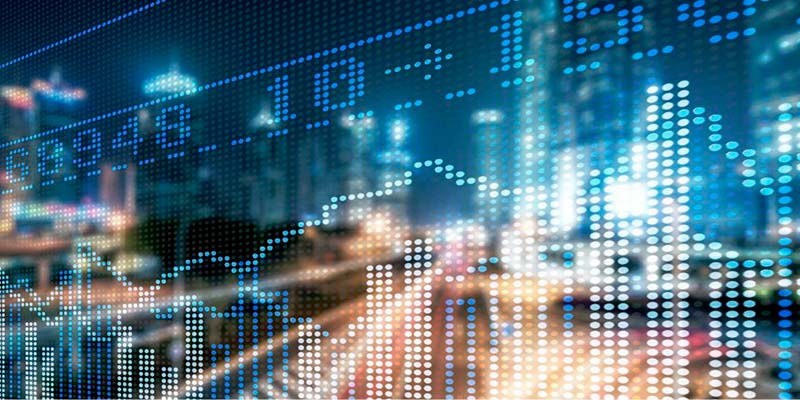 Victory from the jaws of defeat

GBP: Brexit optimism squeezes out shorts
On four of the last six working days, the pound was at the head of the major currency field. Thursday produced an average gain of 1.1% with no losses and over the week as a whole sterling strengthened by an average of 1.5%. So, what went right?

The answer is not immediately obvious. Of the few salient UK economic statistics, none was great and one was horrid. UK house prices rose 1.2% in the year to August, with turnover stronger than usual for the month. The CBI’s Industrial Trends Survey came in at -13 for August, ten points above forecast and 21 higher than the previous month. Orders were still “below normal”. The same organisation’s Distributive Trades Survey was a horror, plunging 33 points to -49%. So, if not the UK economy, was it Brexit that attracted buyers of the pound? Partly: Germany and France apparently gave Boris Johnson 30 days to find an alternative to the Irish Backstop. Everyone became very excited and the unexpected rally squeezed out some holders of short positions.

EUR: Possible stimulus from two directions
A fairly neutral week for the euro left it roughly unchanged, on average, against the other major currencies. It lost a third of a US cent and gave up a cent and a half to the storming pound. During most of the week investors found it difficult to get worked up about the Euroland economic data. By most measures, inflation was lower than expected on Monday. Prices fell 0.5% between June and July, taking headline inflation down from 1.3% to 1.0%. Thursday’s provisional purchasing managers” index readings all came in ahead of forecast, though manufacturing remained weak.

Finnish central bank governor Olli Rehn and German finance minister Olaf Scholz both spoke of additional stimulus. The former predicted a “significant and impactful” policy package from the ECB next month; the latter claimed to have €50 billion ready if push comes to shove.

USD: Fed policy outlook becomes murky
Unlike the European numbers, the provisional PMIs from the States fell short of forecast. They were the only important US ecostats. The dollar had an ordinary week, a little way ahead of the middle of the major currency pack. It added a third of a cent against the euro and lost a cent and a third to sterling.

The main US focus for investors was not the economic data but Fed monetary policy, which became steadily more unclear as the week progressed. Not long ago, the assumption was that a cut of 25 or even 50 basis points next month would be followed by further easing into the end of the year. Recent comments have cast doubt on that expectation. The minutes of July’s Federal Open Market Committee revealed a wider-than-expected disparity of opinion, with some members favouring a 50-basis-point cut and others none at all. Three FOMC members have spoken out against lower rates. This Friday’s speech by chairman Jay Powell at the Kansas Fed’s Economic Symposium will be crucial in shaping investors’ expectations.

CAD: Broadly positive economic data
The Loonie remained within a one-cent range against the US dollar and was eventually unchanged on the week. It lost the best part of two cents to the resurgent British pound. Higher oil prices contributed little: WTI crude was up by a net 0.3% on the week.

The Canadian economic data worked in the Loonie’s favour. Even a 1.2% monthly fall in manufacturing shipments was a positive, in that it was better than the predicted 1.7% decline. Wednesday’s consumer price index figures showed headline inflation holding steady at 2.0% rather than slowing to 1.7% as analysts had forecast. Wholesale sales rose 0.6% in June, twice the expected rise. The important Canadian ecostats in the coming week are retail sales this Friday and second quarter gross domestic product in seven days’ time.

AUD: RBA minutes make no promises
A downward tilt to the Aussie delivered less than it threatened to do. The Australian dollar lost a third of a US cent, all of that taking place this Thursday and early Friday, and it gave up three cents to the British pound. A dearth of data from Statistics Australia left the private sector to fill in whatever gaps it could. Westpac’s leading index edged back into positive territory at 0.14%, putting it “back at trend”. CBA’s manufacturing, services and composite PMIs were at odds with analysts’ predictions: manufacturing was almost steady at 51.3, beating forecast, while services unexpectedly dipped into the contraction zone at 49.5.

The minutes of the last Reserve Bank of Australia policy meeting came out on Tuesday morning. They were much as expected and brought nothing new to the debate. “Members would consider a further easing of monetary policy” if the economic evidence were to show it to be necessary. As with most central banks (though not, perhaps, the Federal Reserve or the Bank of England) RBA policy is still data-driven.

NZD: RBNZ will do whatever it takes
A late spurt by the Kiwi threatened – but failed – to reverse the NZ dollar’s downward drift against the US dollar. It lost three fifths of a US cent on the week and gave up nearly four cents – 2.1% – to sterling. The NZ economic data neither helped nor hindered. Producer prices in the second quarter bore no resemblance to the numbers predicted by analysts: output (factory gate) prices reversed Q1’s 0.5% decline while input prices (manufacturers’ costs) rose 0.3% instead of falling the predicted 2.9%. Credit card spending rose 5.0% in the year to July and retail sales went up by a modest 0.2% in Q2.

The Kiwi’s late rally followed comments by Reserve Bank of New Zealand governor Adrian Orr. He told an interviewer that he was in no hurry to follow up the half-percentage-point rate cut which the RBNZ delivered earlier this month and that he would “watch and wait”. Borrowing a phrase from the ECB’s Mario Draghi, he also said the RBNZ will do “whatever it takes” to support the economy.