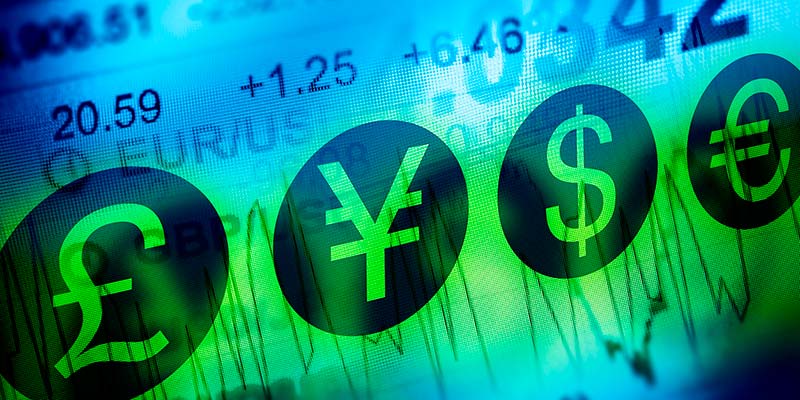 GBP loses Commons vote
After nearly a week of upward progress the wheels came off sterling’s bandwagon when the House of Commons worked its way through a string of amendments to the latest Brexit withdrawal plan. As each was rejected, the pound moved lower in real time. Of the two that received Parliament’s approval, one was no more than a plea not to leave without a deal. The other was a rehash of the Plan A that had been comprehensively discarded two weeks earlier, in which the unpopular Irish Backstop was replaced by “alternative arrangements”.

Investors had been hoping for (and even assuming) the passing of an amendment that would allow the House to postpone Article 50 if no deal was imminent. What they saw instead was show of bogus party unity with little prospect of approval by the EU. They were not impressed and the pound has been on the back foot ever since. It is lower on all fronts, down by an average of 1.3%.

EUR weathers lacklustre economy
One set of eurozone economic data offered some help to the euro. Tuesday’s lending and money supply figures from the European Central Bank showed both holding up well, a sign of continued economic vigour. Most of the others were less supportive. German business confidence faded. All but one of the European Commission’s confidence measures were lower. Gross domestic product for Euroland as a whole expanded by a provisional 0.2% in the fourth quarter, unchanged from Q3, but Italy dropped back into recession and Germany marked down its growth forecast for this year, from 1.8% to 1.0%.

When the ECB president talked to the European Parliament about monetary policy, he was more upbeat than at his previous visit. Mario Draghi told MEPs that “softer external demand” was partly to blame for the slowdown in Euroland, and that the situation was not serious enough to require fresh stimulus. The euro added just over one US cent on the week and took a cent and a third off sterling, not through its own achievements but because of the others’ failures.

USD stymied by dovish Fed
The US government shutdown came to an end last Friday. Faced with the prospect of airports running out of air traffic controllers and baggage screeners, the president capitulated and signed a temporary finance bill. The operative word there is “temporary”: Trump says he will shut it all down again in mid-February if he does not get the money for his wall. A lasting effect of the shutdown is the economic data, which have been prevented from appearing. They begin to flow again today, with November’s new home sales, but it will be weeks before the backlog is sorted out.

Wednesday’s Federal Reserve press conference was the main event of the dollar’s week. As expected, the Fed kept its benchmark rate unchanged and made the now-habitual comment that it will be “patient” in making rate adjustments. But the chairman managed to give the impression that might be facing not just a pause but a halt to the tightening process. The dollar fell, leaving it just a quarter of a cent ahead of the troubled pound.

CAD steady as others fall
A positive week for the Loonie took it two and a half cents higher against sterling and allowed it to add one US cent. The gains were more the result of the other two’s shortcomings than of any intrinsic qualities of the Canadian dollar itself. Canadian ecostats were few and fairly unhelpful. Raw material and industrial product prices heads in opposite directions, with materials up by 3.8% and products 0.7% cheaper. Gross domestic product shrank by 0.1% in November.

Oil prices had their usual effect on the Loonie, hauling it up or down in their wake. The net effect on this occasion, however, was neutral: oil was eventually unchanged on the week with WTI crude at $53.75. New trade negotiations between the United States and China should in theory be positive for the Canadian dollar but any advantage is eroded by Ottawa’s involvement in the Huawei imbroglio: Washing is calling for the extradition of the company’s CFO from Canada.

AUD succeeds as other fail
The falling pound, the falling US dollar and the floundering euro all helped to make the Aussie look good. It added one and a half US cents and strengthened by four cents against sterling and a cent and a half against the euro. The economic evidence from Australia was positive, if unremarkable. Business conditions deteriorated while confidence held steady. Private sector credit, import and export prices and producer prices all increased roughly in line with forecasts. The AiG performance of manufacturing index improved by two and a half points to 52.5. There was a curiously strong positive reaction to inflation figures for Q4. Headline inflation was a tick lower at 1.8% but investors were terribly excited that it was higher than the forecast 1.7%.

Help was also forthcoming from iron ore prices. The collapse of a second dam at a mine in Brazil led to that country’s biggest producer, Vale SA, closing all of its facilities with similar dams. Ore prices spiked and investors assumed that Australia would pick up some of the market slack.

NZD stays out of it
The NZ dollar did what it does best; keeping a low profile and sitting back to watch as the big hitters fought it out amongst themselves. On this occasion two of the main protagonists, the US dollar and British pound, crashed and burned while the euro wore its economic shortcomings on its sleeve. The Kiwi’s contribution to the data agenda was limited to December’s balance of trade. Exports and imports both went up by more than $5 billion and the surplus was slightly bigger than forecast at $264m. Though not a stunning result, it was enough to keep the NZ dollar out of the headlines and out of trouble.

The retreating pound and Greenback gifted a win to the Kiwi, which it shared with the Australian dollar. It added one and a half US cents and strengthened by four and a third cents against sterling.