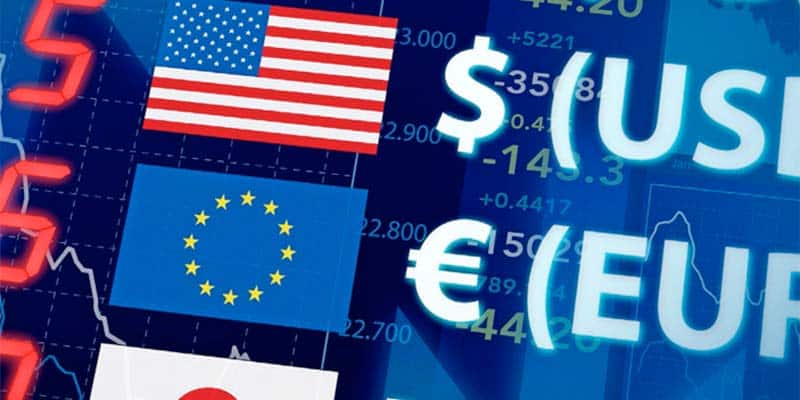 GBP weekly currency update
GBP storms ahead, buoyed by optimism about a soft Brexit
Sterling stormed into the lead, strengthening by an average of 2.4% against the other major currencies. The move began last Friday, spurred by a report in the Evening Standard newspaper that a delay to Britain’s departure from the EU would be necessary even if the prime minister’s withdrawal bill were to win Commons approval. It failed spectacularly to do so and sterling went up again, this time on the assumption that any replacement proposal would have to be even softer in order to win cross-party support.

Despite the prime minister’s refusal to rule out a no-deal departure and her insistence that there will be no delay and no customs union, investors continue to believe that her wishes will be overturned by Parliament. That belief put sterling in the lead on Wednesday and Thursday too. The UK economic data went largely unnoticed, which was just as well given the poor showings for output and trade.

EUR weekly currency update
EUR among the laggards, held back by growth fears
The euro was one of the weaker performers, falling by three and a quarter cents against sterling and losing one and a third US cents. Its major challenge was a series of disappointing economic data from around the euro zone, creating worries that recession might be around the corner. Mario Draghi, the president of the European Central Bank, tried to dispel that concern when he addressed the European Parliament to mark the euro’s 20th birthday. He told MEPs that Europe is not heading for a recession: “no, it’s a slowdown… but it could be longer than expected”. Investors were not enthused by the idea of a protracted slowdown, even if it does not amount to recession.

There was better news from Greece, where prime minister Alexis Tsipras won a vote of confidence in Parliament. He had been under fire from nationalists for allowing the Former Yugoslav Republic of Macedonia to adopt the title “Republic of North Macedonia. The decision will open the way for North Macedonia to apply for membership of NATO and the EU.

USD weekly currency update
USD takes silver despite ecostat shortage
The dollar took second place among the major currencies, strengthening by a cent and a third against the euro and losing “only” a little over two cents to sterling. US economic statistics were few and far between because the government shutdown means that the folk who collect and collate many of them have been laid off or, as they say in the States, furloughed. The Commerce Department, one of the most fertile data sources, has been particularly hard-hit. The numbers missing so far include durable goods and factory orders, new home sales and retail sales.

Investors had to make do with inflation – a touch lower at 1.9%; producer prices – up by an annual 2.5%; and the Federal Reserve’s Beige Book survey of economic activity – it showed “eight of twelve Federal Reserve Districts reporting modest to moderate growth”. There was more talk of “patience” at the Fed, with just about every senior official now having used the expression in relation to monetary policy.

CAD weekly currency update
CAD drifts, with only static oil prices to inspire it
A drought of Canadian economic data left investors with no inspiration to move the Loonie in either direction. ADP, a major firm in the payrolls processing business, reported a net loss of 13k jobs in December and that was it. The Canadian dollar’s main driver was oil prices, which were just about unchanged this Friday morning from their level a week earlier. As a result, the Loonie is down by just two fifths of a cent against the US dollar. Is down by three and three quarter cents against sterling but that counts more as a win for the pound than a loss for the Loonie.

The coming week will be more productive with regard to Canadian ecostats but it will not be a whole lot more productive. Today brings data for inflation and international investment flows. The figures for manufacturing shipments and wholesale sales come out on Tuesday and the retail sales numbers appear on Wednesday.

A paucity of Australian data left investors with less than a handful of ecostats to provide guidance. Retail sales were just about on target, rising by 0.4% in November. Consumer confidence deteriorated by 4.7% to 99.6 in December, according to a Westpac survey. Consumer inflation expectations eased this month from 4.0% to 3.5%. The number of mortgage loans was 4.5% fewer in November and the value of those loans was down by 0.9%.

At least as important to the Aussie was the developing economic picture in China, Australia’s biggest export customer, and the narrative concerning Trump’s trade war with China. The former was not helpful, with a sharp fall in international trade – imports were down by an annual 76% while exports fell 4.4%. The latter was guardedly positive for the Aussie, with rumours that Washington and Beijing are both keen to settle the matter. On average the Australian dollar did better than the other majors, losing a quarter of a US cent and falling by three and a half cents against sterling.

The NZ dollar was on average just about unchanged against the other major currencies. It lost half a US cent and gave up four and three quarter cents to sterling. Domestic economic data were not of much help to the Kiwi. NZIER’s Quarterly Survey of Business Opinion showed that “businesses remained downbeat in the final quarter of 2018, but less so”. At -17% the index was 13 percentage points higher than three months earlier. Electronic card retail sales, an early indicator of total sales, decreased by 2.3% in December. The Business NZ purchasing managers’ index came in a point and a half higher on the month at 55.1.

Much of the sentiment towards the Kiwi was a by-product of investors general optimism – or the lack of it. Pessimism earlier in the week gave way on Thursday to a more upbeat mood, principally as a result of talk that the US administration could be closing in on a trade deal with China.