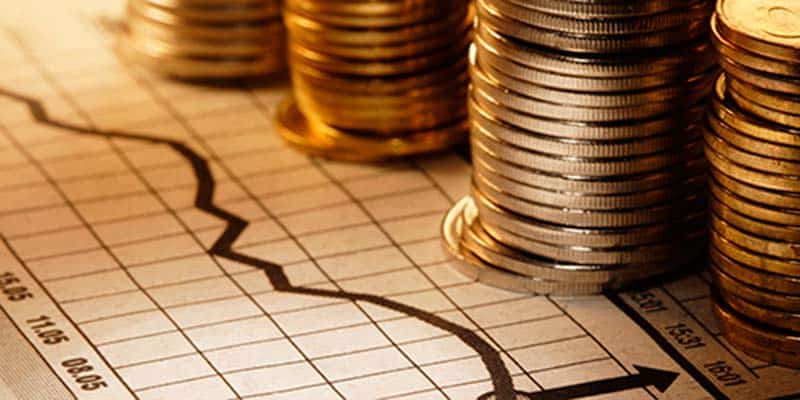 GBP: Defies poor data, beaten only by safe-havens
In view of the last week’s economic news and data, it might come as a surprise to see how well sterling has done. Last Friday, Moody’s, a credit rating firm, changed its outlook for Britain from stable to negative, citing “paralysis in policy-making” as a result of Brexit and “no clear plan” to finance the spending promises in the election campaign. Monday’s data for gross domestic product and production showed slower than expected growth and falling output. Employment numbers on Tuesday showed 58k fewer people in work, the biggest quarterly fall in four years. On Wednesday, the consumer price index data put inflation at a three-year low. Retail sales for October on Thursday were unexpectedly slightly lower on the month.

Yet investors ignored that litany of disappointment. Their focus was almost entirely on the general election and they apparently signed up for a Conservative win, or at least a Labour loss, when the Brexit party said it would not contest Tory-held seats. Over the seven days, sterling was only narrowly beaten by the safe-haven Swiss franc and Japanese yen. It firmed by an average of 0.6% against the other majors.

EUR: German data beat expectations
As Britain prepared for its third general election in four years, Spain was holding its fourth in the same period and the second this year alone. The result, yet again, was inconclusive but investors did not care. Nor were they bothered on Wednesday when the rudiments of a coalition appeared. The euro is down by 0.2% against the other major currencies, having lost a third of a US cent and nearly a full cent to sterling.

The best of the European ecostats – or at least the most helpful to the euro – came from Germany. ZEW’s indicator of economic sentiment in Germany increased “substantially” to -2.1 in November, a 20.7-point rise. ZEW attributed the improvement to “growing hope that the international economic policy environment will improve in the near future”. On Thursday, Germany reported a 0.1% quarterly expansion for gross domestic product. It was not much, but it was better than the 0.1% contraction that analysts had predicted and enough to dodge the “technical recession” implied by two quarters of shrinkage.

USD: Fed apparently on hold
On average, the dollar was a fraction ahead of the other major currencies. It lost two thirds of a cent to the pound and strengthened by a third of a cent against the euro. Little of the action was driven by US economic statistics. The only top-tier data related to inflation, which came in a little higher than expected at 1.8% for October.

Federal Reserve chairman Jerome Powell made two appearances at congressional committees to give his six-monthly assessment of the US economy. He gave every impression that there are no further interest rate cuts in the pipeline, saying that monetary policy “is not on a preset course”. He did however say the current setting is “likely to remain appropriate” until the incoming data make an adjustment necessary. He restated his opinion that the negative interest rates espoused by the US president would not be useful to the US economy.

CAD: Employment data hurt Loonie
Last Friday’s Canadian employment data were on balance disappointing. Although participation at 65.7% and unemployment at 5.5% were unchanged in October and in line with forecast, the loss of a net 1800 jobs was a far cry from the predicted 16k increase and there was a notable 16k swing from full-time to part-time work. Housing starts were slightly fewer than expected in October while September’s building permits were 6.5% lower on the month, more than three times the expected decline.

The Loonie put in a slightly below-average performance, losing 0.2% to the other major currencies and holding steady against the euro. It lost a quarter of a US cent and fell a cent and a third against sterling. In the week ahead, the Canadian dollar faces more than the usual number of challenges, with data for manufacturing shipments, inflation and retail sales.

AUD: Employment data sink Aussie
It was a far from triumphant week for the Aussie as it lost an average of 1.2% to the other majors. On Wednesday and Thursday, and for the week as a whole, it was the weakest performer of all. Losses included one US cent and it fell nearly three and a half cents against sterling. The downward progress was mostly steady but it took a big hit on Thursday morning following the Australian employment data. Even though investors are accustomed to the unpredictability of the readings, the 19k fall in employment was well adrift from the predicted 15k increase.

Confidence measures from Westpac and NAB did little to improve the Aussie’s mood. Consumer confidence improved by 4.2 points in November but “remains downbeat” and “consumers are somewhat unnerved by the announcement of low rates and media controversy around the banks’ responses”. NAB’s Monthly Business Survey concluded that “conditions remain below average” though “forward-looking indicators have improved slightly and may be pointing to a stabilisation in conditions”.

NZD: Stronger after RBNZ fails to cut rates
The NZ dollar had a considerably more successful week than the Aussie, strengthening by an average of 0.4% against the majors. It lost a third of a cent to sterling but added a fifth of a US cent. It was the Reserve Bank of New Zealand that did most of the work, though in fact it did nothing. There had been every expectation that that the RBNZ would deliver another rate cut on Wednesday, lowering the official cash rate from 1% to 0.75%. However, the RBNZ did no such thing, leaving the OCR at 1% and announcing only that it would “add further monetary stimulus if needed”. In an interview two days later, governor Adrian Orr gave the impression that although “the door is open” to another rate cut if needed, he does not anticipate one any time soon.

There was not much to be had from the NZ economic data. Electronic card sales were up by 1.6% in the year to October, slightly less than expected. Visitor arrivals in September were up by an annual 1.4%. Business NZ’s purchasing managers’ index unexpectedly moved back up into the growth zone at 52.6.