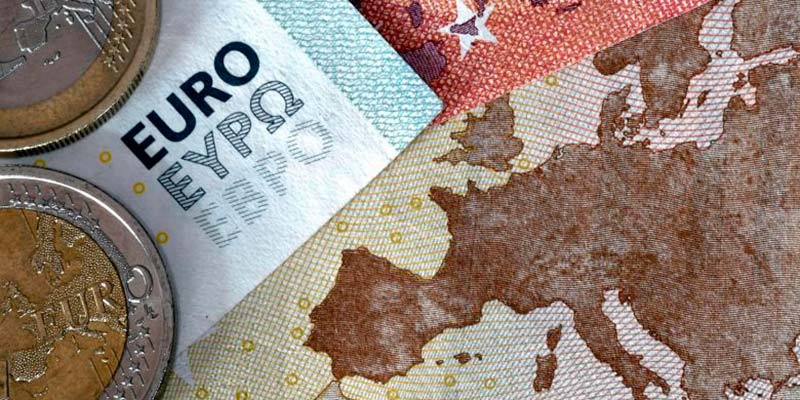 GBP weekly currency update
GBP and Brexit: Nothing has changed

To say sterling had a better week than the South African rand is to damn it with faint praise: even the Turkish lira had a better week than the rand. The pound’s decline was not a one-way street but the pressure was inexorably downward and sterling lost an average of 0.7%. Some of that pressure was economic. Monday’s gross domestic product data were a catalogue of woe, with almost every component falling short. Growth in the fourth quarter was 0.2% and for the year as a whole 1.3%. Business investment continued to decline. Wednesday’s RPI numbers showed inflation slowing to 1.8%, not immediately critical for interest rates but not constructive either.

The Brexit machine went nowhere, in the time-honoured manner: Theresa May told MPs it’s her way or the highway and they said no way. There is no shortage of opinions as to what might happen, but no knowledge of what will actually take place.

The Euroland economic picture was no prettier than in Britain. Euro zone GDP expanded by 0.2% in the fourth quarter and Germany narrowly avoided recession by delivering 0% growth. Industrial production readings from Europe were more often bad than good. France increased production by 0.8% while in Italy it fell 0.8% and in pan-Euroland it was down by 0.9%.

Having been recalled a week ago, France’s ambassador returns to Rome today. Nobody could confirm that Italy has apologised for supporting the gilets jaunes protestors but at least one of Italy’s deputy prime ministers “showed his willingness to work with France”. In Spain the problems were home-grown, as the rejection of his budget prompted the prime minister to call a general election, the third in four years.

In Belgium there was a general strike on Wednesday. Unions want a shorter working week, earlier retirement and higher wages. The euro handled it all reasonably well. It lost half a US cent, added two thirds of a cent against sterling and was unchanged on average against the major currencies.

Some in the media have expressed surprise that the dollar has held up so well even after the Federal Reserve announced that it would be “patient” in taking rates any higher. But even at current levels the 2.25-2.5% target for the Federal Funds Rate is comfortably higher than its peers: the closest competitors are the NZ and Canadian dollars at 1.75% and they are not going up either. The US dollar strengthened by half a cent against the euro and three quarters of a cent against sterling.

Economic data from the States were no great shakes. Inflation slowed to 1.6% and retail sales crashed 1.2% in December. The political situation was moderately helpful though. There are signs that the administration will extend the deadline for trade talks beyond 1 March and the president has indicated that he will sign the budget today, removing the threat of another government shutdown.

Oil prices continued to act as the underlying driver for the Loonie, but they did not drive it far. WTI crude rose a net 4.3% on the week, call it two dollars; not enough to bring the buyers running but sufficient to keep the Loonie steady against the US dollar. It strengthened by two and a quarter cents against sterling.

Last Friday’s Canadian jobs data were a big help. Despite an uptick in unemployment from 5.6% to 5.8% there was a massive 67k jump in payrolls, eclipsing the forecast 8k increase. Wages were a positive too, with annual rises up from 1.49% to 1.82%. Thursday manufacturing shipments figures were less impressive. Sales were down by 1.3% in December. The decline was blamed mainly on petroleum and coal but manufacturing sales were also down by 0.3% and inventories of unsold goods increased in 13 of the 21 industry groups.

There was nothing to choose between the Aussie and the US and Canadian dollars. All three added about 1.25% against the flailing Brexit-mired British pound. For the Aussie this meant a gain of two and a half cents

Although the AUD delivered an above-average performance, the sense was more of a falling pound than a rising Aussie. There was nothing among the Australian economic data to justify investors filling their boots. Mortgage lending fell 6.7% in December, driving home the impression that Australia’s property boom is cooling. February’s rebound in consumer sentiment did little more than reverse the previous month’s decline and the one-point improvement in business confidence, from 3 to 4, still left the measure below trend.

Although the NZ economic data were not universally positive for the Kiwi, the one that mattered most knocked it out of the park. The NZ dollar was the week’s undisputed champion, adding two thirds of a US cent and strengthening more than four cents – 2.1% – against the pound. NZ economic data constituted a mixed bag. Monthly and annual increases of 1.8% and 3.5% for electronic card retail sales in January were well ahead of the previous month’s figures but the Business NZ purchasing managers’ index for the same month was down by two points at 53.1.

Of greatest excitement was the Reserve Bank of New Zealand’s monetary policy statement. The central bank kept the Official Cash Rate unchanged at 1.75%, as expected, then went on to surprise the market with its narrative, saying “We expect to keep the OCR at this level through 2019 and 2020. The direction of our next OCR move could be up or down”. Investors had evidently not expected to see the possibility of “up” and they decided that the RBNZ was less dovish than they had suspected.