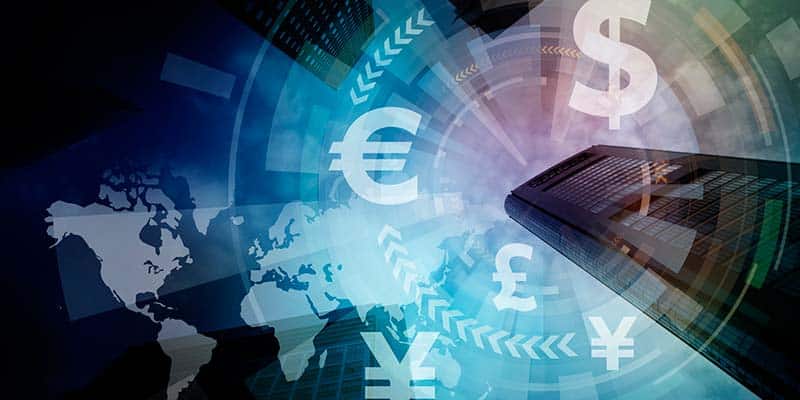 Progress in Brexit and US-China trade talks exert their influence

GBP: Brexit progress gives sterling some assistance
Brexit once again dominated the pound this week. While there were some data, it mostly left investors unmoved. The Services PMI was the only industry to show it was in the sub-contraction zone, at 49.5; house prices fell 0.4% in September and the British Retail Consortium (BRC) said retail sales in September were 1.7% below the same month last year. As the BRC noted, “the spectre of no-deal [is] weighing increasingly on consumer purchasing decisions.” The market appears to be viewing all ecostats through the lens of Brexit and this keeps the focus on the latest developments.

After appearing to reach an impasse, there was some movement this week on Brexit. Suggestions that EU approval of the latest iteration of the deal were “overwhelmingly unlikely,” pushed the pound lower, particularly after pessimistic statements from Emmanuel Macron and Angela Merkel and a measure of frustration in European Council President Donald Tusk’s response to the latest plans. The pound retreated for the next six hours after the news broke before finding bottom and recovering slightly during the afternoon. News that the EU was considering a time-limited Irish Backstop caused a brief rise in sterling but as it became clear that the reports weren’t true, the pound retreated once again. News of “detailed and constructive” talks between the Prime Minister and Irish premier Leo Varadkar have helped the pound as Britain’s Brexit secretary heads into more EU talks at the end of this week. While sterling benefits from the renewed optimism that a deal can be reached, greater clarity and certainty are likely to be required to give the pound longer-term support.

EUR: Disagreements in the ECB give investors hope for euro
It was a relatively quiet week for the euro, although the overall picture remains downbeat. At the end of last week, Italy’s PMI was four fifths of a point higher on the month at 51.4; in Spain, the PMI missed forecast but came in higher than Italy at 53.3. It’s clear that investors are looking for good news; the euro made gains after the numbers for German factor orders were announced, despite reporting a 0.6% monthly fall. The reason was that although there was a decline, it was less than the forecast 1.5%. The market appears to be trying to look on the bright side; while industrial output was down 4% on the year, an unexpected 0.3% increase in August also assisted the central currency.

External factors may have a bigger role for the euro; the pound’s fate is tied to Brexit and issues such as the US-China trade war are having an impact on the FX market as well as global trade. However, news from the European Central Bank towards the end of the week caused a stir that helped the euro make gains against the US dollar. Reports of internal opposition to resuming the Quantitative Easing programme and heated debate in September’s ECB policy meeting proved good news for the euro. There’s no news yet on whether this changes the plans to resume QE on 1st November to stimulate growth but as the global trade landscape continues to shift, the ECB’s actions will continue to have an impact on the performance of the euro.

USD: Fed rules out QE
At the end of last week, there was a slew of data but none of it exceptional enough to move the US dollar in any significant way. The US employment report was close to forecast – new jobs for September missed forecast at 136k but revisions from earlier reports found that there were 36k more people in work than expected. A slowdown in earnings growth from 3.2% to 2.9% was offset by a fall in unemployment from 3.7% to 3.5%, its lowest level in 50 years. The trade war with China was on investors’ minds as suggestions of a “currency pact” with China as part of a partial trade agreement emerged. It did not do much for the US dollar but was positive for commodity-oriented currencies, including the Australian and New Zealand dollars and led to the Japanese yen falling to the back of the field.

Federal Reserve Chairman Jerome Powell’s speech on the data dependency of the Fed’s monetary policy highlighted that there was increased market volatility and appropriate measures would include “increasing our securities holdings to maintain an appropriate level of reserves, ” although he was clear that this programme would not be the same as the quantitative easing following the financial crisis. His reassurance appeared to settle investors and the US dollar was unmoved following the speed.

CAD: General election looms over the Loonie
At the end of last week, the continued rebound in oil prices assisted the Canadian dollar but as the week began, Canadian housing starts and building permits were stronger than forecast but made no difference to the Loonie. Of greater impact was news that there could be progress in the US-China trade talks, which saw the Canadian dollar strengthen against its American cousin. Gains were also made after Statistics Canada showed that new home prices rose 0.1 per cent in August, the first increase since July 2018.

Often, the Canadian dollar is more data-dependent than other countries, but the upcoming general election on 12st October is causing some volatility. The economy, together with the environment, is one of the key issues of the election and as the date draws nearer, there may be further fluctuations. However, unlike other currencies that become dominated by political developments, the Canadian dollar may continue to react to news of positive developments in the US-China trade war and any change in interest rate as the domestic and global economic picture continues to be in flux.

Analysts believe that if an agreement can be reached in the US-China trade war, this may also have a positive impact on the Australian dollar. The hope is that the currently planned tariffs to be applied on 15th October and December may be put on hold. The atmosphere is one of cautious optimism; while there is an opportunity for the Aussie to make gains, any further setbacks may push the currency lower as the picture for global trade continues to be uncertain.

NZD: Losses against the pound as Brexit talks move forward
The New Zealand dollar clawed its way back over the 63 US cent mark after the government’s larger-than-expected budget surplus cheered investors. There was also some assistance from the US after disappointing inflation data sent the greenback lower.

However, good news elsewhere wasn’t so positive for the kiwi. As the pound made gains on news of progress in the latest Brexit talks, the New Zealand dollar lost out to sterling. As the Brexit deadline rapidly approaches, chances of a deal or an extension may way on the New Zealand dollar in relation to the pound. In addition, movement in the US-China trade war may also have an influence on the currency.