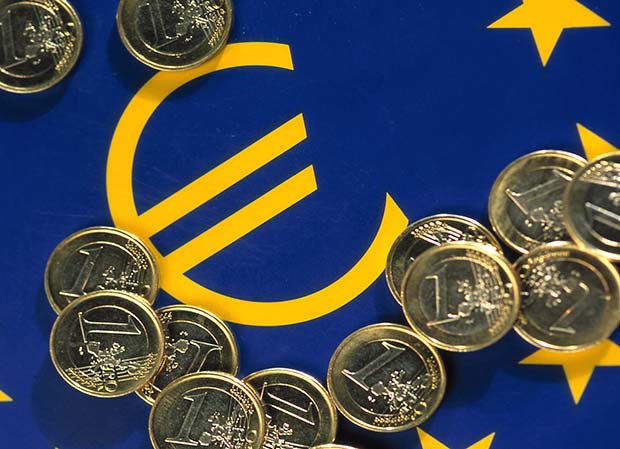 After putting Brexit out of their minds over the holidays, investors had to start grappling with it again when the first proper working week of 2019 began. The politicians were back in Westminster and the government defeats were coming thick and fast. Two amendments were passed by the Commons; one restricts government spending on a no-deal Brexit, the other obliges the prime minister to come up with a Plan B within 3 days if next Tuesday’s vote goes against her.

Although both of those militate against a “hard” Brexit, and are therefore theoretically positive for the pound, they also increase – and perhaps extend – the uncertainty. Investors were not totally convinced and they marked down the pound on most fronts. It lost an average of 0.6% to the other major currencies, though it did make headway against the safe-haven Swiss franc and Japanese yen as well as the US dollar.

When the Euroland statisticians got back into their swing after the holidays they churned out rather too many unimpressive numbers. The ones of greatest concern to investors were those for German factory orders and industrial production. Orders were down by 4.3% on the year and industrial output was 4.7% lower. The 1.1% annual rise in German retail sales looked alright but Germany’s fortunes rely in making things, not shopping.

At the pan-Euroland level the picture was hardly any brighter. Sentiment surveys by Sentix and the European Commission found investor confidence at a four-year low and economic confidence at a two-year low. Inflation missed target too, with the headline rate slowing to a provisional 1.6%. The euro’s only salvation was that investors had taken against the US dollar. It added one and a third US cents and went up by a fifth of a cent against sterling.

The dollar and the Japanese yen competed for last place among the major currencies and in the end it was a dead heat, both of them losing an average of 0.4% to the other major currencies. The dollar was down by a cent and a quarter against sterling and lost a cent and a third to the euro. US data were, on the whole, fairly positive. Last Friday’s employment figures were undeniably strong, with nonfarm payrolls growing by twice the expected number in December.

It was the interest rate outlook that did most to hold down the dollar. A string of Federal Reserve honchos, including the chairman himself on two occasions, stood up to speak of “patience” being required in the tightening process. The Federal Open Market Committee minutes used the same word. Investors were in no doubt that automatic quarterly rate increases were a thing of the past and for that they marked down the dollar.

In common with other commodity-oriented currencies the Loonie had a good week, thanks mostly to the newly dovish tone at the Federal Reserve. US interest rates are unlikely to rise as quickly or as far in 2019 as they did last year. A pause by the Fed is seen as being positive for the global economy. The Canadian dollar’s other windfall benefit was the oil price, which went up by more than 10% over the course of the week. For the Loonie it meant a gain of one and a half US cents and rise of nearly two cents against sterling.

The Canadian economic data were respectable, with the jobs numbers beating forecast and the Ivey purchasing managers’ index delivering an unexpected two-and-a-half-point improvement. The only fly in the Loonie’s ointment was the Bank of Canada’s policy statement. It put to rest any idea that the central bank is in any hurry to push higher with interest rates.

Among the major currencies the Australian dollar was the clear leader (it was beaten handsomely by the South African rand). Two things worked in its favour. First, and this was of benefit to all the commodity-related currencies, was the newly dovish tone at the Federal Reserve. The chairman and several of his deputies took it in turn to stress their caution and “patience” with regard to further tightening. Rates will no longer rise by an automatic quarter or a percentage point every three months. The second bit of good news was that trade talks have begun between Washington and Beijing. Both sides are putting a positive spin on the progress of the discussions.

The Australian economic data did not play much of a part, which was just as well. AiG’s purchasing managers’ index readings indicated a contraction in the manufacturing and construction sectors while the services sector grew more slowly. The trade surplus narrowed in November too. But the Aussie still managed to add two US cents and it strengthened by three cents against sterling.

It will not come as a surprise to learn that NZ economic data were few and far between. ANZ’s commodity price index, a measure of export prices, fell for a fifth successive month in December, this time by 0.2%. Building permits were down by 2.0% in November. And that was the sum total of hard economic guidance.

The Kiwi was left to react to developments elsewhere and one of these was a change of tone at the US Federal Reserve. After raising its benchmark interest rate by a quarter of a percentage point roughly every three months since the end of 2016 the Fed has made clear that its auto-tightening has come to an end. That is not to say that US rates have no further to rise but the Fed will be “patient” in making its next move. The revelation was of no help to the US dollar but it was positive for commodity-related currencies as a whole because it was positive for the global economy. As New Zealand is an exporter of mostly agricultural products, the Kiwi did not feel the same benefit as the Aussie but it was a cent and three quarters higher against sterling and added one and a third US cents.