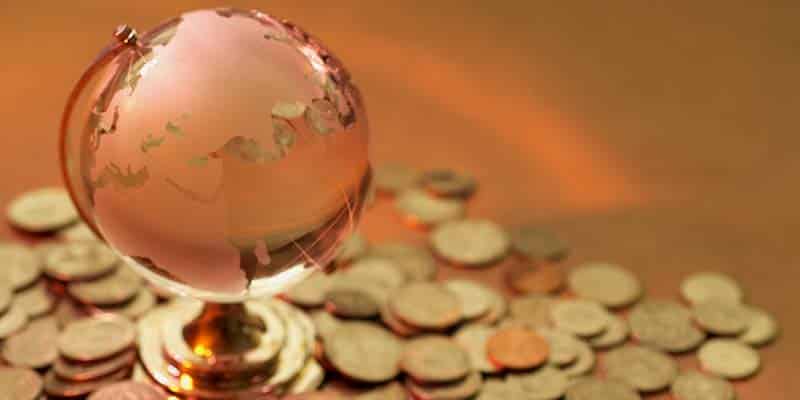 Two major factors helped shape the euro’s week: politics and the European Central Bank. In the end they cancelled each other out and the euro was unchanged against its most important benchmark, the US dollar. It took more than a cent off the wobbling British pound.

The Brexit story and the tribulations of Britain’s prime minister more than once dragged down the euro in sterling’s wake. On the upside, Italy’s government caved in to EC demands that it aim for a smaller budget deficit in 2019. The target is now 2.04% instead of 2.40%.

At Thursday’s press conference ECB president Mario Draghi was expected to confirm the end of the bank’s asset purchase “quantitative easing” programme. The announcement could have sent the euro higher, given that it means a tightening of policy. Yet Sig. Draghi’s language was carefully dovish, such that the euro actually lost ground during his presentation.

The dollar got off to a difficult start last Friday, held back by some disappointing US employment data. Nonfarm payrolls went up by only 155k in November, significantly fewer than the 200k forecast by analysts. Together with revisions to earlier months the overall shortfall was 57k jobs and investors were forced to wonder if the US economy might be running out of steam. The only other important data were for inflation, which was in line with expectations and uncontroversial at 2.2%.

In Washington there were positive words from the president. The economy is “doing really well”, the Federal Reserve chairman is “great” and trade talks are going on with China and the EU. As if to confirm the latter, China placed an order for up to 1.5m tons of US soybeans. There is a sense that, at least for now, Trump is holding his fire in the trade war. The dollar was unchanged against the euro and one and a third cents firmer against sterling.

The Loonie was top dog among the major currencies, strengthening by an average of 0.6%. It was only a dozen ticks ahead of the USD but added two cents against sterling. See-sawing oil prices complicated the picture for Canada. The OPEC meeting could not agree on a cut in production; then it could; then some members dissented. WTI crude rose and fell repeatedly across a range of up to 8%, eventually adding a net 2% on the week.

The main advantages for the Canadian dollar were a great set of employment data last Friday and a more emollient tone on trade from the White House. Canadian unemployment fell to a record low of 5.6% as a record 91.4k jobs were created in November. The effect of the numbers was enhanced by the woolly employment figures from the States, which emerged at the same time.

External factors played a far greater part in the Aussie’s fortunes than did any domestic data or news. Australian mortgage lending was up by a useful 2.2% in October even as it was reported that house prices had fallen by 1.5% in the third quarter. Business and consumer confidence were both softer than expected. The data were far from sparkling yet the Aussie held its own in the middle of the major currency field. It lost a third of a US cent and strengthened by a cent against sterling.

The mood music on trade from Washington was much less harsh than usual, tempting investors to believe that the trade war truce might develop into something more permanent. That was positive for the Aussie but the currency took a big step backwards this Friday morning when China released the figures for retail sales and industrial production. Both were considerably softer than expected.

It was not a great week for the Kiwi. Only weaker performances by the South Africa rand and British pound prevented it taking last place among the most actively-traded currencies. The NZ dollar was a fifth of a cent higher against the pound and it lost four fifths of a US cent. Domestic economic data did not help the Kiwi’s case. Third quarter manufacturing sales were down by 1.6%. Electronic card retail sales, an early indicator of the broader sales picture, were down by 0.4% in November. ANZ’s monthly inflation gauge slipped from 2.9% to 2.8% and food prices fell 0.6% on the month.

A gentler tone on trade from the White House worked in the NZ dollar’s favour but it took two hits this Friday morning. China reported weaker-than-expected figures for retail sales and industrial production and the Reserve Bank of New Zealand announced that banks would have to hold larger capital reserves. The RBNZ stance could raise borrowing costs and slow the economy.

Sterling did not have quite as bad a week as the South Africa rand but with an average loss of 0.6% that was of scant consolation for the pound’s supporters. It lost more than a cent each to the Swiss franc and euro and a cent and a third to the US dollar. Although the UK economic data told a mixed message – weak production and trade, strong employment and earnings – they were not the main factor in the pound’s decline.

It was of course Brexit-related issues that did the damage. First, the prime minister withdrew her withdrawal bill from the Commons in anticipation that the house would vote it down. Second, the parliamentary Conservative party chose to bring a motion of no confidence, which Theresa May won with a 63%-37% majority. Third, Mrs May came away from a European Council meeting with no improvement on the terms of the Brexit bill which parliament will almost certainly reject.