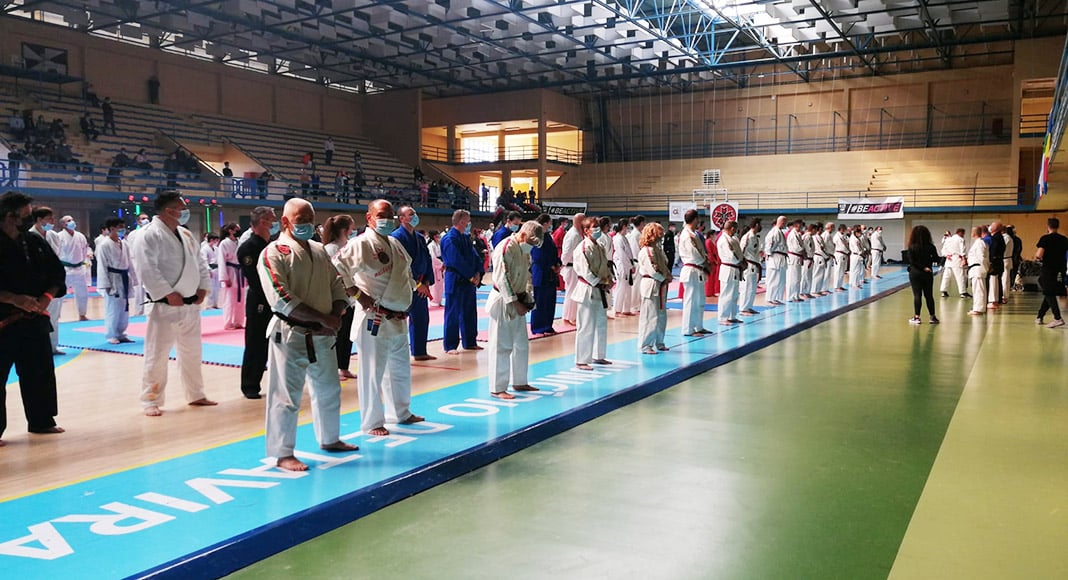 Over the weekend of April 9-10, Tavira played host to an International Martial Arts Seminar organised and promoted by the Federação Portuguesa de Kyoo Soku with the support of Tavira Kyoo Soku Club and the Municipal Council of Tavira.

It was an exceptional event which, even in such unstable and challenging times, succeeded in attracting more than 300 students and teachers representing federations and associations from all parts of Europe.

Saturday morning began with a presentation of the highly skilled and experienced masters who were to teach at the seminar, followed by speeches from local dignitaries including the Tavira Mayor and the Regional Director of the Instituto Português do Desporto e Juventude, who both highlighted the unifying nature of the martial arts, as well as the physical and psychological benefits of regular training.

There then followed a minute’s silence to honour the victims of the ongoing war in Ukraine, and to remember Sensei Andreas Lorenz, a German Ju-Jitsu instructor who had been invited to teach at the seminar, but who passed away suddenly at a young age only a month ago. 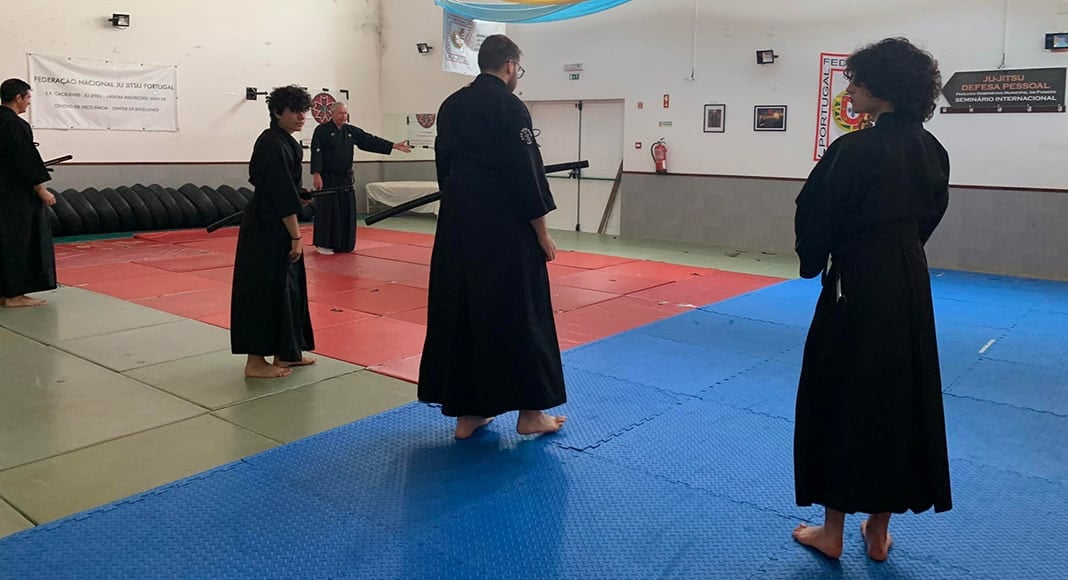 It was then time to initiate the day’s activities. The assembled students were divided up according to rank and directed to one of seven training areas (tatamis), where they were to spend the day. The instructors then rotated between the tatamis, providing the students with a “taster” of their respective arts and demonstrating a variety of fascinating techniques. A great time was had by all, although there may well have been some sore muscles by the time the first day wound up at 6pm.

Sunday saw a smaller number in attendance, as many of the students and masters had already embarked on their long journeys home, but the spirit continued unabated with two more hours of entertaining (but tiring!) training in the morning. The afternoon was given over to an intensive session of the lesser-known art of iaido (Japanese sword) for the small group of students who practice this esoteric style.

The organisers would like to thank the Municipal Council of Tavira for its unfailing generosity, the event sponsors for their highly appreciated support and, in particular, all the volunteers for their hard work and invaluable assistance.

Anyone who would like to start training with one of the local Kyoo Soku clubs based in Tavira, Cacela and Luz de Tavira is welcome to contact Shihan Helder Nunes at roninjitsu@hotmail.com, while anyone interested in trying iaido can email Senpai Jon at jon.berry@wordowls.com