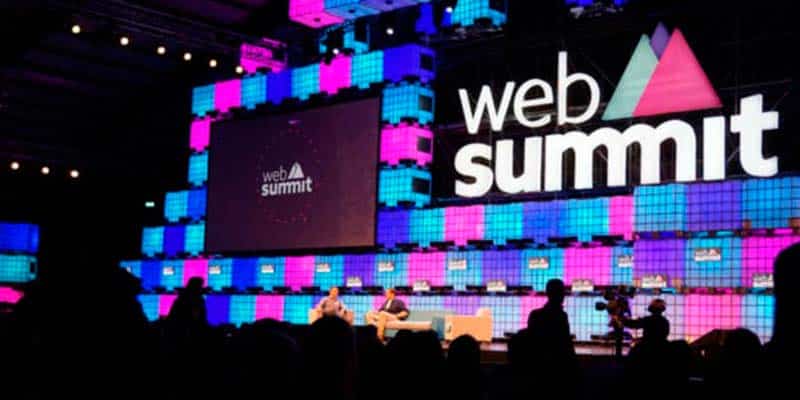 Lisbon’s Web Summit – which in its heyday brought hundreds of millions of euros flooding into the capital over four intense days – is this year running “exclusively online”.

In a sentence that essentially kicks the pandemic-battered hotel and hospitality sector while its down, the event’s promoter Paddy Cosgrave said: “Lisbon continues to be the home of the Web Summit, but with the increasing number of cases of Covid-19 in Europe, we have to think about what is best for the people in Portugal”.

Reports barely mention the investment the government signed up to in order to ‘clinch’ the summit till 2028 (click here): roughly 110 million euros – not to mention the pledge by FIL (Feira Internacional de Lisboa) to complete building work on ‘duplicating capacity of exhibition space at Altice Arena in Parque das Nações by 2022’. Clearly the latter won’t be going ahead, it’s unclear how the former will be handled.

In the meantime, press releases talk of the summit “expecting to receive around 100,000 people on its platform” like a “live Eurovision from Portugal”, using revolutionary software.

“Instead of simply seeing images coming from the Altice Arena, people from all over the world will be able to see the whole of Portugal, hear the top Portuguese start-ups and, of course, see the President of the Republic closing the Wed Summit”, promises Cosgrave.

The dates of the summit have also moved forwards one month and dropped a day: the 2020 version will run from December 2-4.