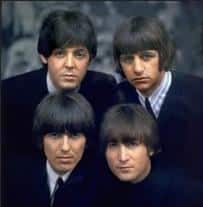 WITH THE start of daily flights from Faro to Liverpool, why not take advantage of what are sure to be great fares and actually take a ferry across the Mersey? If you’re over the age of 30, you may still have an image of Liverpool as a rundown city plagued with unemployment and militant city councillors, but the reality today is very different.

Liverpool is fast emerging as a premier European destination with a rich and diverse heritage, and an exciting future. The city is famous for music, sport, live entertainment and nightlife and there are a multitude of fascinating places to visit, offering you a lively and unforgettable stay.

Did you know that Liverpool has produced more chart-topping number one artists and bands than any other city in the UK? Obviously, The Beatles scored many number ones, but the chart success of each and every one of Liverpool’s artists is celebrated in a montage of golden discs recalling more than 50 years’ contribution to world music at the Wall of Fame in Mathew Street.

Fans will be glad to hear that The Fab Four are widely celebrated in the city of their birth. You can visit the Casbah, the place where it all started, or join a Magical Mystery Tour – visit Penny Lane, Strawberry Fields and the National Trust owned childhood home of Paul McCartney. The group’s legacy to Liverpool is rich and famous and has contributed to the city’s renowned reputation as the home of great and diverse popular music talent. Before you travel, we recommend that you visit Liverpool’s exclusive Beatles website, which links all related Liverpool-Beatles information on one site.

Liverpool offers a dazzling, diverse and vibrant nightlife. There are live music venues, clubs, restaurants, cafés – where you might just hear the next Beatles – and an enormous variety of drinking bars, ranging from traditional public houses to the latest designer-chic cafés and cabaret venues. The city’s famous theatres, such as the Playhouse, Everyman, Empire and Royal Court, have all hosted performances by writers, directors, actors and actresses who have gone on to become world-famous names in the world of theatre, film and television.

Liverpool’s latest art attraction and venue, the FACT centre for film, art and creative technology, houses cinemas, studios and other venues, giving the city yet another state-of-the-art performing arts venue and creative centre. Elsewhere, at the waterfront’s Albert Dock complex, visitors can find more bars, restaurants and club venues, including an award-winning comedy club and other venues popular with soccer stars, local television personalities and other celebrities.

If your interests lie in retail therapy, you’ll be pleased to hear that Liverpool also boasts some of the best shopping in the UK – from big name High Street stores to small, fashionable retailers in places such as the Cavern, St John’s and Clayton Square shopping centres. Some of the city’s trendiest stores reside in the Albert Dock, together with a number of art shops and gallery outlets. And if that doesn’t satisfy you, take a trip to one of Europe’s largest Designer Outlet Villages, Cheshire Oaks, which is just outside the city and home to dozens of famous brand outlets, each offering a unique shopping experience and great value for money!

You might also be surprised to hear that Liverpool has more museums and art galleries than any other UK city outside London. The city and its surrounding area also boast some of the most impressive and spectacular architecture in Europe. From the splendid scale of St George’s Hall to the imposing presence of the city’s two cathedrals, Liverpool is blessed with many fine buildings, public and private. And this wonderful legacy from past generations is not confined to the city centre; visit Birkenhead’s Hamilton Square and Port Sunlight Village in the Wirral to see fine examples of Merseyside’s rich heritage. Some of the best views of Liverpool’s striking architecture are to be seen from the deck of a famous Mersey Ferry, sailing from the nearby Landing Stage. You can see a skyline dominated by the city’s two magnificent cathedrals and other examples of Liverpool’s wonderful architecture.

Of course, the region’s deep and compelling culture goes far beyond wonderful buildings. Liverpool has produced an astonishing wealth of artists and performers famed the world over for their enormous contributions to the world of literature, film, television, theatre, politics and, of course, sport.

See or be a sporting hero

Merseyside’s world-famous sporting venues include Anfield and Goodison Park, the homes of the city’s two Premiership football teams, the John Smith’s Grand National course at Aintree and the Mersey coastline’s numerous championship golf courses are places steeped in sporting history. The Open Championship is among the world’s greatest golfing tournaments. Merseyside has two Open venues – Royal Birkdale in Southport and Royal Liverpool in the Wirral, which will host The Open in 2006. Elsewhere in the region lie more of the UK’s most challenging courses, making Merseyside a popular venue for golf enthusiasts of all abilities.

Finally, exploring Liverpool’s amazing maritime history is a must – and where better to start your tour of the city’s maritime heritage than the famous Maritime Museum? The influence the domination of the River Mersey has had on the growth of the region is unique. From the days when monks used to row their boats across the river, to the growth of the Port of Liverpool into one of Europe’s busiest and most successful cargo-handling ports – Merseyside has a truly fascinating maritime heritage. In recognition of this unique history, the city’s Pier Head and its notable Three Graces – consisting of the The Royal Liver Building, the Cunard Building and the Port of Liverpool Building – have been nominated as a World Heritage Centre.

PDM verdict: This vibrant city has nearly everything you could hope for while on holiday – friendly locals, stylish nightlife, great food, good beer and fantastic sightseeing.