Every autumn our group of wine-loving friends organises a four- to five-day trip. The objective is pure hedonism – we stay in wonderful hotels, eat a lot of excellent food, and visit a number of wineries to taste their product and, hopefully, to find some new favourites.

This year the virus hit. We have all been good little boys and girls until now, but we decided that no miserable bug was going to keep us from our appointed rounds. Just to show that we took the threat seriously, however, we decided to confine our trip to the Alentejo, one of the safest regions of Portugal, if not all of Europe.

So, last Tuesday, we were off and running. Let me include you on our tour of some very good Alentejo wineries. You may want to replicate this tour for yourself.

A quick two-hour drive up the IP2, through a very beautiful autumnal countryside, and we were in Vidigueira, 25km north of Beja, where we visited Herdade Grande, a mid-size winery which produces about 500,000 bottles a year. We had an excellent lunch and a tasting, thanks to Catarina Fonseca and Guida Martins (marketing@herdadegrande.com).

After lunch, we visited Quinta do Carmo – no, not the winery of that name, but a lovely old manor house. It was given to Vasco da Gama by D. Manuel I in the early 1500s, along with the title of 1st Count of Vidigueira, as a reward for Gama’s discovery of the sea route to India. We were proudly shown around by the family currently living in the house.

Tuesday evening we were in the Pousada Castelo de Estremoz perched on top of the old town. This historic national monument was built for D. Dinis I by his Queen Rainha Santa Isabel of Aragon in the late 13th century. Its most distinguishing feature is the imposing Torre das Três Coroas, which can be seen for miles around. There were very few hotel guests and we had the beautiful terrace under the tower to ourselves for dinner al fresco.

On Wednesday, after a walk around the old town, we drove the short distance to the Dona Maria winery of Júlio Bastos. This winery produces about 200,000 bottles a year. It is located in a really beautiful early 18th century baroque manor house, surrounded by lovely gardens. Legend has it that the property was acquired by D. João V to give to his mistress Dona Maria – hence the name. Our tasting, conducted by Françoise Emery (francemery@donamaria.pt), took place in the beautiful Alentejo-tiled living room.

A short hop and we were at the Encostas de Estremoz winery, in the Quinta da Boa Esperança, where we tasted seven lovely wines, presented by Bárbara Macedo (turismo@segurestates.com). The winery supplied our lunch of Alentejo specialities, accompanied, of course, by their best wines. This mid-size winery produces about 500,000 bottles a year of excellent wine.

After lunch we headed for our third winery of the day. This was the Herdade das Servas, a bigger operation, producing about 1.5 million bottles a year. We were well looked after by Carlos Novo (enoturismo@herdadedasservas.com), and once again we were tasting outdoors on a beautiful terrace. There is something very special about tasting fine wines under an azure blue, cloudless sky, and discussing them with like-minded friends and the vintner.

It’s a good thing one doesn’t really drink the wines at a tasting, or we would have been thoroughly sloshed by now!

Wednesday evening we were in Arraiolos, a town of 3,500 people located 25km north of Évora and best known for its production since the middle ages of hand-made wool tapestries and rugs. We stayed in the Pousada Convento de Arraiolos, located in a 16th century former monastery named Nossa Sra da Assunção.

Thursday morning, after looking at the circular Castelo de Arraiolos, which was built by D. Dinis I in 1305, we drove a few kilometres north to visit Monte da Ravasqueira, one of the most beautiful, and interesting, winery properties in all of Portugal. It is composed of a large group of picturesque whitewashed buildings with blue trim and lots of ivy adorning the walls.

The farm has been in the José de Mello family for three generations and is a testament to the family’s love of Lusitano horses. In 1996, a team of four of their horses, driven by Félix Brasseur, won the carriage driving world championship in Belgium – the first championship ever won by Lusitanos.

One of the buildings houses one of Europe’s finest collection of beautifully maintained historic carriages, a tour of which is always on offer and very worthwhile.

Inês Crujo (enoturismo@ravasqueira.com) made a detailed presentation of Ravasqueira’s latest and best wines. This is a five-million-bottle-a-year winery, so it is one of Portugal’s bigger producers. However, in spite of the volume, they have managed to retain the high quality one would expect.

Our lunch Thursday was at a picnic table in the main square of Arraiolos, served by the República do Petisco restaurant. For a change of taste, and because it was a really warm day, we all drank beer!

After lunch, we drove south of Évora to another of our favourite wineries – Adega Ervideira, where we were looked after by Ana Banha (ana@ervideira.pt). This winery produces 600,000 bottles a year, including one of the best, and most unique, white wines in Portugal. “Invisível” is a single varietal made from Aragonês (known in Spain as Tempranillo). This is a red grape and used exclusively to produce red wines. But Ervideira gets a white wine from its Aragonês, and “Invisível” is truly excellent.

Thursday night we spent in the Pousada de Alvito, situated in a 15th century castle classified as a national monument and considered one of the best examples of classical Portuguese architecture. A lovely bottle of local red wine in the gardens after dinner was an appropriate way to end a great day.

Friday morning, we had our most unique winery visit. In the nearby town of Vila Alva, hidden discreetly away in a side street warehouse, is the Adega do Mestre Daniel, better known as the XXVI Talhas winery. This is a very small producer (less than 10,000 bottles a year). All of its wine is made in 26 large clay amphorae, the oldest of which dates back to 1845. Ricardo Santos (info.xxvi.talhas@gmail.com) gave us a great explanation of his very artisanal way of making wine, and we tasted the two whites and two reds that he produces, using a mix of varietals from very old vineyards. This was a real find!

From Vila Alva, it is about five minutes down the road to Vila de Frades, where we visited an old friend, Quinta do Quetzal. This Swiss-owned gravity fed winery produces about 250,000 bottles a year under the supervision of Reto Jörg (reservas@quintadoquetzal.com), one of the leading lights of the Alentejo wine trade. We have known Reto and Quetzal for many years, and tasting their current output, which we loved, followed by a truly excellent lunch, was a fitting end to our Alentejo wine odyssey.

And so, Friday afternoon we headed back down the IP2 toward home. But we had to make one more visit. Just west of Beja is Monte Novo e Figueirinha, where we stopped in to say ‘hello’ to José Gonçalves (josegoncalves@figueirinha.pt). Although primarily a winery, this company produces one of the finest extra virgin olive oils in Portugal and we couldn’t drive past without picking up several litres.

By the time we reached the Algarve, we could look back on four days of great food and fine wine. And, with hand on heart, we could swear that we scrupulously observed all the Covid-19 safety protocols. What a life! 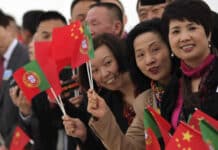 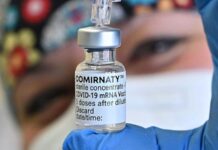 Specialists divided over effectiveness of Covid boosters in healthy adults 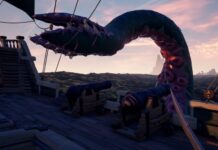