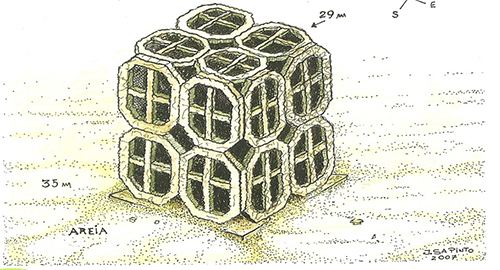 After five years on the run from UK authorities over an alleged multimillion-Pound cocaine smuggling plot, Lee Dryden was arrested by the Polícia Judiciária in Olhão last month.

The 49-year-old from South London was detained on July 27 in an international operation that saw 178 kilos of cocaine, worth €10 million, seized from a yacht in the eastern Algarve, on which he, another British man and two Germans had been travelling.

A spokesperson from the Serious Organised Crime Agency said that the yacht, named Delfim, had travelled from South America and that the suspected smugglers onboard had been tracked by officers for approximately one year before the seizure.

Conor Shields, head of operations at the Maritime Analysis and Operations Centre (MAOC), in Lisbon said: “The operation came to a conclusion when the Portuguese police seized 178 kilos of cocaine and arrested four men.

“There was strong international co-operation between several countries that led to the seizure.

“The international investigation is ongoing and then it will be for the Portuguese authorities to decide whether to prosecute. Any other interests will then be put forward.”

He added that since MAOC was set up in 2007, it has become common for smugglers to try and bring drugs, particularly cocaine, from South America or the Caribbean to Europe.

Another popular route “is to go from those areas to West Africa where law enforcement is more difficult – it’s become quite a transfer point for cocaine to be brought into Europe”.

British police have been on the hunt for Dryden since 2007 for his suspected involvement in a drug haul worth £323 million, when an inflatable boat carrying bales of cocaine off the west coast of Ireland capsized in heavy seas.

A member of the group on board the boat had filled the fuel tank with diesel instead of petrol, which caused for the engine’s failure.

At the scene, four men were arrested and several capsules containing the drug were fished from the sea by maritime authorities.

The men were later convicted and given a hefty 30-year sentence each for their involvement in the trafficking plot.

However, while waiting for the shipment of drugs in a small village in Cork, allegedly disguised as tourist fishermen, Dryden and two other members of the gang involved fled before authorities got to them.

In addition to Dryden’s capture in Olhão, one of the men, from Argentina, has since been caught in Spain, and the last one remains at large. Sophie McCarrick