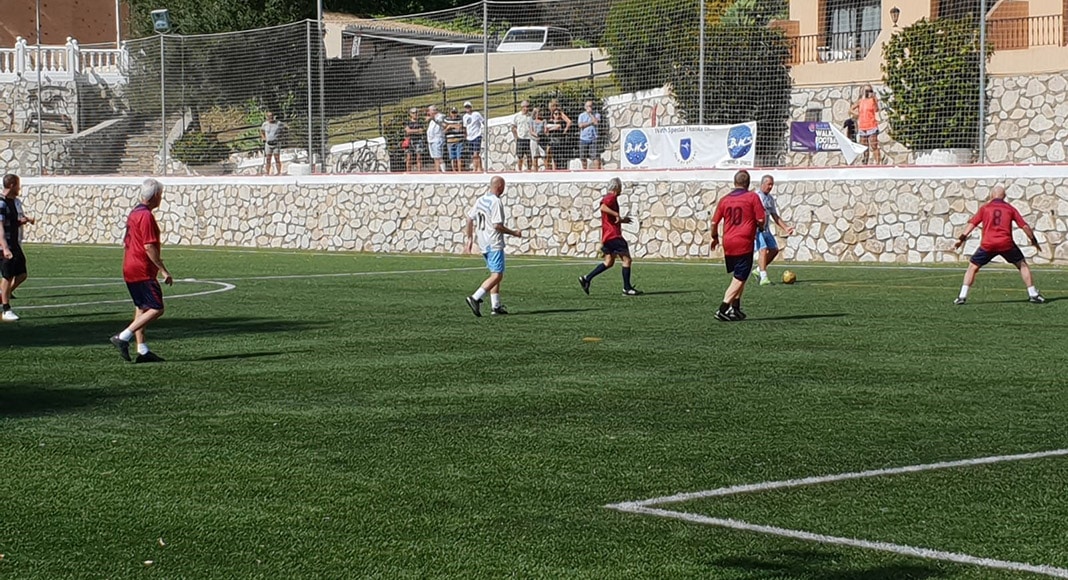 And so we enter July and towards the height of summer and one of the hottest months of the year in the south of Portugal and Spain.

However, many walking footballers come under the umbrella of “Mad Dogs and Englishmen” as they continue through to September with ever popular sessions.

The exception is the clubs who use council facilities since most of these are in use for kids football camps or coaching. An enforced break is then inevitable.

At least when it’s hot and sticky it helps control the scourge of walking football running! It’s too hot to run! Sessions tend to start earlier in the morning with regular water breaks a stipulation.

An extremely popular tournament which attracts some of the biggest clubs in walking football.

Over the border in the south of Spain, preparations will start for the new League Season which will start in mid-September. Discussions are currently taking place as to whether there should be A and B divisions or just one League. One of the problems of competitive walking football is age.

To play walking football, you must be over 50. With most clubs having an age range of players into their 80s, it becomes difficult balancing teams so they are competitive while trying to give everyone a game. Older players, or less ability players, tend to get left out or are substitutes who are never used. Factions in Spain feel that a B League for these players would be more beneficial all round. A decision will be taken at a League managers committee meeting early this month.

The Walking Football Association of Iberia continue recruiting and expect East Algarve to join the cause in time for the launch of the WFAI website in mid-July. Other Algarve clubs are expected to follow suit giving Portugal an even balance with their Spanish neighbours.

Continuing … what is Walking Football?

Last month we covered “Running”. Prohibited and punishable by trips to the sin bin for varying times.

“Physical contact” is also prohibited. Although in some areas tackling from the front is permitted. Again, cards and the sin bin are the “reward” for over aggressive players.

Next month: The launch of the Walking Football Association of Iberia website.