Since we started the Walking Football Association of Iberia (WFAI) in 2020, 18 teams have been recruited from the South Coast of Spain to Alicante in the North East and the Basque Country.

They have opted to be involved in the ‘Aims and Objectives’ of WFAI, which vary from helping clubs set up and recruitment to compiling a case to present to the football and local authorities in that they recognise walking football as a sport, with its benefits physically and mentally for people over 50, the minimum age to play walking football.

Walking football is probably the fastest growing sport in the Iberian Peninsula with clubs dotted throughout Spain and, although slightly less in Portugal, they are located mainly in the south in the Algarve.

Nonetheless, there are several prestigious clubs in the Algarve including East Algarve based in Olhão and Lagos WFC.

Browns Club in Vilamoura have excellent facilities and host several prestigious tournaments which attract some of the best walking football teams in Europe.

The popularity of walking football can probably be put down to the principal three rules: no running, no tackling and no ball can be played over head height.

There are, of course, other rules compiled by the FA. Clubs visiting other clubs to play in friendlies or tournaments are often surprised at how the rules can be “adapted” at different clubs. More of that in next month’s article.

At the time of writing, WFAI are waiting for response from the Algarve clubs to become members of the association, making it truly Iberian.

If your club has not decided yet or hasn’t received the details, please do it now and allow us to proceed with these ‘Aims and Objectives’, most of which are under way in one form or another.

There are proposals to hold international matches between the countries in the association, with the Basque Country particularly keen to be involved.

One “promoter” in the Northeast of England has already asked if we can organise an international tournament in 2022, with teams from Scotland and England wanting to play Portugal, Spain, the Basques and Gibraltar. Ireland have also stated they want to be included.

East Algarve’s Grand May Tournament means the international tournament will take place provisionally the second weekend in June 2022 at a venue which will be decided by the countries themselves. However, it will be this side of the Channel/Atlantic.

When this edition of the Resident is published, Walking Football’s season will be drawing to a close. Sessions continue through the summer months with earlier or later kick-offs to allow for the heat.

Although May sees activity slow down for many clubs, there are still many interesting tournaments and events.

I will report on many of these next month. 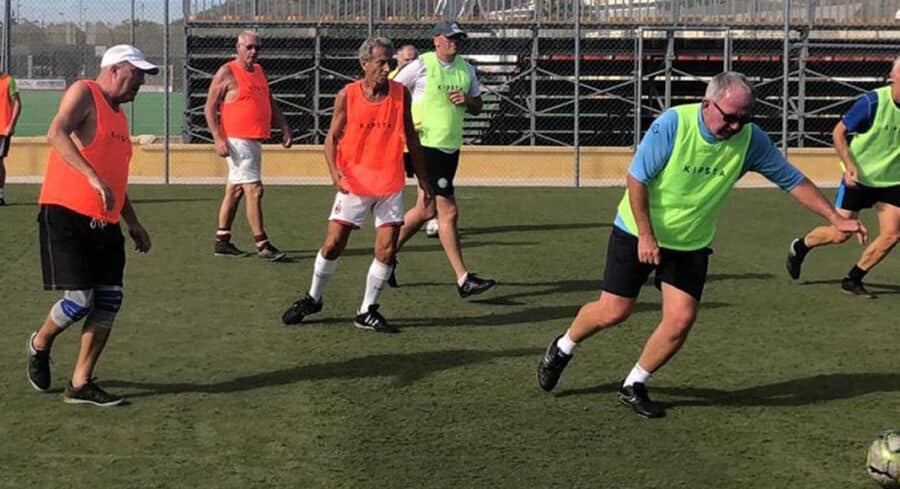