VRSA council purchases 70 apartments to save families from eviction

Seventy families in Vila Real de Santo António were saved from eviction right before Christmas after the apartments they live in were purchased by the local council.

Representing a €10 million investment, the apartments were purchased as part of a new housing support programme called 1º Direito, which is financed by Portugal’s Recovery and Resilience Plan – aka the European ‘bazooka’. In other words, not a single cent of council money was spent.

The situation dates back to 2021 when tenants from three apartment buildings in VRSA began receiving letters from a property fund which advised them to purchase the apartments they were living in. If they refused, they were threatened with the “immediate cessation of their rental contract,” reports TSF radio.

“Our landlord, represented by a property fund, acted in bad faith,” said José Vicente, one of the affected tenants, adding that the situation caused them “many sleepless nights.”

This is when the council decided to step in. As part of its Local Housing Strategy, the local authority opted to use the tools at its disposal to take over the apartments and save 70 local families from being evicted from their homes.

The apartments are now being rented to the families under an affordable housing regime.

Said local mayor Álvaro Araújo at a ceremony held on Tuesday to celebrate the initiative: “Starting today, these 70 families will certainly feel that Christmas has arrived in the comfort of their homes.”

Also in attendance was Portugal’s Minister of Infrastructure and Housing, Pedro Nuno Santos, who applauded both the families who fought to keep their homes as well as the local council for its Local Housing Strategy.

“It is an ambitious plan which is allowing a highly-indebted municipality to carry out works and respond to housing needs without spending any council money, having used money and programmes provided by the government,” the minister said.

“Through the work of this council, we are carrying out an ambitious local housing strategy to the tune of €80 million which will allow us to put an end to situation of indignity and provide a home to over 700 families in VRSA,” he added.

His words of praise also extended to the tenants.

“They are an example of how we should behave in life, fighting for what is ours and for what is our community, together, because alone we are nothing.” 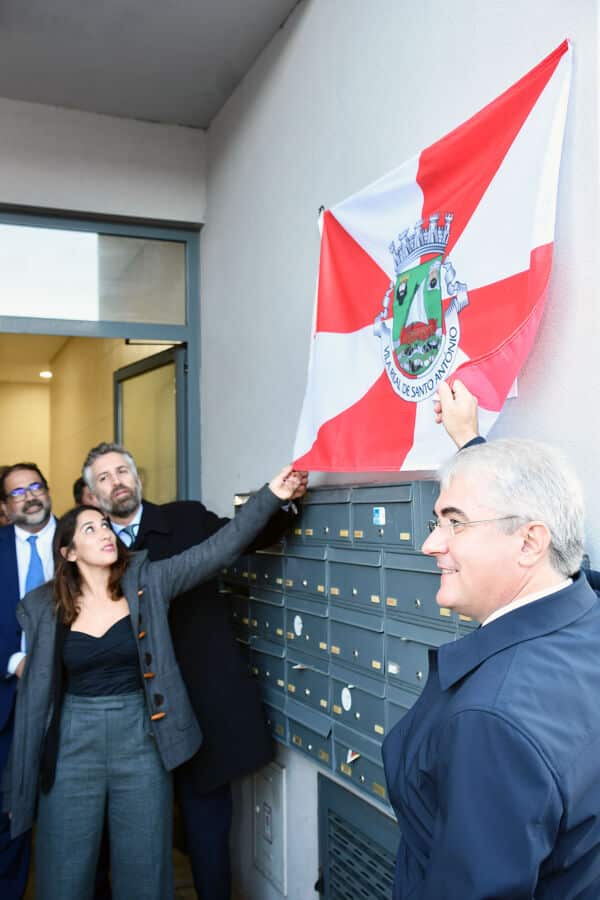 It added that it is planning to purchase another 29 apartments to the tune of €1.9 million, which will provide homes for further families in need as well as homeless people.