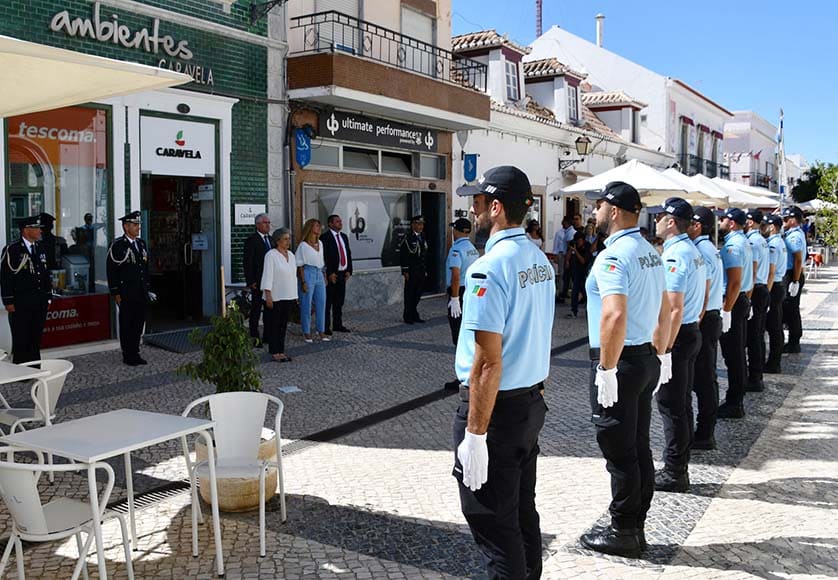 Vila Real de Santo António mayor Álvaro Araújo has called for more policing on the borough’s streets in order to increase the “feeling of safety” among citizens.

The request came last Thursday during the 135th anniversary celebrations of the PSP Faro district command, held at the António Aleixo Cultural Centre in VRSA.

“It is fundamental to increase policing on streets,” said Araújo, stressing that a stronger police presence also allows citizens to have a closer relationship with PSP agents.

“It is about promoting an inclusive attitude, which has long been adopted by the agents who patrol these streets,” the mayor added in front of an audience of 100, including members of PSP police, other security forces and several guests, including Secretary of State for Internal Administration, Isabel Oneto. 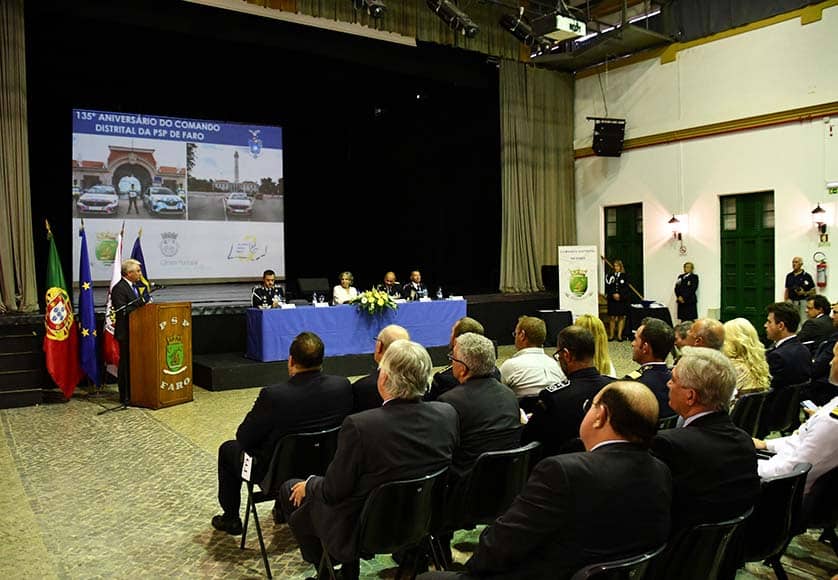 The local mayor also confirmed that the town’s new PSP police station is due to be inaugurated this year at the old customs building. The location was chosen due to its “strategic location, its size and for being an emblematic building which is worthy of receiving a police force which ensure the safety of everyone.”

Despite having called for stronger police presence in the borough, Álvaro Araújo also highlighted the positive work the local PSP agents carry out.

“No words are enough to thank these agents for everything they do for us,” said the mayor, highlighting the “educational and preventive” role PSP agents have.

“People feel safe with the presence of PSP agents on the streets. It is an undeniable fact. It is hard to put into words the importance that PSP have to each of us,” added Araújo.

“It is not by chance that Portugal is one of the safest countries in Europe and the world,” the mayor stressed. 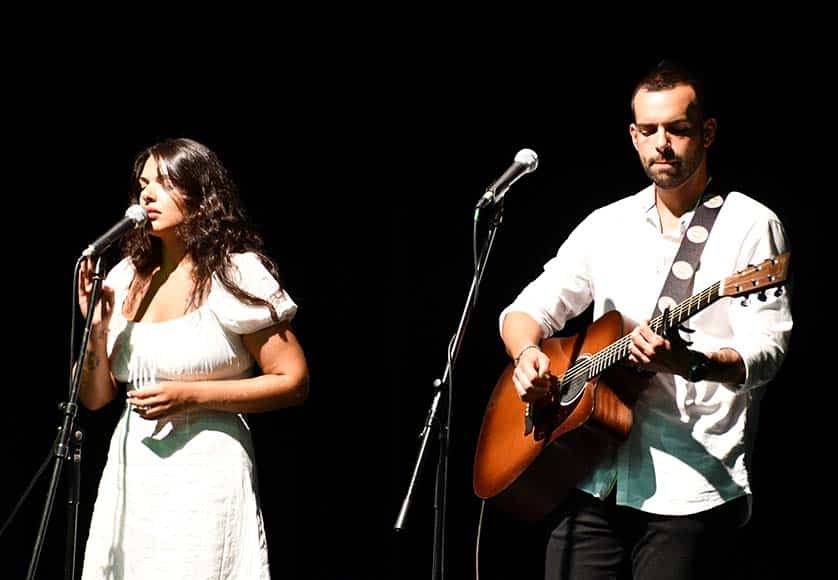 Secretary of State for Internal Administration, Isabel Oneto, responded positively to the mayor’s request, promising a reinforcement of police agents in the Algarve and the VRSA municipality.

The secretary of state also said the Algarve can expect a reinforcement of new unmarked police cars and other vehicles as well as the renovation of PSP police stations in Olhão and Portimão.

Oneto defended the importance of “rejuvenating” the PSP police force with new agents, saying it is “the only way to ensure high levels of readiness.

“We have over 900 agents being trained who will begin their service in September,” said the secretary of state, adding that over 1,000 new vacancies will be opened until the end of 2022.

“It is not by chance that criminality is falling and that we continue to be one of the safest countries in the world. It is due, essentially, to the work of security forces, which are ever more prepared for the new challenges facing Portugal, Europe and the world,” the secretary of state added.