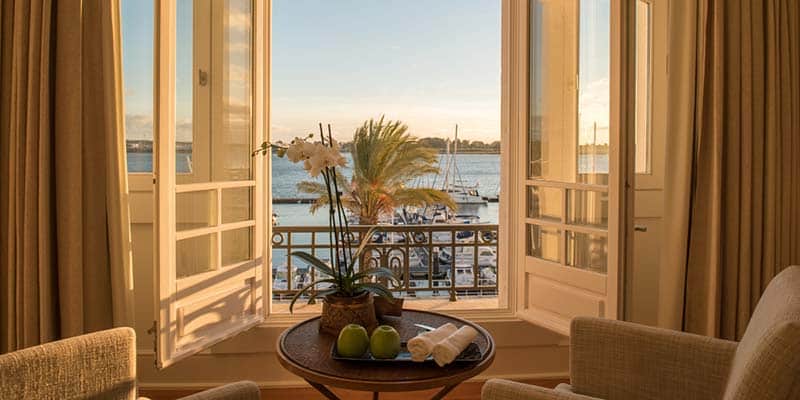 The five-star Grand House Hotel in Vila Real de Santo António, the historic hotel once known as Hotel Guadiana which reopened after a major revamp in January, has become the latest Portuguese member of the Relais & Châteaux, an association that includes some of the best international gourmet restaurants, boutique hotels, resorts and villas.

The Eastern Algarve hotel was one of nine new members to be welcomed into the Relais & Châteaux family in October.

“Thanks to their exceptional locations, the charm of their architecture, their singular history, and the talent of their chefs, these properties full of character open up new windows to the world for travelers,” the group said in a statement posted on its official website.

It points out that “this prestigious hotel was the first to open in the Algarve back in 1926” and says that its “recent restoration showcases its Belle Époque architecture, thus opening a new chapter in the life of this emblematic location”.

The hotel is located in the heart of Vila Real de Santo António and had been abandoned for years before it was revamped by the local council, which handed over its management to the Grand House Algarve Group.

“We are very proud to receive this international distinction from the Relais & Châteaux,” said Marita Barth, general manager of Grand House Algarve. “It is another step in our ascending journey which started with the opening of our hotel in January.”