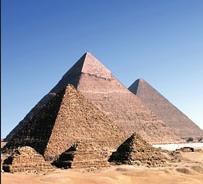 A GLOBAL competition to name the new Seven Wonders of the World has attracted widespread interest, with more than 20 million people voting so far, according to organisers.

The resulting list, so far, has the Egyptian pyramids as the only surviving structures from the original list of seven architectural marvels. The Hanging Gardens of Babylon, the Statue of Zeus at Olympia, the Temple of Artemis at Ephesus, the Mausoleum of Halicarnassus, the Colossus of Rhodes and the Pharos lighthouse off Alexandria are long gone. Those seven were deemed wonders in ancient times by observers of the Mediterranean and Middle East.

Candidates for the new list have been narrowed down to 21, including the Eiffel Tower, Statue of Liberty and Taj Mahal. The public can vote until July 6, 2007 at www.new7wonders.com

The seven winners will be announced on July 7, 2007 in Lisbon.

Choosing world wonders has been a continuing fascination over the centuries. The United Nations Educational, Scientific and Cultural Organisation, or UNESCO, keeps updating its list of World Heritage Sites, which now totals 830 places.

Swiss adventurer Bernard Weber felt it was time for something new to bring the world together. The list “symbolises a common pride in the global cultural heritage,” said Tia B. Viering, spokeswoman for the ‘new seven’ campaign.

Nominations were whittled down by public votes to 77 last year. Then a panel of architectural experts, chaired by former UNESCO chief Federico Mayor, shortened the list to 21.

Interest has been growing as Weber and his 10-member team begin visiting the 21 sites. Their final visit will be on March 6, to New York’s Statue of Liberty.