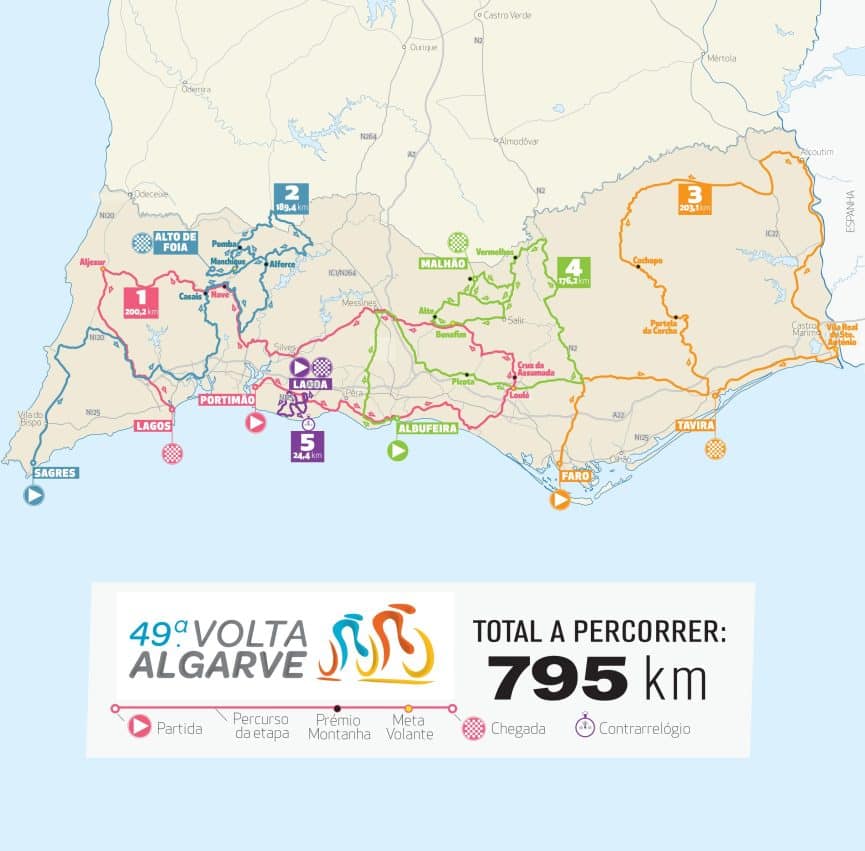 The 49th edition of Volta ao Algarve, the region’s premier cycling competition, will be held between February 15 and 19, the Portuguese Cycling Federation has announced.

The event will feature five stages totalling 795kms, including an individual time trial, and will attract 12 WorldTeams to the Algarve.

Organisers say there will be “stages for all tastes,” which has become a “habit” with Volta ao Algarve and is described as a “fundamental ingredient to attract the best teams and best international cyclists.”

“The Algarve’s mild climate in February, the variety of the trail and its difficulty, with a cumulative elevation gain of 14,600 metres, makes Volta ao Algarve the first clash of titans of the international peloton each season,” they add.

Portimão will once again host the first stage of the event, which will be a 200.2km journey ending in Lagos.

The second stage will be the first major test for cyclists, who will set off from Sagres for a 189.4km trip ending at the highest point in the Algarve, Fóia, in the municipality of Monchique.

Day three will see cyclists beginning in Faro for a 203.1km stage, with the finish line waiting for them in Tavira.

For the fourth stage, riders will set off from Albufeira to complete 177.9 kilometres to the top of Malhão, in the municipality of Loulé.

“As the time trial is saved for the last day, it is expected that the climbers and their teams will attack this stage to try to distance themselves from the time trialists,” the federation says.

The winner will be crowned in Lagoa on February 19 following a 24.4km time trial.

Meantime, the federation has also revealed the full list of participating teams:

Continental Teams (all from Portugal)