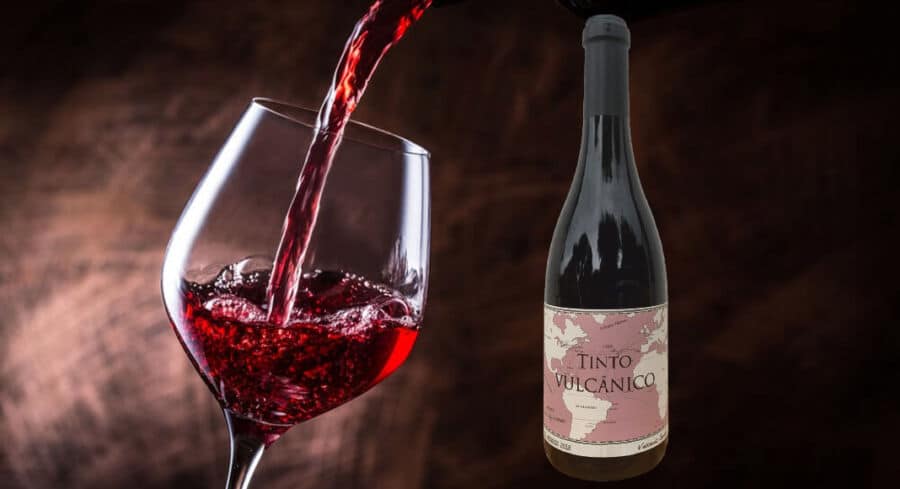 A few years ago, in this column, I wrote about the rosé wine under the same label as this red. Back then I stated that it was one of the best Portuguese rosés I had tried, and this still holds true. There is also a white under the Vulcânico label which I have yet to try, but I recently sampled the red. A bit of background first …

These wines are produced by the well-known Portuguese winemaker António Maçanita who is a partner in the Azores Wine Company, an operation that is leading the way in putting Azores wines seriously on the map.

Wine has been produced here for many centuries, but it was only when the islands gained UNESCO World Heritage status as a wine region in 2004 that the potential in terms of quality wine started to draw attention.

The vines are grown on the rocky coastline at the base of a volcanic mountain, a terroir which apparently defines the definition of unusable soil and where nothing can be grown other than grapes.

The red is un-oaked, a wine with a respectably low alcohol level of just 12% made from a blend of many different varieties including Aragonês, Castelão, Syrah, Merlot, along with local grapes.

Ruby red in colour, it has notes of cherry and spices on the nose, a lovely freshness in the mouth and fine tannins with a subtle saltiness to the dry finish.

This is something quite different but very palatable and well worth the price of €14.95 at Apolónia.