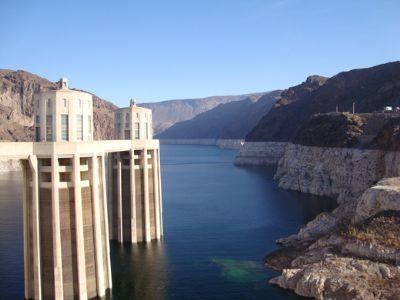 Suzy Turner has lived in Portugal for 23 years and works as a freelance writer. As well as putting pen to paper for the Algarve Resident’s travel section, she also contributes to the beauty, fashion and online columns. She is also the Features Editor.

Not wanting to be restricted to the Las Vegas ‘Strip’, we hired a car for the full two weeks. Once tax was added, it proved very expensive so I would recommend hiring one for just a few days instead.

This gave us the opportunity to visit the Grand Canyon. We rented a ‘Sat Nav’ but still found ourselves two hours in the wrong direction! Apparently, we weren’t the first to find ourselves at that Indian reservation, we were told by a helpful waitress who gave us a map and pointed us the right way.

Having found the correct road, we then discovered we had to drive 21 miles down a long and winding dirt track. Eventually we arrived and we had no choice but to park up (20 dollars) and buy tickets to get the coach (two hours queue and 30 dollars EACH). When we finally reached the Canyon, we found the best part had been blocked by a hideous new building which incorporated the new Sky Walk – a glass bridge hovering 4,000 feet above the Colorado River (it wasn’t quite as impressive as it sounds) and to walk on it we would’ve had to fork out another 20 or 30 dollars each. By this time, we were annoyed at being ripped off and just wanted to get back to the car and head home! What we could see of the Canyon was breathtaking but if we ever go back, we will definitely take a helicopter tour instead.

The vast Hoover Dam, on the other hand, was outstanding and well worth a visit. We gave the guided tour a miss but in hindsight regret not finding out more about this masterpiece. Again, if we ever return, it is something we will do. My husband did get The Hoover Dam T-shirt though!

Having the car also gave us the chance to explore the local shopping centres and outlet centres – which allowed us to treat ourselves to some real bargains. For example, Levi jeans cost around 25 dollars in the States whereas here they are often upwards of 125 euros!

The Desert Rose Resort, where we stayed, was very pleasant and in easy walking distance from the Strip. It allowed us to stay indoors whenever we wanted to and cook our own meals (or get Take-Outs!). It also offered its guests an ample breakfast every morning in the reception lounge. I would definitely recommend it.

There were hundreds of places to eat in Vegas, and twice we treated ourselves to the Champagne Brunch at the Monte Carlo hotel. Entering at 11ish, we could eat and drink to our hearts content – everything from eggs and bacon to steak and Chinese food to salads and fish. Naturally we didn’t need to eat anything else for the remainder of the day. All that cost just 18 dollars each (plus tax).

Another of Lillian’s favourites was the Bellagio Cocktail which we splashed out on once (after all, 18 dollars is quite a lot for a single cocktail that tasted just like fruit juice). But it had to be done!

A favourite restaurant was the Outback Steakhouse – an international chain – where we spent our first and last evenings in Vegas. The food was simply divine and we paid around 100 dollars for the four of us. We all had delicious juicy steaks, wine, beer, salad, dessert and so on. But what really made our final night though was the wedding party that sat next to us. The newlyweds were 90 and 86 years old!

I can’t imagine anyone not falling in love with Las Vegas – it has everything and one day, I will certainly be returning to the city that set my soul on fire.

Suzy Turner can be contacted by emailing suzy.turner@algarveresident.com