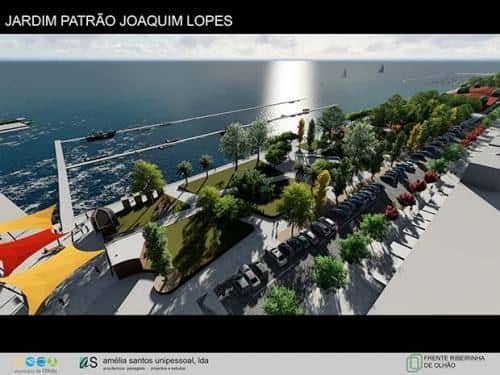 by Helga and Larry Hampton features@algarveresident.com

Helga and Larry Hampton, a German-American couple, have had a villa in the Algarve since 1972 and since 1990 have spent the majority of their time in Portugal. One of Helga’s major interests is cooking. One of Larry’s main interests is eating, and finding lovely wines to complement Helga’s meals. In their monthly column, the couple share their passion for good food and wine with our readers.

Good neighbours welcome you with open arms and hospitality even when you arrive uninvited – when you make arrangements to stay for a while, they will lavish more of their goodies on you than you ever knew existed. This has just happened to us on a wine-oriented trip to Spain.

In Spain, a whole world of different tastes, flavours, habits and eating and drinking experiences open themselves up to us.  Hop across the Guadiana and marvel straight away at the changed ambience. You are in Andalusia, the fruit and vegetable garden of Europe, where strawberries and tomatoes are grown in plastic lakes. Continue and persevere on the many smooth, albeit now rather speed-controlled motorways through the different regions, and pass through ever-changing landscapes to reach your chosen destination.

This trip we invited ourselves to the La Rioja, the Ribera del Duero and the Estremedura wine producing areas.

It is the smallest autonomous region of Spain, south of the Basque Country and Navarra. Its geographic location, on the flinty slopes of the Cantabrian Mountain range and with the fertile grounds of the Ebro river basin, predestines the La Rioja terroir to be one of the great wine regions in the world.

The fact that the Way of St. James winds through it adds great cultural and historical importance to this gastronomic Eden. Unsurprisingly to both wine lovers and gourmets, lately it has become de rigueur for wineries to open restaurants.

An outstanding example is the kitchen of the world famous Marqués de Riscal (one of the oldest wineries in La Rioja). Multi-course gourmet treats elegantly surpass the tapas epithet. Local goat cheeses come creamed with monastic herbs, foie gras – a ubiquitous favourite – is accompanied with the local specialty of pimentos del piquillo while shrimp, crab and lobster bits (from not too far away Bay of Biscay) crown foamy dabs of

Young spring lamb takes pride of place on every menu. Whenever we sat down at an elegantly laid table, little side dishes with fragrant local olive oil and coarse salt appeared to partner fresh crusty bread.

Haro, a small town with a big historic ego – its impressive banks and massive civic buildings pay witness to a glorious 19th century wine exporting past – is the centre of the modern La Rioja Alta wine industry and boasts wonderful restaurants. Here you will probably eat the very best lamb ever. At the Terete restaurant, it is baked in bread ovens and its succulence defies all description.

However, if jamon and meat, other than lamb, is what you are after, follow us back in a southerly direction to the Ribera del Duero area.

Yes, it’s the same river as our Douro and we are here on a great northern Spanish plateau east of Valladolid in an autonomous district within Castilla Leon. This gently undulating D.O.C. (Denominación de Origen Calificada) area, at an altitude of ca. 900m, is covered with a vast quilt of vineyards. In fact, one of the most famous and most expensive Spanish wines comes from the Ribera del Duero: Vega Sicilia.

The culinary highlight of our travels in Spain was lavished on us in the Le Domaine restaurant of the Abadia Retuerta winery in Sardon de Duero. The chef, Urs Bieri, served a variety of dishes from ‘fresh cheese and marinated salmon with Basque pepper’ to ‘black rice with seafood’.

The Abadia Retuerta is a sensitively renovated monastery from the 12th century. Visually it provided us a stark contrast to the ultra-modern winery architecture of Frank Gehry’s design for Marqués de Riscal (a colourful twin of the Bilbao Museum), or the wave-like Santiago Calatrava winery conceived for Bodegas Ysios at the foot of the Serra de Cantabria mountains, or the shiny Zaha Hadid designed addition to the old Viña Tondonia winery in Haro, or the Richard Rogers creation for Bodegas Protos in Peñafiel.

Getting closer to home, on our way to Seville, we were wined and lunched in Almendralejo, a remarkable centre for the fine wines of the Estremadura and gastronomically a place for the best jamon iberico, delicacies from the black-footed, chestnut-fed and smoke-cured pork that make a choice difficult. Fortunately, we had the best recommendations as our charming hostess, Piedade Fernandez, received us and had prepared our visit in the wine cellar of the Vinatería Pampano, home of the local Wine Society.

It is very easy to think that Spanish food is only tapas. But when our neighbours sit down at the dinner table, albeit somewhat late for our liking, they feast and are very proud to share their cuisine with you.

It is an interesting feature of the red wines of all three of these important producing areas in Spain that the predominant grape used throughout is Tempranillo. In fact, it is quite common to find some of the best wines using only Tempranillo, although in La Rioja small amounts of Grenache, Graciano and Marzuela, and in Ribera del Duero Cabernet Sauvignon and Syrah may be blended in for balance, colour and intensity. Unlike their Portuguese neighbours, the Spanish wineries use only a very limited number of varietals.

Amazingly, however, the nose and taste between one tempranillo wine and another and one region and another are very distinct. As similar as they all are in composition, no two wines taste alike. This results from the differences in the environment provided by Mother Nature (terroir and climate) and induced by the winemaker’s intervention (grape selection and time of picking, treatment during fermentation, time in barrel, etc).

The wines we had with the Abadia Retuerta menu above were exquisite examples. The white was a 2009 blend of Sauvignon Blanc and Verdejo that was fruity and luscious. We were guinea pigs in the sense that this wine has not even been marketed yet. The first red was Abadia Retuerta’s standard bearer – Selección Especial 2008. Its pedigree is the best – the 2001 Selección Especial received the award at the 2005 International Wine Challenge in London as the world’s best red wine. As the meat course was being served, the sommelier broke out magnums of Pago Negralada 2006. This is a single vineyard 100% Tempranillo, aged two years in new French oak barrels. This superb wine reminded us of one of the best wines we had had a few days before in La Rioja – a 2008 Finca El Bosque made by Sierra Cantabria. It was also a single Tempranillo vineyard product and also spent a long time in French oak. Although similar in their characteristics, each wine had its own personality and drinking each was a memorable experience.

Larry’s tip of the day: If you are opening your wine with a fancy gadget that probably looks like a praying mantis in flight, stop! No self respecting sommelier would be caught dead with one. Get yourself a simple two-step corkscrew that lets you ease the cork out without a “pop”.
3″>features