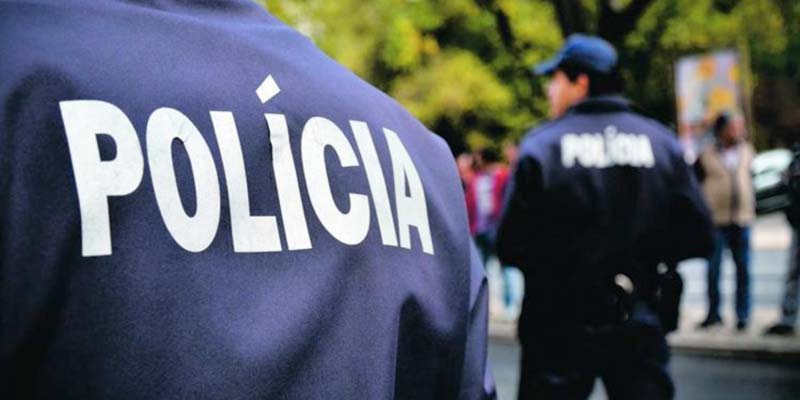 Lisbon’s Baixa district descended into chaos yesterday (Monday) when around 150 residents from deprived neighbourhoods on the south side of the river took long-running grievances against police to the doors of the Ministry for the Interior, on Terreiro do Paço.

Say reports, after stoning the PSP station alongside the ministry building, crowds moved on to Avenida da Liberdade, “attacking vehicles and shops, throwing missiles at police and obliging the cutting off of traffic at various strategic points”.

Police armed with shotguns were forced to fire into the air, with the unrest purportedly brought under control (see below) “shortly before 8pm”.

Four people were arrested, one policeman was injured enough to be unable to return to work, others registered light injuries and various police vehicles were damaged.

“The gravity of the disturbances” caused authorities to call in the PSP’s ‘special unit’, and a number of investigations are now underway.

But the root cause of this ugliness is an issue highlighted years ago by the BBC – alleged police brutality against black people (click here).

And the news put out about unrest being brought under control was precipitous.

The violence spread back to the areas from which the crowds had come, seeing Molotov cocktails hurled at the police station in ‘Bairro da Boavista’ and “cars set on fire” in the early hours of this morning.

MEP Francisco Assis has called for urgent action. “The danger is that this could spread”, he told journalists last night, while Angola’s national radio reports that a diplomatic complaint from Angola has already been sent to the Portuguese government.

As media stations explain, the violence stems from alleged ‘excessive violence’ reportedly used by PSP agents on Sunday in the Bairro da Jamaica.

The incident led to the arrest of 32-year-old Angolan resident Hortệncio Coxi, who has since been released.

As reports have stressed, the violence, indeed the incident, has several versions, but controversy has not been helped by the uploading onto social media – by Bloco de Esquerda MP Joana Mortágua – of a damning clip captured by witnesses decrying the “corrupt, racist behaviour of Portuguese police”.