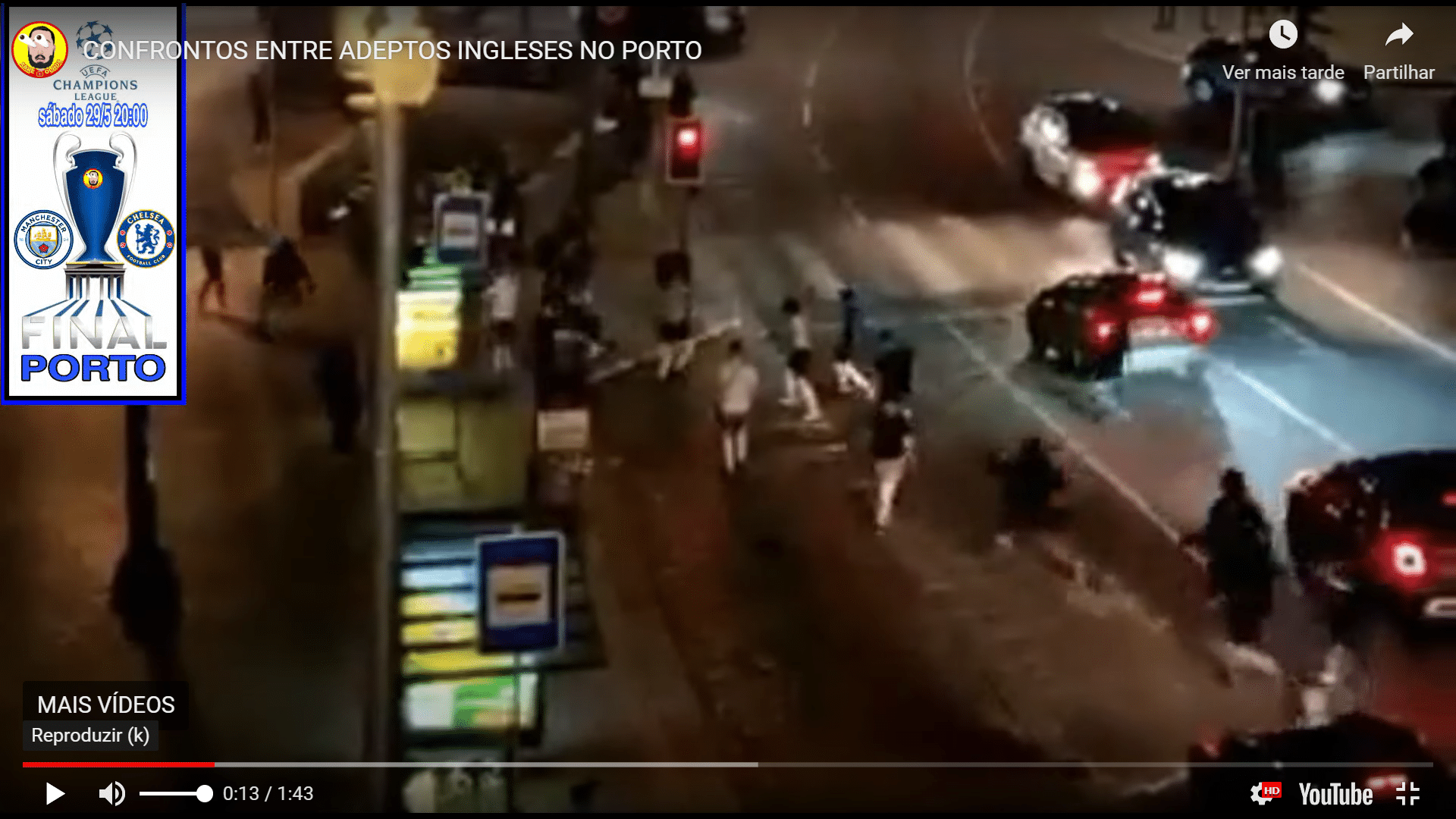 “Violent confrontations between British fans” in Porto ahead of the Champions League game between Chelsea and Manchester City on Saturday are being reported in Portuguese newspapers this morning. But in reality the incidents appear to have been little more than ‘skirmishes’ quickly dealt with, without any arrests being made.

PSP police were called to two such incidents relatively early last night. In fact, it was a source for Porto’s Metropolitan Command that actually dubbed them ‘skirmishes’ – describing both situations as “small skirmishes”.

The first took place in a café at Estação de São Bento at 10pm; the second half an hour later in Ribeira do Porto.

According to Diário de Notícias there were also a few ‘scenes’ in the ‘bar area in Ribeira’. Shortly before 1am, for example, one fan had to be treated in hospital after being hit over the head with a chair.

These reports may be sitting uncomfortably with authorities as the ‘masterplan’ for the Champions League final had been to ‘fly fans in on Saturday, see them transported to the Stadium for the game, and fly them straight back out again within less than 24-hours’.

This always sounded a tall order in that 12,000 fans are expected for the game, and there simply aren’t enough seats on planes to bring this number in and out in a 24-hour period.

Now of course it has become clear that many Brits have pre-booked ‘holidays’ for the event, and so will be in Porto for the whole weekend, celebrating or otherwise.