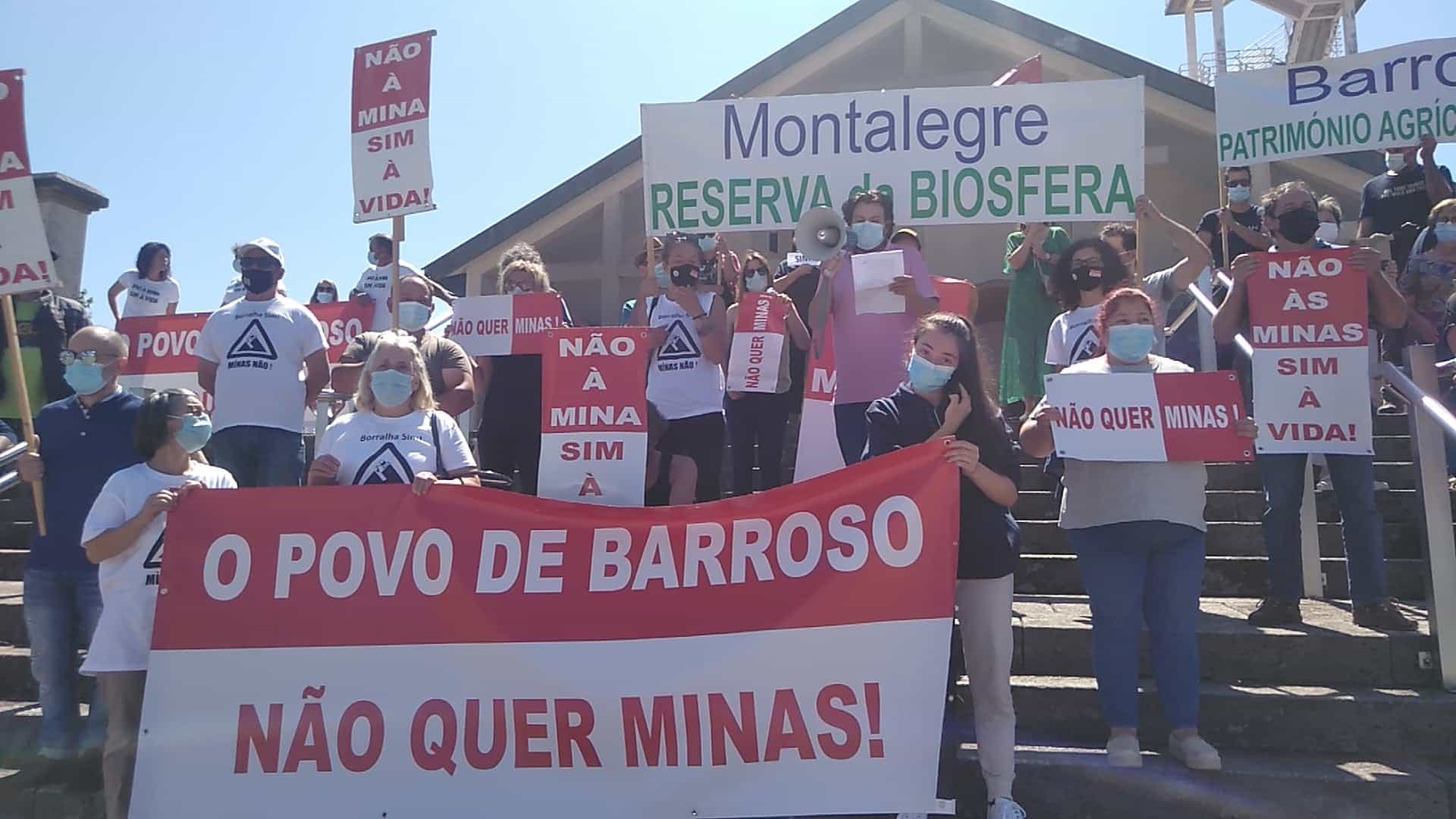 Villagers from the municipalities of Montalegre and Boticas in the north turned out in force on Sunday to show the strength of local feeling against mining projects.

Scores of tractors took part, decked out in slogans, as hundreds of people joined processions through the streets.

It’s not simply the hotly-contested lithium initiative, run by British company Savannah Resources in Boticas that has curdled tempers: there is are others, like the plan to mine wolfram in an area known as Borralha, that have made locals see red.

Their contention is that mining to whatever end is the last activity the area needs.

Montalegre and Boticas sustain lifestyles focused on agriculture, forestry, cattle and pig farming – all of them dependent on plentiful supplies of quality water pumped from aquifers.

Fears are that mining will decimate the livelihoods of populations whose traditions go back generations, while polluting or even worse, destroying, underground water sources.

“Não a mina. Sim à vida” was one of the many slogans held aloft or plastered over machines as protestors wound their way through Borralha – an area where homes and properties will find themselves near the rim of an open-pit mine if this kind of pressure can’t turn things round.

Talking to Lusa news agency, Cristina Barroso of the ‘Movimento Não às Minas – Montalegre’, stressed this isn’t just about preserving a way of life: the area has been declared a world agricultural heritage site, and a biosphere reserve.

To install mines into the mix, will destroy so much more than could possibly be created.

Even worse, to excavate the wolfram, locals have been told Braga company Minerália will be using 720 kilos of explosives per day.

“It’ll be like living with constant earthquakes”, said one.

The wolfram plan is not a new one. Borralha has a labyrinth of underground galleries that were mined for wolfram between 1902 and 1986. In those days the mines “created a lot of wealth for Montalegre”, says Lusa.

Minerália wants to resurrect them – not simply to mine further wolfram, but to extract tin and molybdenum (a chemical element used to make alloys).

For locals, an added problem with the plan is that some of the old mining galleries run under homes: people are worried a return to activity could see the ground ‘collapsing’, taking their properties with it.

Montalgre’s other mining issues centre on Boticas, and Morgade.

The bottom line is populations want Montalegre free of all mining activity, and Barroso too.

Savannah Resources recently announced a partnership deal with energy company Galp, but this later appears to have fallen through.