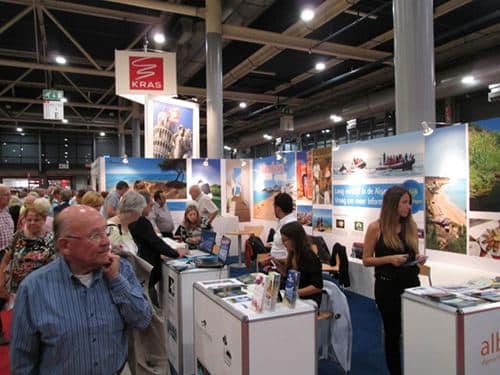 With the aim of turning Vilamoura into a more eco-friendly resort and making the most of the area’s 22 kilometres of cycle lanes, Inframoura, the entity responsible for managing Vilamoura’s public spaces, created a bicycle sharing system called Vilamoura Public Bikes.

Launched on July 15, the project has been a hit amongst the luxury resort’s residents and visitors, who have so far used the bicycle sharing system for over 6,000 hours.

Comprising 32 pick-up and drop-off points and 200 white bicycles, which were specially designed by the Porto-based design studio And-Ré, the system is easy to use: riders can get their free personal card at the Inframoura offices in Vilamoura or online at www.vilamoura.pt and simply charge it with €30 for a year’s use or €20 for three months.

All bikes can be used for a maximum time of 45 minutes, at which point users must park and ‘check out’ in one of the drop-off locations spread across the resort. Available all year round, the scheme was supposed to be available from 8am to 8pm from the beginning of September, but due to the increased public demand, Inframoura decided to extend the system’s schedule to midnight until September 15.