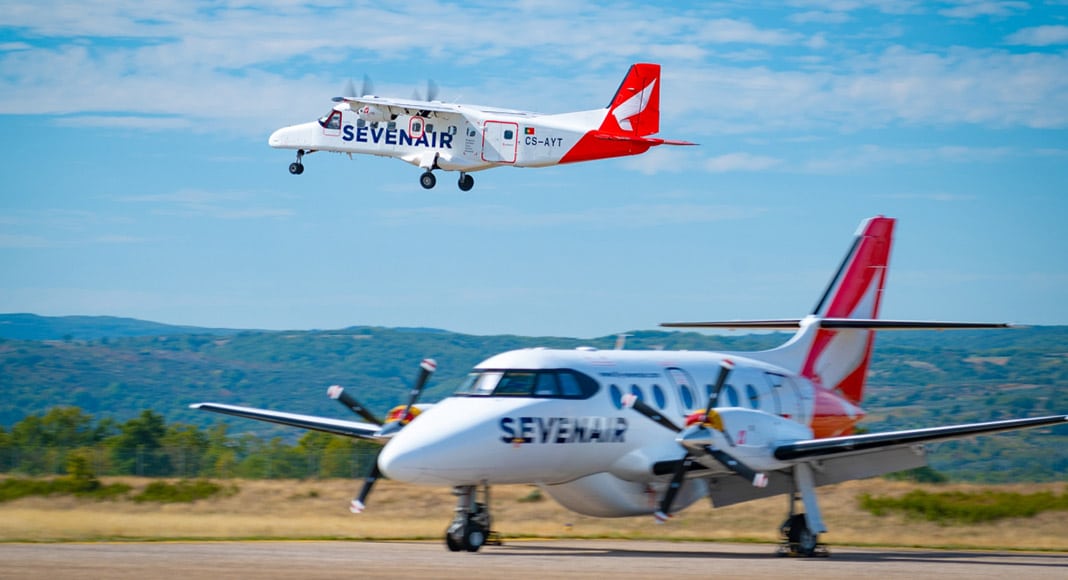 Vila Real has rejoined the Portimão-Bragança air link after the stop was suspended in 2019 due to a pothole which raised concerns that the aerodrome’s landing strip could cave in.

Around €600,000-worth of renovation work was completed recently and allowed for the return of the air link’s first plane in nearly three years, on Friday morning, April 8.

The suspension of the Vila Real stop had a huge impact on the air link, which saw ticket sales decrease significantly.

“Before the closure of the aerodrome, the 18-seat plane had an occupation rate of almost 86%. Without the stop in Vila Real, the occupation dropped to 45% in recent years,” said air link operator Sevenair in a statement, adding that the local economy also suffered from the loss of arriving passengers.

In fact, Viseu accounted for around 25% of the air link’s passengers, Alexandre Alves from Sevenair told reporters at a ceremony to mark the arrival of the first plane in Viseu since 2019.

“We ended 2021 with around 7,800 (passengers), around half the number we had in 2018 due to a combination of both the suspension of the stop and the pandemic,” Alves said.

As the Resident reported at the time, the aerodrome had been closed over fears that the runway could cave in due to erosion caused by an underground stream.

According to the local council, specialised and complex tests found that the problem was severe and required the almost complete replacement of the runway.

The process was “lengthy” and involved a public tender, which attracted no bidders, and the approval of civil aviation authorities.

“It was a delicate and long process, which ends today with the reopening of this runway,” said Vila Real Mayor, Rui Santos.

As fuel prices continue to rise, the air link is being promoted as a “cheaper alternative” for those looking to travel between its five stops – Portimão, Lisbon, Viseu, Vila Real and Bragança.