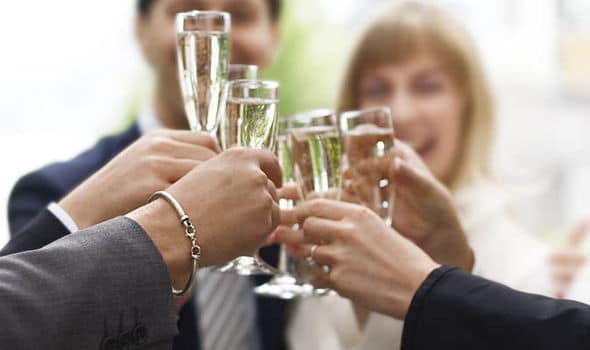 Victory at last has come for 167 of the victims of the collapse of foreign exchange company Premier FX.

The British company with offices in Almancil went belly-up ‘out of the blue’ in 2018 following the death of its founder Peter Rexstrew on a hospital operating table.

Within weeks it became clear that Rexstrew had been operating a kind of Ponzi scheme with client money. The short version being: there wasn’t any (click here).

There then followed weeks and months of agonising and collaboration between victims who never had any doubt that Barclays Bank – Premier FX’s sole banker in UK – had been complicit in what took place.

But the way ahead was a minefield, with no authority seemingly prepared to accept that a blind-eye had been permanently turned on malpractice.

Three absolutely determined former Premier FX clients – buoyed-up permanently by stalwart Pauline Creasey, who lost the proceeds of the sale of her home in the debacle, and very nearly her livelihood – never gave up.

And today they have been vindicated. The Financial Conduct Authority has slapped Barclays with a £783,800 fine for oversight failings in its relationship with Premier FX, and ensured that every single swindled client with claims that have been accepted by the liquidating committee will be getting their money back.

The total in claims exceeds €10 million

Says a statement put out by the FCA today: “The financial penalty takes into account that Barclays has agreed voluntarily to cover the losses of Premier FX customers whose claims have been accepted by Premier FX’s liquidators”.

“Barclays failed to make enquiries to ensure that Premier FX’s actual business activity aligned with Barclays’ expectations and did not identify that Premier FX’s internal controls were deficient. This constituted a failure by Barclays to conduct its business with due skill, care and diligence”, the statement continues.

“The FCA publicly censured Premier FX in February 2021 for failing to safeguard its customers’ money and seriously misleading its customers about the services it was authorised to provide. The FCA would have imposed a substantial financial penalty on Premier FX because of the serious failings in that case. However, it considered that a public censure was a more appropriate sanction given that Premier FX was in liquidation and there was a significant liability to its creditors, most of whom are consumers.

“This action ends the FCA’s investigation into Premier FX and associated parties.

‘Premier FX, which handled money on behalf of other people, presented particularly high risks of financial crime and fraud. Barclays was aware of these high risks in providing banking services to Premier FX but failed to take reasonably appropriate steps to mitigate those risks. Barclays’ agreement to meet the deficiency in Premier FX’s funds mitigates the actual losses to Premier FX’s customers. This is a significant step to the credit of the bank and has reduced substantially the sanction that otherwise would have been imposed.’

For the victims themselves this is the day they never dared believe could come.

“Finally, we have retribution!” Said a delighted Keith Carre, one of the three victims that sat on the liquidation committee.

“If we hadn’t fought, we wouldn’t have got a thing”, he added – endorsing the efforts of Pauline Creasey who he described as ‘the head honcho’ of the little group that held onto this fight like prize-winning terriers.

With luck the Resident may get to hear the stories of others who have finally got their money back, and who can finally pick up again on plans and dreams.

In a world where nothing is making sense, this story is a good one.