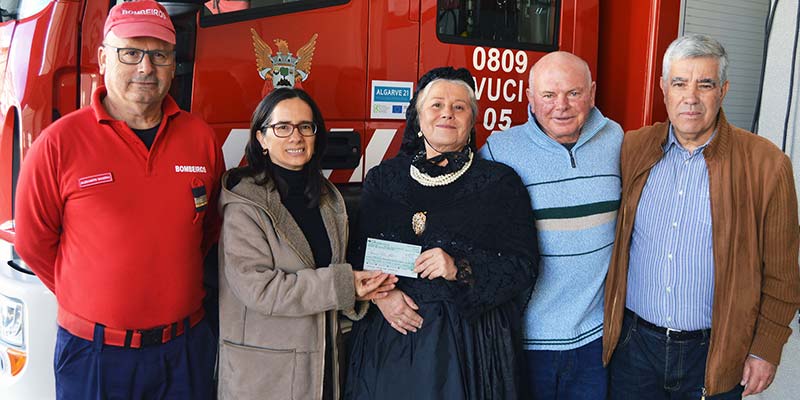 During December, theatrical performances of ‘A Christmas Quarrel’ raised funds for the fire station at São Brás de Alportel. A cheque for €624 was handed to the President of the Bombeiros by Queen Victoria lookalike actress, Sue Ward. She and a group of 14 other thespians presented a historical comedy about the lives of Saxe-Coburg cousins, Queen Victoria and Dom Fernando de Portugal.

Profits made from ticket sales and many generous donations will be used to equip and buy suitable protective clothing for the volunteer bombeiros (a pair of specially treated fireman’s boots, for instance, can cost up to €180).

The personnel at São Brás fire station consists of 40 volunteer and 20 professionals. All 60 are trained to the same standard.

As explained by Vice President, Alejandro Barcia, the situation at São Brás is about to be improved with 10 new professionals to be appointed. “It takes five people to manage each engine, so this will provide us with two new teams. This is especially important during the summer when there are frequent forest fires and volunteers are sometimes unavailable because most have other jobs.”