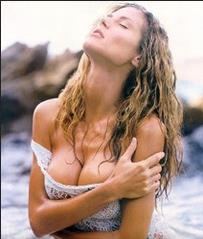 Japan’s coach, Brazilian World Cup winner Zico, has severely criticised Fifa for letting politics interfere with the competition’s draw. He believes that placing countries into “pots” for the seedings and sub-divisions favours the established footballing nations, while minimising the chances of new countries. Italian functionaries go even further, suggesting that a certain degree of manipulation was in play at the draw. The allegations resulted from the fact that former German captain Luthar Matthaus chose a ball, dropped it like a hot coal and drew another, pairing Italy with the US rather than a weaker opponent. All such charges have been refuted in the strongest terms. Meanwhile, Iranian television viewers were prevented from following the Leipzig proceedings live at all – Islamic authorities considered German model Heidi Klum’s attire “immoral” and delayed the broadcast to permit editing.