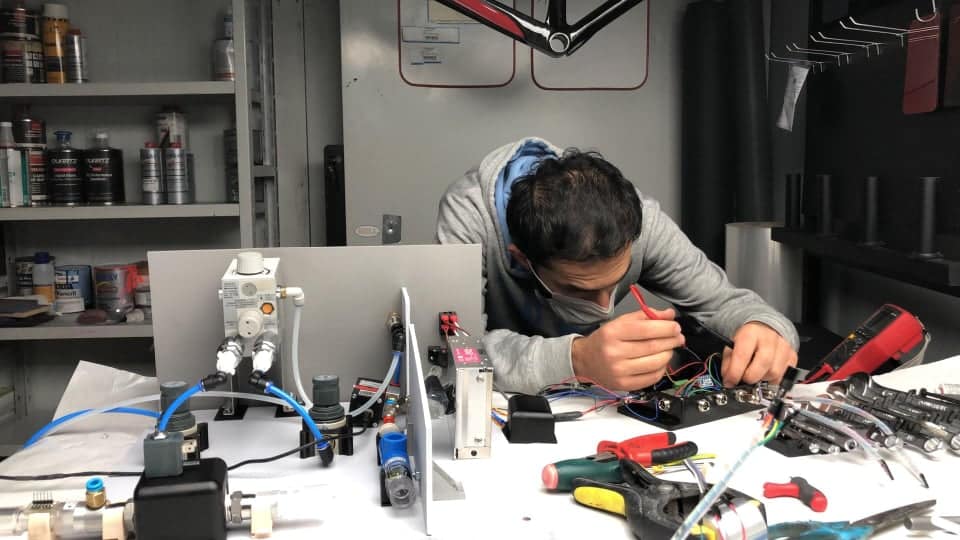 Portuguese-made ventilators have reached the ‘test’ phase after an initiative, started by a lone mechanical engineer from Cascais, has ‘moved mountains’.

Pedro Monteiro’s ‘project’ has been embraced by experts across the board from multiple institutions, including specialists in intensive care.

The result is “Air4All” – a line of ventilators that not only aims to respond to critical needs on the frontline (needs that are not being met quickly enough by outside suppliers) but will do so at a fraction of the price.

The purchase of 500 ventilators from China recently cost the government 9.3 million euros. Trailing news of the ‘Air4All project’ last month, Diário de Notícias suggested that these Portuguese made machines will actually be donated free of any charges to hospitals.

Helena Simão de Almeida, one of the chemists involved in the project, told the paper that cost of each ventilator would be “a maximum of €2000. The plan at the time was to mount a crowdfunding campaign to finance production.

Now, just a few weeks on, the project has reached the stage where the green-light for licensing is already been sought as ‘Air4All’ is concentrating on putting in place the wherewithal of production.

Talking to Rádio Renascença, Pedro Monteiro described the “gigantic mobilisation” of support for his project. “I have experienced demonstrations of humanity and solidarity that I never imagined. This has been priceless, something I will take with me forever even once this project comes to an end”, he said.

How does it work?

‘Air4All’ is essentially a mechanical pump that powers oxygen in specific doses for life support.

At the moment there are two prototypes in production: mechanical and pneumatic. It is the latter that is so desperately needed on the frontline where so many patients are in states of extreme respiratory distress.

This week’s tests are for ‘function and fatigue’. As Monteiro explained, “it’s one thing to have a ventilator working for two hours, another for 24, and another for a week which is the average time we’ve been told that it takes to treat the average patient connected to life support”.

The focus of this testing phase is to give health professionals the necessary confidence to use these ventilators, which, Monteiro disarmingly describes as essentially just involving “a dozen tubes, a dozen screws and a dozen cables”.

CEO in normal times of a company that produces ‘carbon parts’, Monteiro’s focus before the pandemic was in designing bicycles.