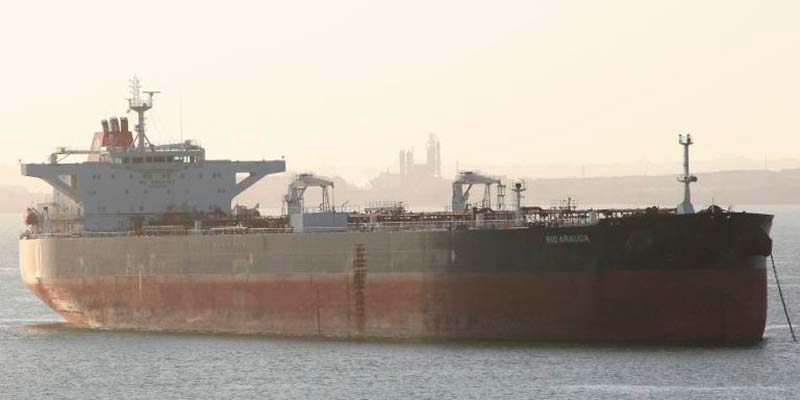 With the situation in Venezuela still a long way from resolution, two oil tankers in limbo in Portugal due to millions of dollars in unpaid debts to multiple parties have finally heard their crews are to be dismissed.

The crews of ‘Rio Arauca’ and the ‘Parnaso’ have been in the diplomatic doldrums for almost two years.

Rio Arauca arrived in Lisbon in May 2017 but has never been given authorisation to dock thanks to the massive debts accumulated by owners PDV Marina, a subsidiary of Venezuela’s State-owned oil company PDVSA.

Now managers BSM (Bernhard Schulte Shipmanagement) are reported to have confirmed that crews are “to be removed” later this week.

BSM had been operating a crew rotation for the last 21 months to ensure the huge vessel “stuck in the middle of the Tagus river” maintained sufficient manning levels aboard to guarantee “safety and security”.

It is unclear how much crude remains inside the tanker, nor what now will happen to it.

Both Reuters and Euronews have broken this latest chapter in what has been a long-running saga, stressing “PDVSA had no immediate comment on the issue”.

Also failing to comment have been the ports authorities of Lisbon and Setúbal (where the Parnaso is held in dry dock). Both will have their own debts presumably now to write-off and the added headache of what to do with the lumbering vessels.

These problems are in no way exclusive to Portugal, explains Reuters: “Various tankers with Venezuelan crude around the world have been arrested by authorities or otherwise prevented from leaving because PDVSA has not been able to pay for hull cleaning, inspections and other port services”.

PDVSA’s debts run to many millions of euros/ dollars. Another aspect of this wrangle is the state of the tankers themselves with ‘dirty hulls’ compromised by oil leaks.