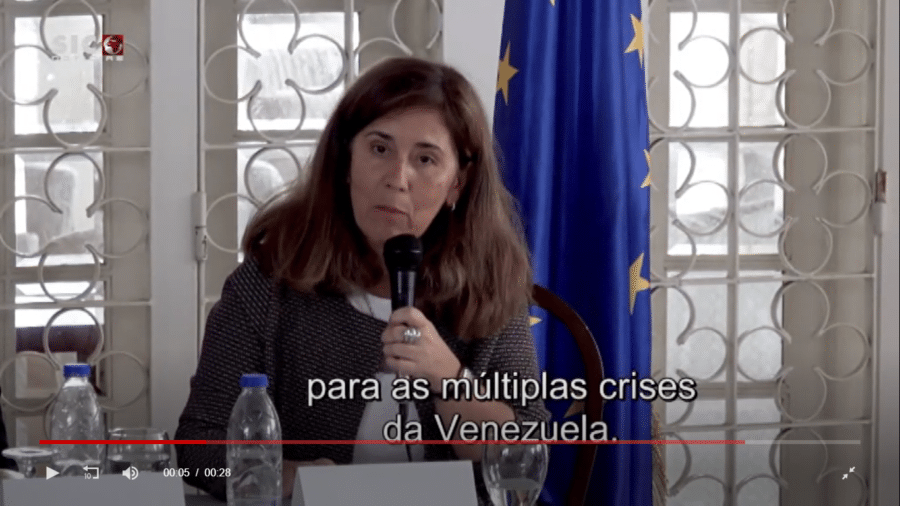 Portuguese ambassador Isabel Brilhante Pedrosa has been declared ‘persona non grata’ by the Venezuelan government and given 72-hours to leave the country.

Ms Brilhante Pedrosa has been the head of the European delegation in Venezuela since 2018 – and was also given her marching orders by the Bolivarian regime in May 2020.

At the time it was president Nicolás Maduro who declared the decision “a few hours after Brussels had sanctioned 11 further members of the government in Caracas”, says Expresso.

The expulsion was reversed a couple of months later after Maduro and the EU came to a new agreement.

But today this all seems to have fallen apart as Brussels has added a further 19 people to the list of personalities it believes have had “a role in acts and decisions that have undermined democracy and the State of Law in Venezuela”.

The president of Venezuela’s parliament Jorge Rodríguez appears to have been the one in the driving seat this time – asking the House to approve a request for the government to declare Ms Brilhante Pedrosa once again ‘persona non grata’.

Said Mr Rodríguez, the latest decision by Brussels is “erratic” and highlights “the failure of European interventionist plans”.

Thus once again Ms Brilhante Pedrosa will be packing her bags

The immediate back story here is Venezuela’s elections – the most recent in December 2020 – which Europe’s foreign ministers have refused to recognise as “credible, inclusive or transparent”. But the political crisis within the country goes back years and already seen millions leave – many returning to Portugal (click here) – in absolute despair.

The addition of these latest 19 individuals to the European ‘blacklist’ means there are now 55 Venezuelan officials prohibited from travelling to Europe, with their assets in the bloc  ‘frozen’.

Mr Rodríguez has also requested that parliament consider a formal complaint with the Commission for Human Rights at the United Nations.

He claims the EU’s measures against Venezuela are “unilateral, illegal, grotesque and criminal”.

The EU meantime has stressed that it will “continue to work and collaborate with all civil partners in Venezuela to promote peaceful dialogue and a democratic and sustainable solution for the crises in the country”, while a source for Portugal’s foreign affairs ministry has said that Ms Brilhante Pedrosa’s expulsion will “exacerbate Venezuela’s international isolation”.

This latest furore follows a recent visit to the country by UN special rapporteur Alena Douhan who appealed to various governments, including Portugal’s, to release the billions in Venezuelan assets held by various banks (click here).