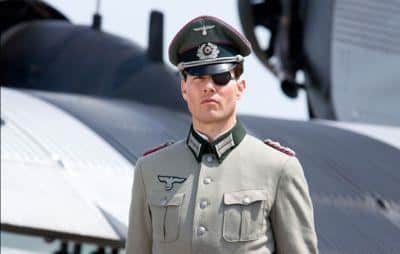 Historical thriller based on true events that occurred during World War II.  A little known true story about the humanity of a few Nazi officers is brought to life in this gritty film.

Tom Cruise stars as Colonel Claus van Stauffenberg, an officer in the Nazi army, who leads a plot to assassinate Hitler in July 1944.

The film depicts the sacrifices made by the Nazi Officers who realised the horror being created by Hitler and aimed to stop him at whatever cost.