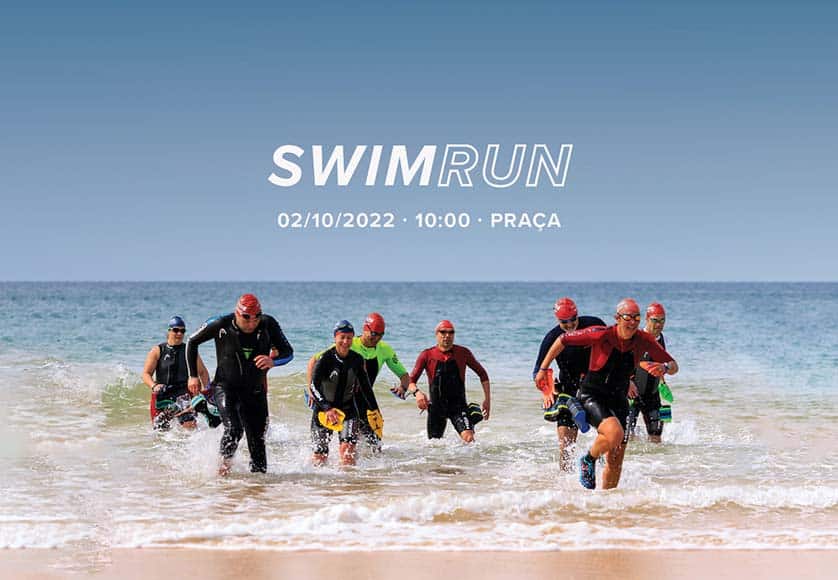 Registrations are open for the first ‘Vale do Lobo SwimRun’, which will take place on Sunday, October 2 at Vale do Lobo.

“This resistance sport, which has been gaining popularity on an international level, involves multiple transitions between swimming in open waters and running,” organisers explain.

The sport originated in Sweden and differs from similar sports – such as triathlon – as there are no stops for athletes to change equipment or clothing.

The race at Vale do Lobo – which is organised alongside SwimRun Portugal and will be part of the national SwimRun circuit – will feature two routes: ‘Standard’, which will challenge athletes (alone or in pairs) to swim for over 4.3km and run for over 20.3km (around 24.6km in total); and ‘Sprint’, a shorter route with 1.8km of swimming and 12.8km of running (14.6km total).

The routes will take athletes to some of the most iconic local landmarks, say organisers, from the famous Falésia, Vale do Lobo and Ancão beaches to the Vilamoura Marina and Quarteira promenade, as well as the nearby golf courses and boardwalks.

“With vast natural surroundings, and trails for walking, running and cycling, Vale do Lobo wants to establish itself as the ideal area for those who love or are curious about swimrun races,” the resort says.

Athletes can sign up online at www.swimrunportugal.com/valedolobo, with prices starting at €35.

‘Vale do Lobo SwimRun’ is part of the resort’s ‘Sports Showcase’ week, which runs from September 24 to October 2 and will feature many other events promoting sports and a healthy and active lifestyle.