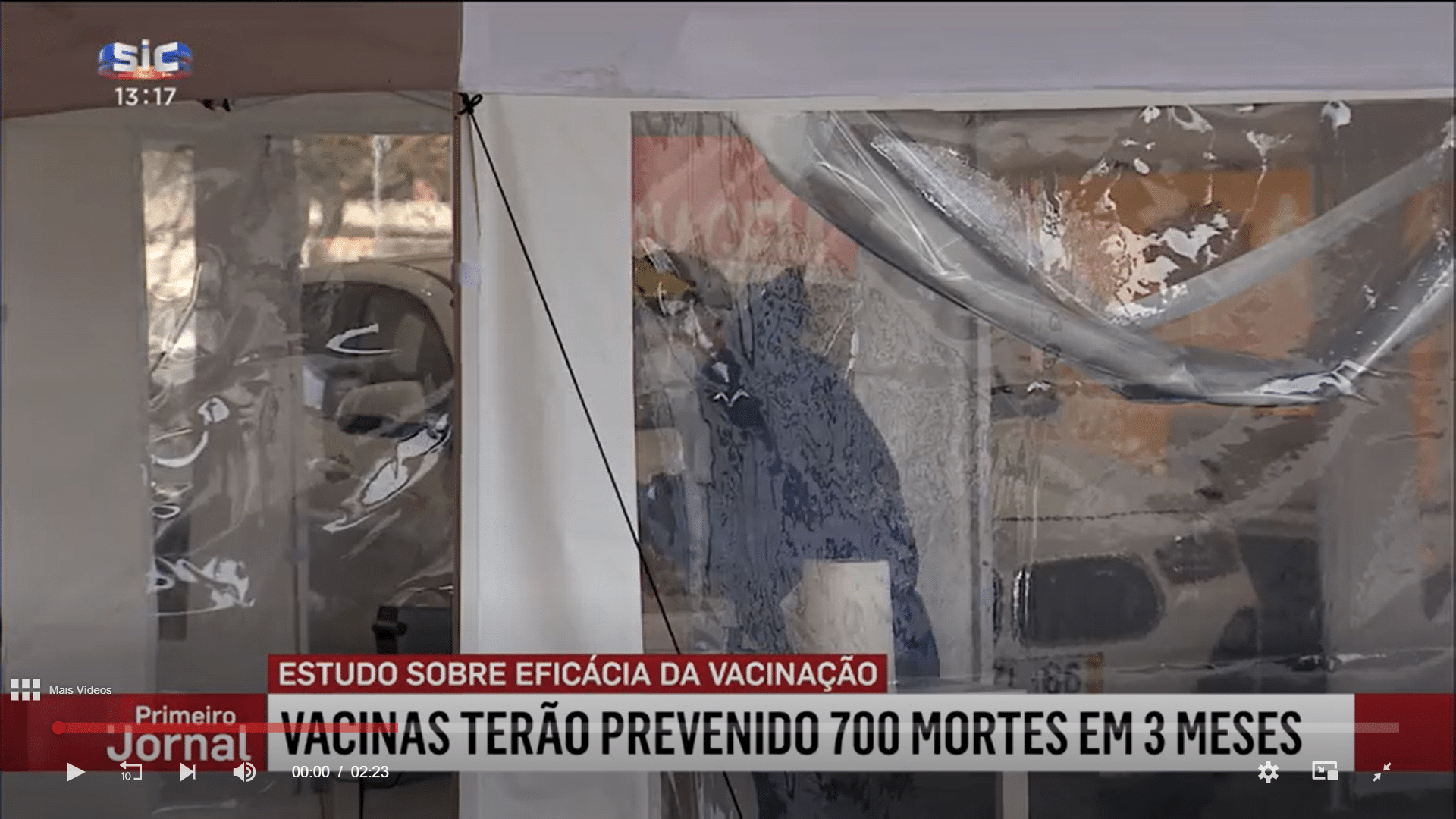 This is one of the headlines today as the country registers another 3,794 ‘positive cases’ for the SARS-CoV-2 virus with 16 further deaths in the last 24-hours.

The number of ‘recoveries’ from testing positive is once again closely in step with the number of new cases (this time a tad below at 3,232).

Another point worth remembering is that these often depressing figures announced everyday are rarely interpreted as ‘good news’. But viewed from a different angle, these thousands of positive cases should, in theory, add to the number of people considered ‘immune’ – if not to qualify for a Covid Digital Certificate, at least to confer some extra degree of confidence in those that have tested positive while displaying negligible symptoms.

Deaths however have been seen to be on the increase – although a new study coming out of Porto university’s Institute of Public Health concludes that even so, the vaccinations administered since January in Portugal have “avoided at least 700 deaths in the last three months”.

This week’s average has been seven – albeit the last few days have seen fatalities rise and stay within double digits.

Says SIC, “the pattern of mortality hasn’t altered significantly. It continues to be the more elderly who die the most, but it is also in this age group that there is the greatest reduction” (in deaths).

Meantime, the media case count continues, with Rádio Renasçenca explaining today that Porto is now ‘running ahead of Lisbon’ (actually this is by only five cases: Lisbon registered 1,450 new cases in the last 24 hours, Porto 1,1455).

The station also highlights how four municipalities in the Algarve are running with an incidence level of over 1,000 cases per 100,000 population.

The ages of the 16 people who died are generally given out on the evening news.

Yesterday, as in previous days, the vast majority of deaths came in victims over the age of 70. What is always missing is clinical history: we are never given any information on how well or otherwise the Covid fatalities were before entering hospital with serious symptoms from infection with SARS-CoV-2.

SIC however explains that the percentage of mortality now in people who have tested positive for Covid-19 is 0.3%.