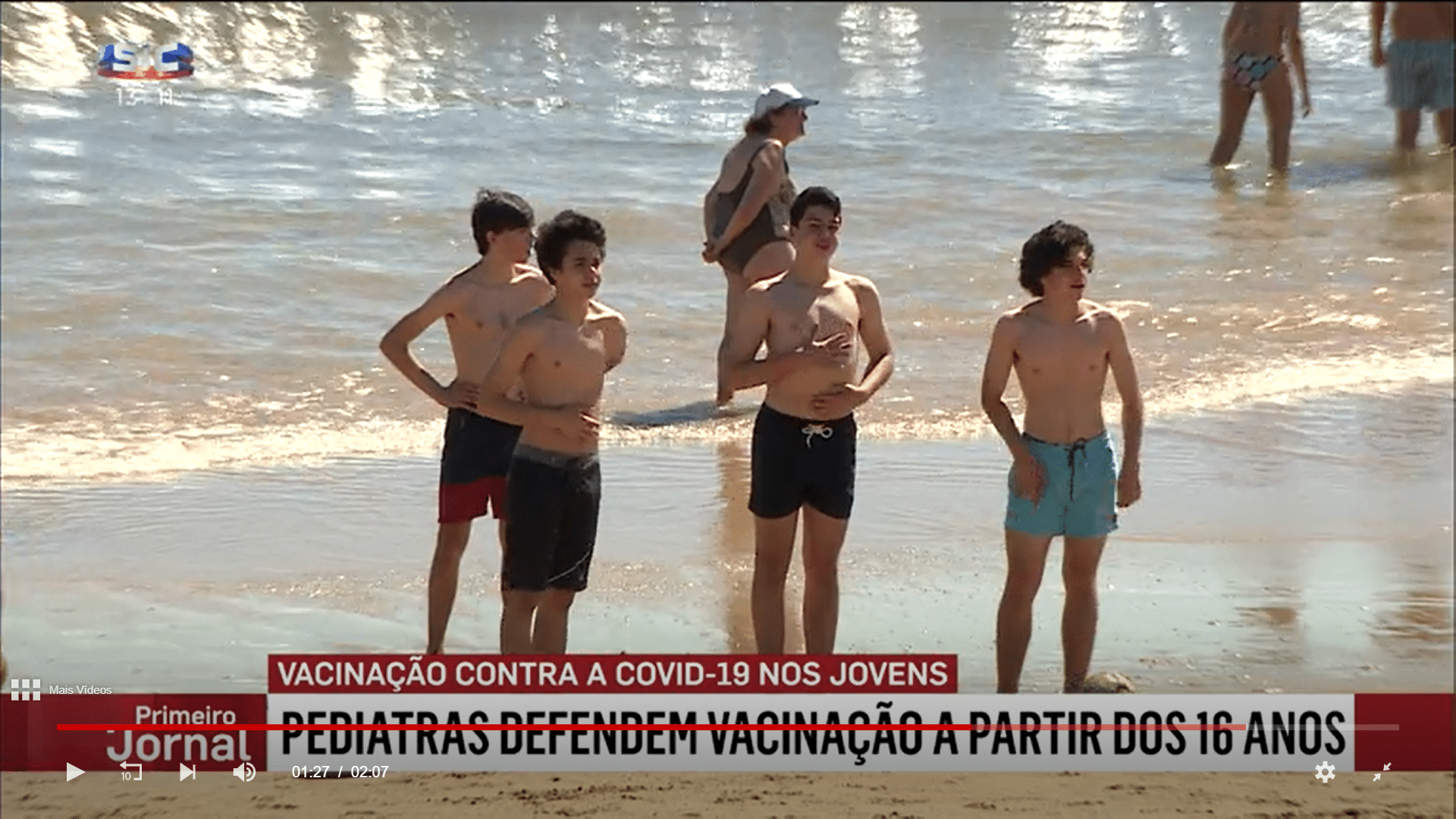 Pediatric intensive care doctor Francisco Abecasis has spoken out against Portugal’s decision to ‘analyse the vaccination of over-12s against Covid-19’.

Health minister Marta Temido has already said vaccinations will be rolled out in the under-18s from the end of August – the inference being that authorities would be targeting teens from the ages of 16 upwards.

But Válter Fonseca, president of the vaccine technical commission, has since confirmed the idea is to go even lower, from the ages of 12 upwards.

Madeira has already announced that it will be vaccinating the over-12s in time for the new school year.

SIC television news ran a ‘public opinion’ phone-in slot on these developments this morning, with Dr Abecasis as one of the guests answering people’s questions.

The programme followed a call yesterday by ‘pediatricians and pneumologists’ that “younger people should have a vision of community” and accept the vaccines as a way of helping to combat the pandemic.

But Dr Abecasis explained this may well not be ethical, or even legal.

He said youth vaccination programmes elsewhere (the United States and Israel being two countries that have flagged issues) have already started reporting secondary effects that do not affect adults, particularly myocarditis (heart inflammation).

“These are new vaccines”, he told SIC’s news anchor. “Not all of them are the same and there have been some alerts in more younger children”.

Just as children can develop Multi Systemic Inflammatory Syndrome following infection by SARS-CoV-2 – something which doesn’t happen in adults – so they can respond to the vaccines in different ways as well.

In other words, “there is a sign of alert. We don’t know the exact dimension of this problem and for this reason we advise prudence until there is more data.

“We really need to have more data before we can advise a universal vaccine in pediatric age groups”, he repeated.

Indeed Dr Abecasis seemed to stress that not to wait for further data “could put the whole vaccination programme at risk, which is the last thing we would want.

“Another very important issue is ethics”, he continued. “Is it legal to vaccinate a child to protect adults?”

He described health authority thinking right now as “vaccinating an age group to control a pandemic that doesn’t affect them (the age group) in terms of developing serious illness”.

Dr Abecasis’ opinions came as a number of people seemed to urgently be querying merits, or otherwise, of responding to the government’s latest policy with regards to children.

The policy has been driven largely by the fact that the whole notion of herd immunity has ‘slipped’ somewhat since the spread of more infectious variants.

Whereas at the outset of the vaccination programme thinking was that 70% of the country being inoculated would be sufficient for herd immunity, the understanding now is that it would have to be much be more in the region of 80% to 85% – hence the focus currently on children.

The European Medicines Agency approved rollout of the Pfizer vaccine for 12-15 year olds in May: the move was always seen as ‘just a question of time’ before a decision came knocking at Portugal’s door.