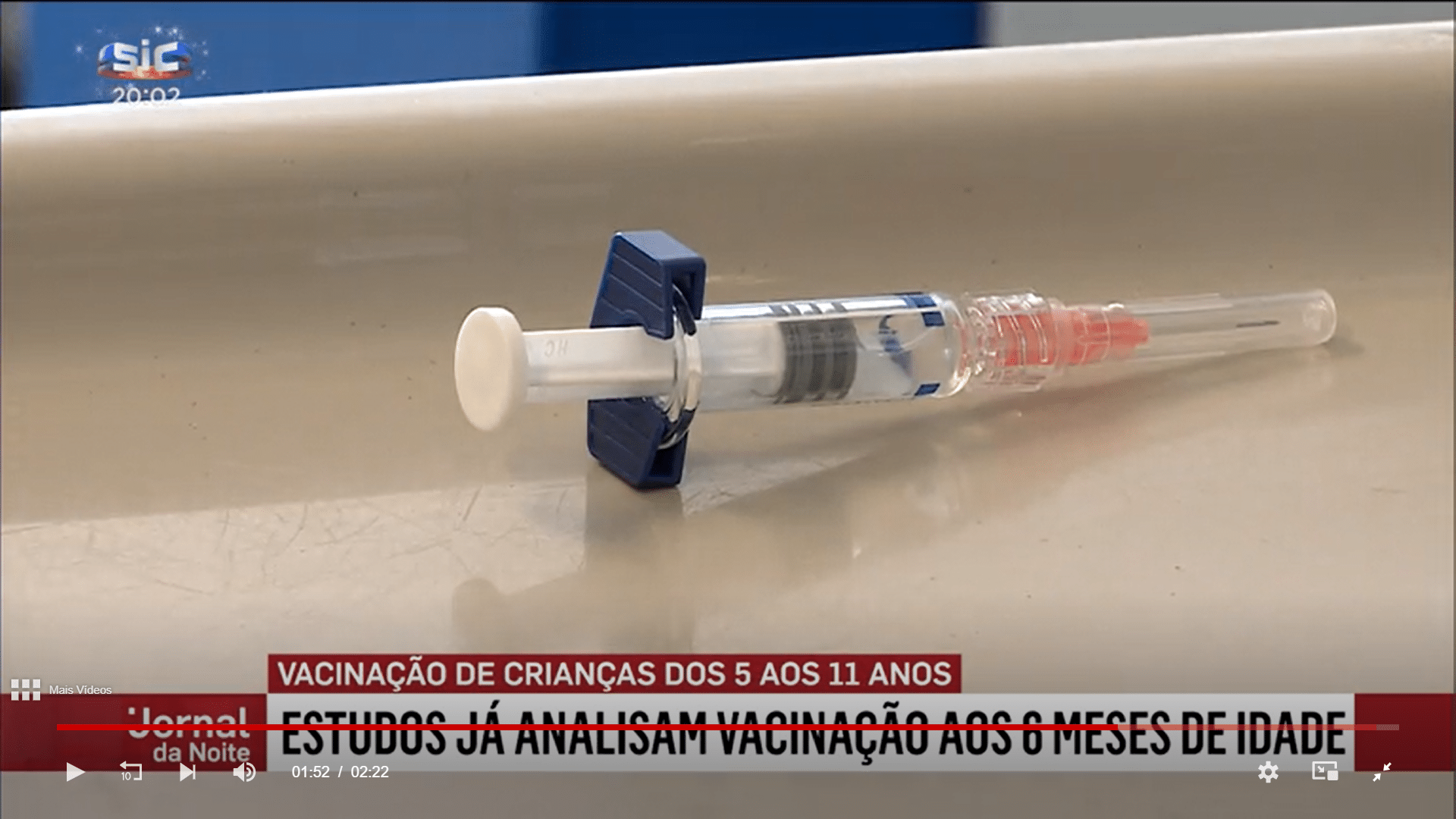 There is a distinct feeling in the media that authorities are preparing the ground for 5-11 year olds to be vaccinated against Covid-19, but refusing nonetheless to say either way.

After a decision was forecast for yesterday, reports corrected themselves: it will come now only “in a few days time”.

But it will come. And it will be in the affirmative: politicians have been saying what “very good news” it is, in spite of the lack of concrete decision-making, for weeks.

Television commentator Luís Marques Mendes told news anchor Clara de Sousa on SIC over the weekend that the decision was ‘hours away’.

Since then it appears media stories have simply been preparing the way: describing how parents have doubts; need further clarification that the vaccines are indeed safe.

This assurance is being duly given by both DGS and government sources: “the vaccines are safe”; “the benefits outweigh the risks”, “the doses are adjusted” to the smaller size of the recipients, etc., etc.

The vaccine technical commission has insisted that first to be vaccinated should be  children with chronic diseases, while 700,000 child vaccines have been purchased (so there is little doubt that authorities expect them to be used).

Say reports, there are 630,000 children between the ages of 5-11. “The government has not committed itself to a date for starting vaccinations (in this age group), but SIC knows that the plan is to administer the first dose before the start of the second period (Easter term), which should begin during the second week in January”, writes SIC on its news website today.

Specialists who have stopped short of recommending the vaccine for healthy 5-11 year olds, have couched this reticence with the fact that a decision, by the DGS, should take into account the social and educational benefits of doing so. These aspects are expected to tip the balance, as DGS orientation is that, in the case of virus outbreaks, unvaccinated children should be the only ones made to self-isolate (even though the vaccines do not stop transmission).

With all the toing and froing of opinions and assurances, SIC slipped in a report yesterday about how pediatricians see it highly likely that the vaccines against Covid-19 will end up being given to babies from the age of six months.