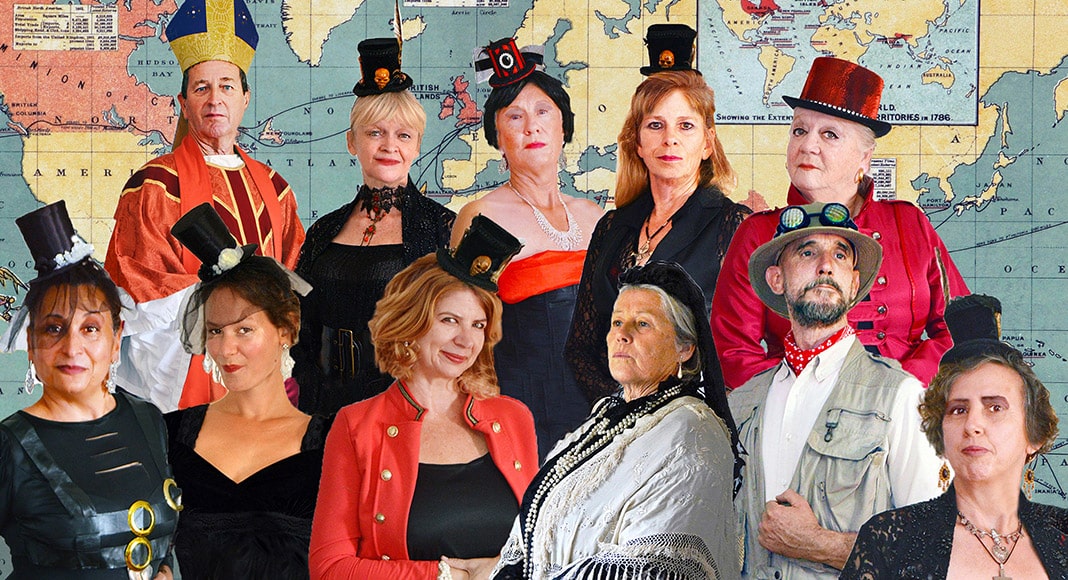 Observing the latest rules associated with Covid 19, new safety precautions are being brought into action. A vaccination certificate is needed in order to join the audience attending performances of ‘The Great Pretenders’ at São Brás Museum.

The digital certificate is easily printed at home, or downloaded onto your mobile phone, from the sns24.gov.pt website and complies with government directions.

The play takes a comic look at history, examining Britain’s role in bringing the Portuguese monarchy to an end.

Prince Carlos of Portugal, a relative of Queen Victoria and heir to the Portuguese throne, was an eligible bachelor looking for a wife. Many of the most noble and royal families in Europe put forward candidates. Some of them eccentric, opinionated and entirely unsuitable young ladies – until the French Princess Amelia of Orleans comes onto the stage!

Becoming King Carlos and Queen Amelia of Portugal, there is a showdown when Britain challenges them and their government over land in Africa. At this point, Cecil Rhodes and his ambitious plans become a major problem and the play recounts a fascinating story.

The cast of 12 is mostly dressed in Steampunk costumes echoing the fashions of the time. Presenting a play that is educational and entertaining, it questions the rules of monarchy in a witty and amusing way.

Beneficiaries of the show: Bombeiros de São Brás – for the purchase of protective clothing and equipment

Don’t forget to bring your vaccination certificate and a mask.