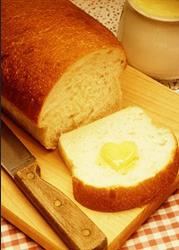 THERE HAS been much publicity recently about the EU trying to force further European harmonisation on the British consumer. According to several UK newspapers, the Commission has been determined to get rid of the British pint of milk in its pursuit of one-size-fits-all EU harmonisation, and even the size of the British sliced loaf of bread is apparently under threat.

The papers lamented that this mass destruction of British traditions was already a done deal, complaining that it was due to be ‘simply waved’ through the European Parliament by MEPs without protest.

I have had many letters and e-mails from local constituents who have read such articles and who are, understandably, extremely angry. They have asked for my support for a major campaign to be launched to stop the EU meddling, but I have said no.

The simple reason is that, like so many scare stories in the British press designed to sell more newspapers, the story is frankly back-to-front. The British pint and the British loaf are under no such threat. In fact, the opposite is true – the Commission has proposed not extra regulation but less regulation. For the first time in recent memory, the Commission proposal is actually to repeal some EU Directives instead of producing yet more. We should be cheering, not complaining.

For some time, there has been an action programme in Brussels called SLIM, standing for Simpler Legislation for the Internal Market, a programme which a number of us have been very active in backing. The objective has been, not only to bin certain projected future EU laws, but to revisit existing laws to make them much more user-friendly. This whole story is actually one of the clearest signs yet that this programme is not just about spin, but is really being delivered.

It is true that a few days after the story hit the press, the proposal was indeed passed by the European Parliament with a massive majority. I was personally delighted to have the opportunity to vote in favour. The result has been not to dump the pint or the sliced loaf, but, in fact, to preserve the freedom of countries such as the UK to market such items in whatever unit sizes their consumers prefer. It has swept away all the unnecessary rules that have fixed the pack sizes arbitrarily on a wide range of products across Europe, allowing producers, consumers and ultimately national governments to decide what is right for them. As so often, the papers got the story wrong.

It is time people started “using their loaf” and stop believing all the EU comments they read in the UK press. Unless, of course, I have written them …